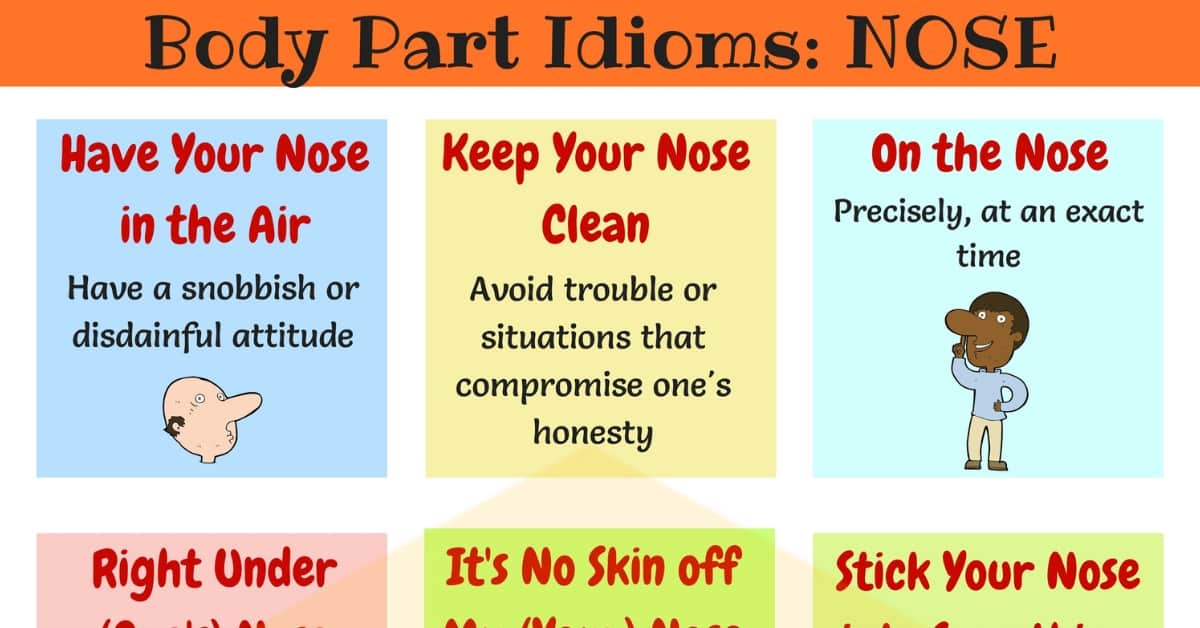 NOSE Idioms and Sayings! Learn commonly used expressions and idioms about nose with meaning, ESL picture and examples in English.

Nose Idioms with Meaning and Examples

Cut Off Your Nose to Spite Your Face

Have Your Nose in the Air

Rub Someone’s Nose in (Something)

Stick Your Nose into Something

Have a Nose for (Something) 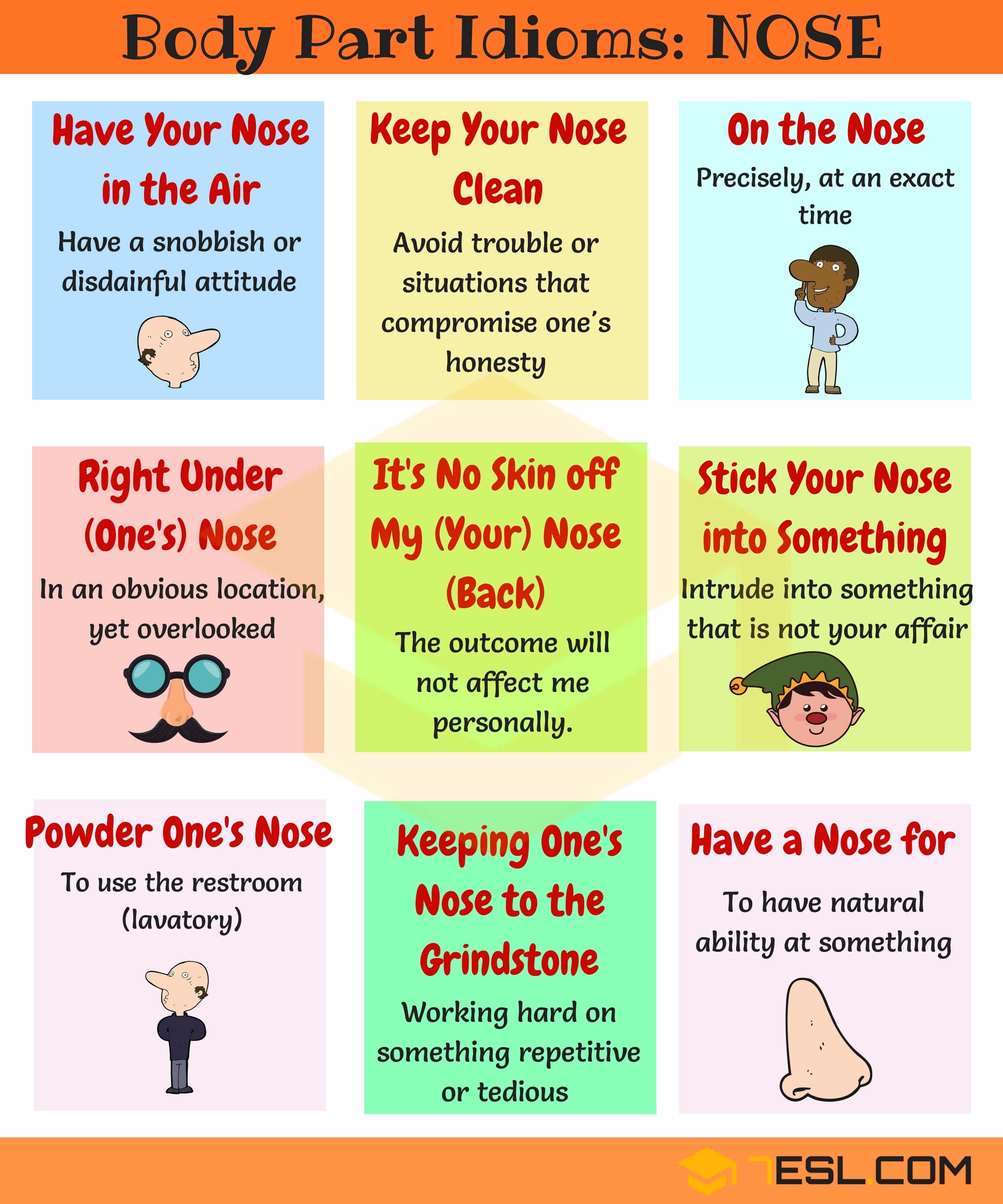 What about someone’s nose being out of joint? When someone is put out about something.