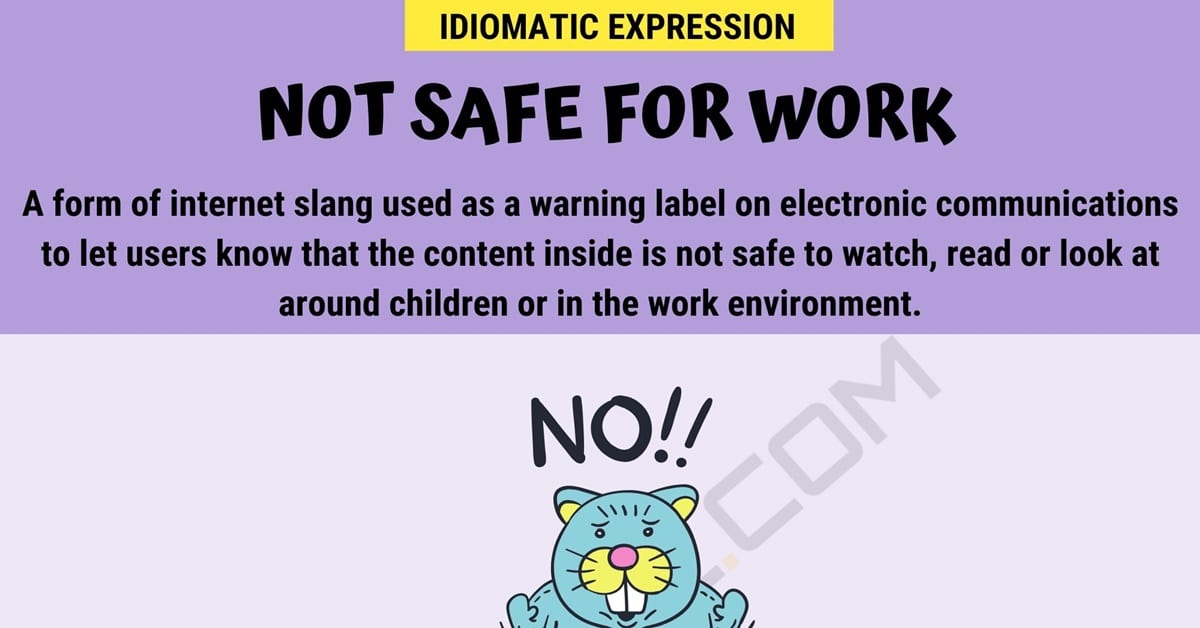 The phrase “not safe for work” may be a phrase that you hear or see used in everyday conversation or writing. Here you will find the meaning of this phrase and the information about its origin. You will also find examples of this phrase used properly in conversations/statements and some alternative ways you can say this phrase and still convey the same meaning.

Not Safe For Work

Not Safe For Work Meaning

The phrase “not safe for work” is a form of internet slang used as a warning label on electronic communications to let users know that the content inside is not safe to watch, read or look at around children or in the work environment. It is specifically put on content that is sexual or contains some other type of explicit content.

Typically abbreviated NSFW, the phrase “not safe for work” was first used on the Snopes forum after a woman warned users that children use the site and could access the content they were sharing. She recommended that users post a warning so that kids would know not to open content that was not appropriate for them. The acronym NBSFK was then used to mark unsafe content for children. It wasn’t until 2001-2002 that the acronym was shortened to NSFW and that the use of this label became popular in the United States to label questionable content.

“Not Safe For Work” Examples

A statement in the local paper after a woman made a fuss for being fired.

A statement made by a celebrity jokingly talking about her stiletto heels on the red carpet.

A conversation between a boss and his employee.

A conversation between a husband and his wife on her first day on the job.

Other Ways to Say “Not Safe For Work”

There are several alternative ways to say “not safe for work” and still convey the same meaning. Some of the alternate ways you could say this phrase include:

Not Safe For Work | Picture 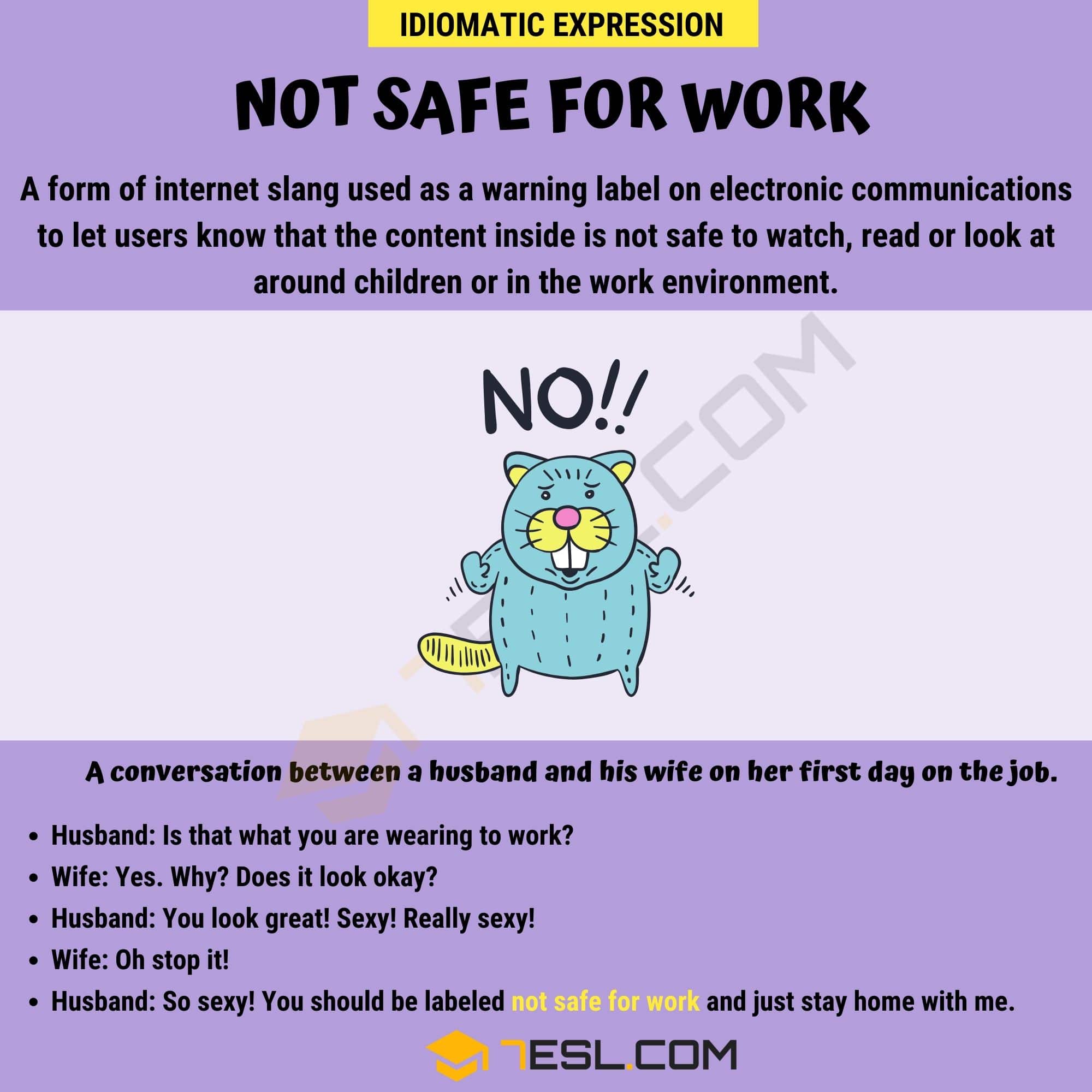