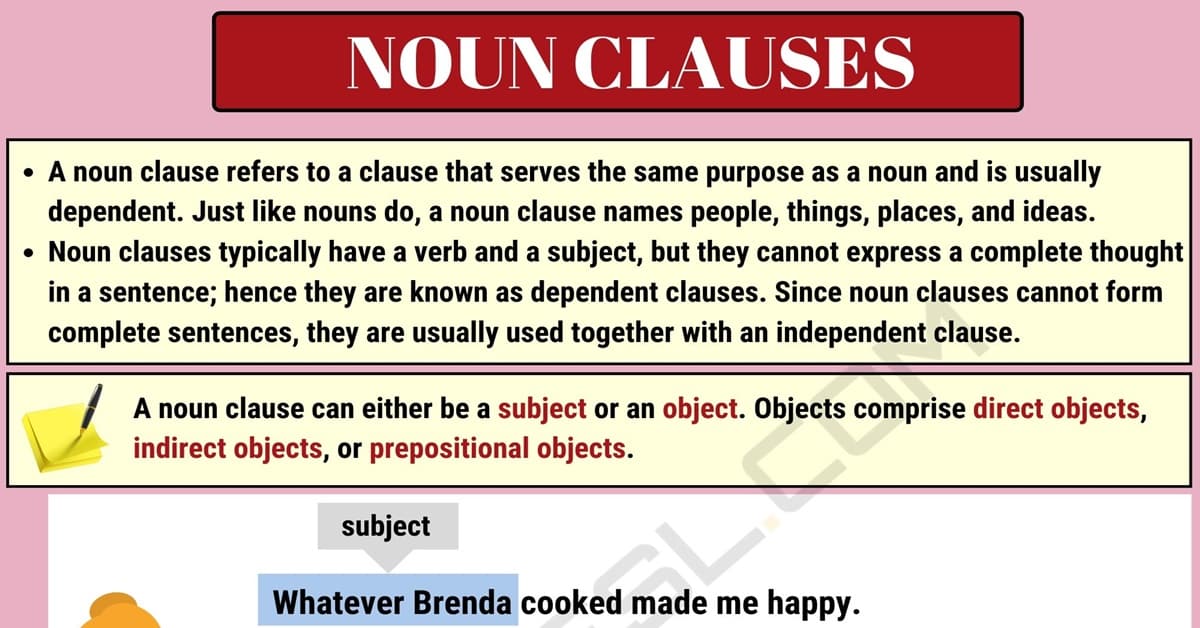 What Is a Noun Clause?

A noun clause refers to a clause that serves the same purpose as a noun and is usually dependent. Just like nouns do, a noun clause names people, things, places, and ideas. Noun clauses typically have a verb and a subject, but they cannot express a complete thought in a sentence; hence they are known as dependent clauses. Since noun clauses cannot form complete sentences, they are usually used together with an independent clause. This article gives in-depth insights on noun clauses and the examples of noun clauses.

How to Identify a Noun Clause

Noun clauses have words like; whatever, whichever, whoever, whomever, how, what, when which, whether, whom, who, why at the beginning. The simplest way to identify a noun clause is thus to check for such words. However, it does not mean that just because these words are present in a sentence, they indicate the presence of a noun clause. At times, they might represent an adjective clause. For example, The village where I live is a good place for farming. In this sentence, the clause “where I live” is an adjective clause and not a noun clause because it describes the noun “village.”

Components of a Noun Clause

The two key components are a subject and a verb.

A subject usually describes what the sentence or clause is about.

The noun clause in the sentence is “what Joan loves most,” and it talks about the subject “Joan.”

There is also another noun clause, “how the actors express,” which is about the actors. Actors are thus the subject in the clause.

A verb is a doing/ action word.

The noun clause in this sentence is “whichever dinner dress you,” whereas the words “can wear” and “want” are verbs.

The noun clause here is “how the girl wore,” and it has the verb “wore” and the subject “the girl” The clause acts as a subject since it talks about how t the girls wore.

The noun clause is “What the homework entails” and comprises of the subject “homework” and the verb “entail.”

The noun clause is “whichever dress I hand to her,” It is the direct recipient of the verb action “wear.”

An indirect object identifies the individual to whom/ for whom a verb action is done.

The noun clause is “whoever customer you serve” it contains a subject “whoever” and a verb “serve.”

“Whoever taught you” is the noun clause that acts as an indirect object, and it comprises of a subject “whoever” and a verb “taught.”

As a Prepositional Object

The noun clause is “whoever is excellent in the skill,” whereas “with” is the preposition.

The noun clause is” why certain things exist” and “about” is the preposition.

A noun clause serves a similar role as a noun. It comprises of a verb and a subject. To quickly identify a noun clause in a sentence, one can look for words like whoever, why, whatever, whichever, what, how, and many more. A noun clause can either act as a subject or an object. Objects include; prepositional objects, indirect objects, and direct objects. 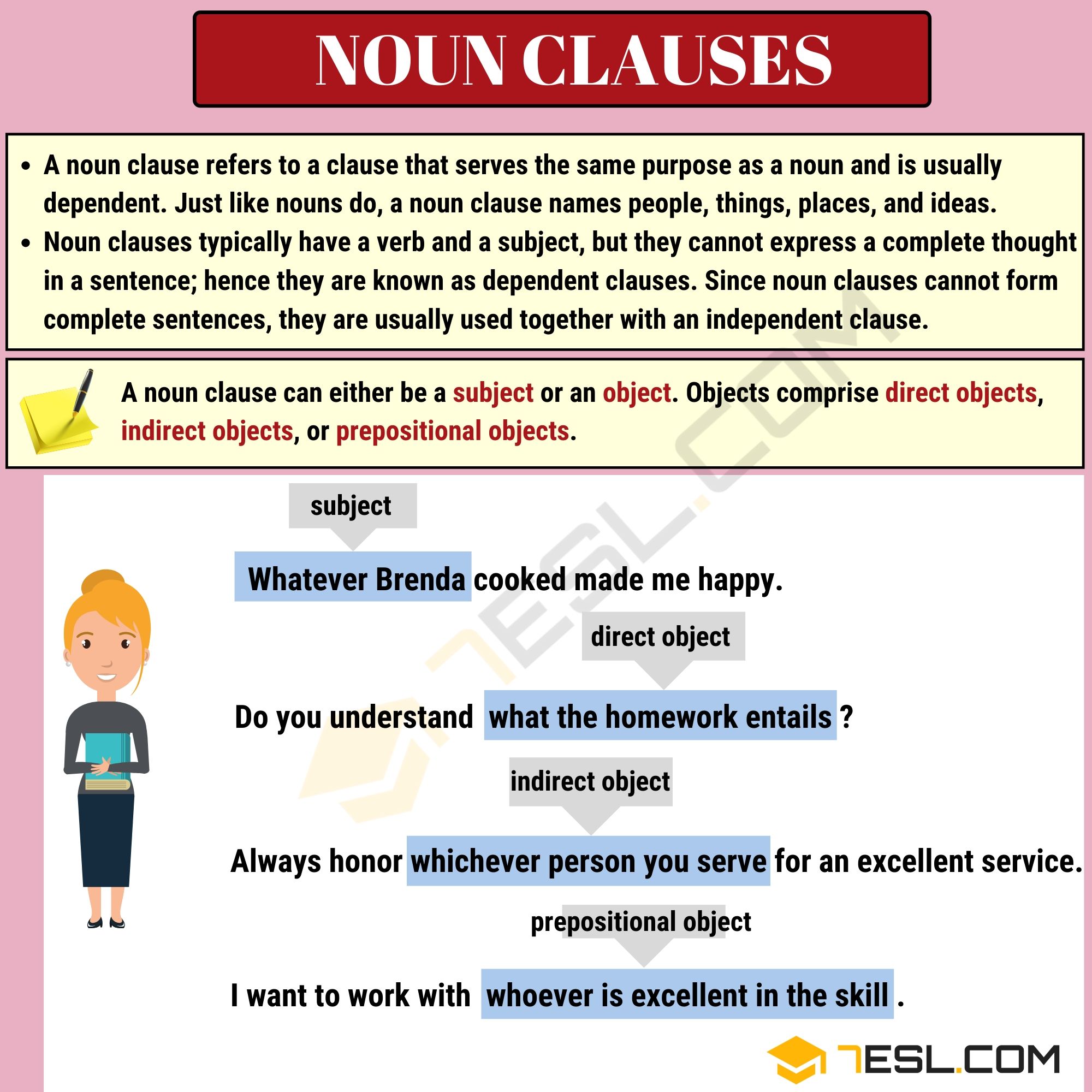 You have added few examples for noun clauses.

Hi
How are you

Pls more examples of the subject ,you only gave one