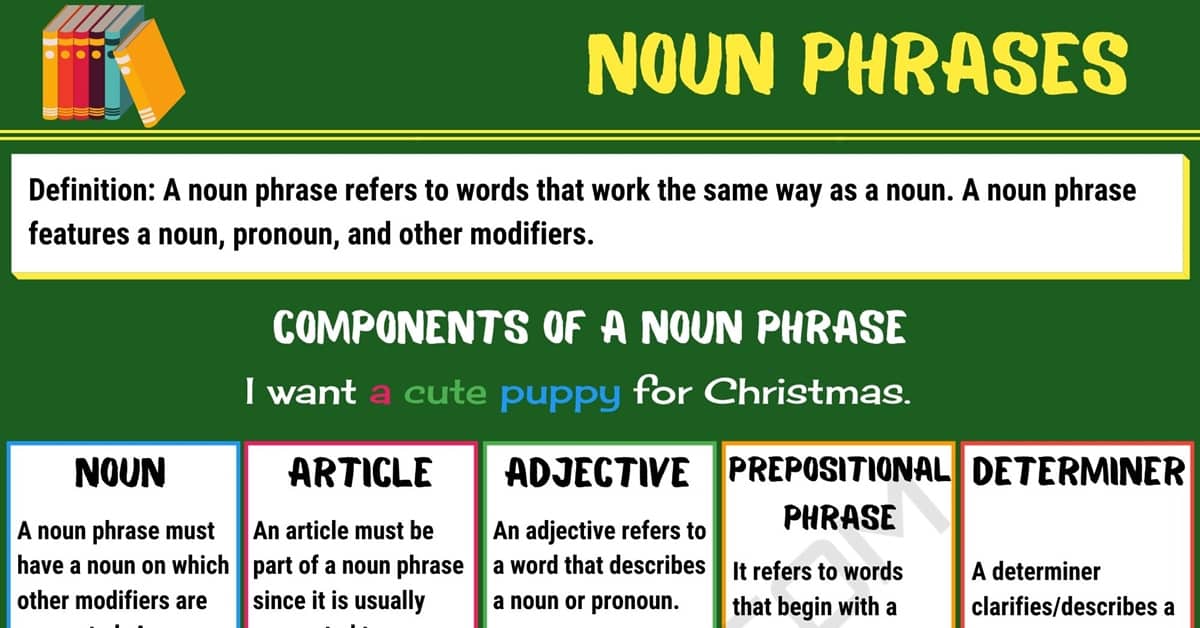 What Is a Noun Phrase?

A noun phrase refers to words that work the same way as a noun. A noun phrase features a noun, pronoun, and other modifiers. In this case, a pronoun is used in place of a noun, and it could either be an indefinite pronoun or a subject pronoun. An indefinite pronoun refers to a pronoun that does not specify a particular place, person, or thing. Words like anybody, everyone, someone, and nothing are good examples of indefinite pronouns. A subject pronoun, on the other hand, is a personal pronoun lie I, she, and he. A noun refers to the name of a thing, place, or person. This article gives you more insights on noun phrases, take a close look.

Components of a Noun Phrase

A noun phrase must have a noun on which other modifiers are connected. A noun refers to the name of a person, thing, or place.

In this case, the nouns doctor, drugs, and hospital represent the names of a person, thing, and place, respectively.

An article must be part of a noun phrase since it is usually connected to a noun. In modern English, articles include a, an, and the.

In this noun phrase, there is an article “the,” which is joined to the noun “office.” The subject in this sentence is the office.

An adjective refers to a word that describes a noun or pronoun.

In this case, the adjective is “handsome,” and it describes the “man” Both words form a noun phrase, and they are also the subject in the sentence.

It refers to words that begin with a preposition but has an object at the end.

The prepositional phrase in the sentence is ” in the dressing room” It gives details about the location of the clothes and also modifies “clothes.”

A determiner clarifies/describes a noun. Examples include; those, these, that, this.

The determiner “these” describes the noun and forms the noun phrase “these girls.”

Noun phrases can be; a subject, direct object, indirect objects, complement, and object of a preposition.

A subject is a component of a clause or sentence that describes what the sentence/clause is about.

The subject in this sentence is “very many broken cars” since the sentence wishes to describe the cars. It is also a noun phrase in the sentence.

As a Direct Object

A direct object refers to a noun phrase, noun, or pronoun that is a recipient of a direct action of a verb.

The direct object is “book,” and it directly receives the action of the verb “bought” The phrase “for the whole class” also becomes part of the noun phrase.

As an Indirect Object

An indirect object identifies the person to whom or for whom a verb action is done.

The indirect object is the noun phrase, in this case, is “weak, sickly grandmother,” and it receives the food. The food is the direct object since it gets the verb action “cooked.”

A compliment gives details about a noun. A compliment follows verbs like; am, will, is, were, was, are.

As an Object of the Preposition

A prepositional object refers to a pronoun, noun, or noun phrase that precedes a preposition in a sentence.

The noun phrase in the sentence is “a dirty home” The preposition is “to.” 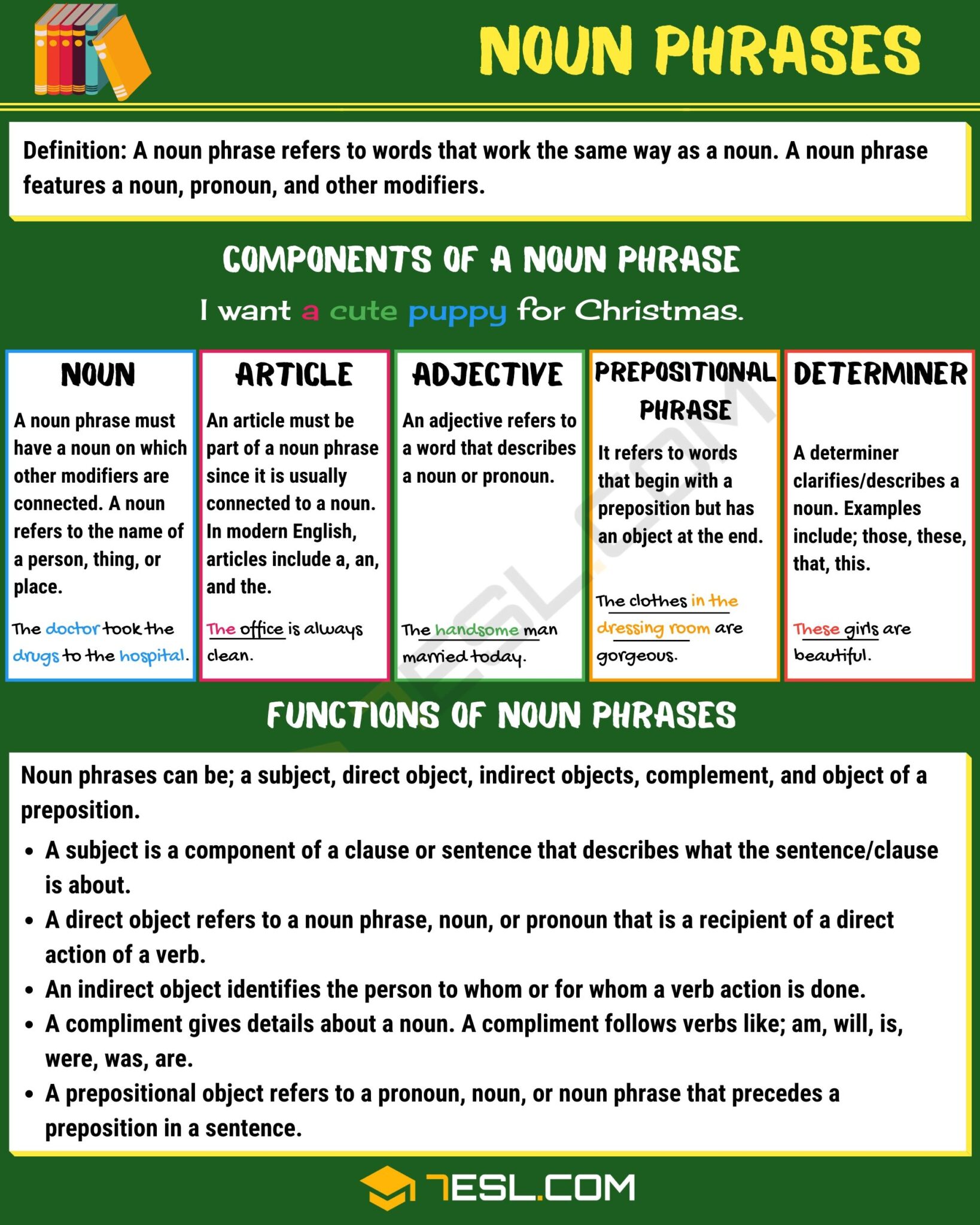 I’m from Indonesia. Thank you so much for your article.

your work is commendable. Also correct compliment to complement for verbs with incomplete predication. It is used here in noun phrase section on jpg page as well as in more information about the noun phrase. I regularly use your work on grammar for my children. thanks and regards