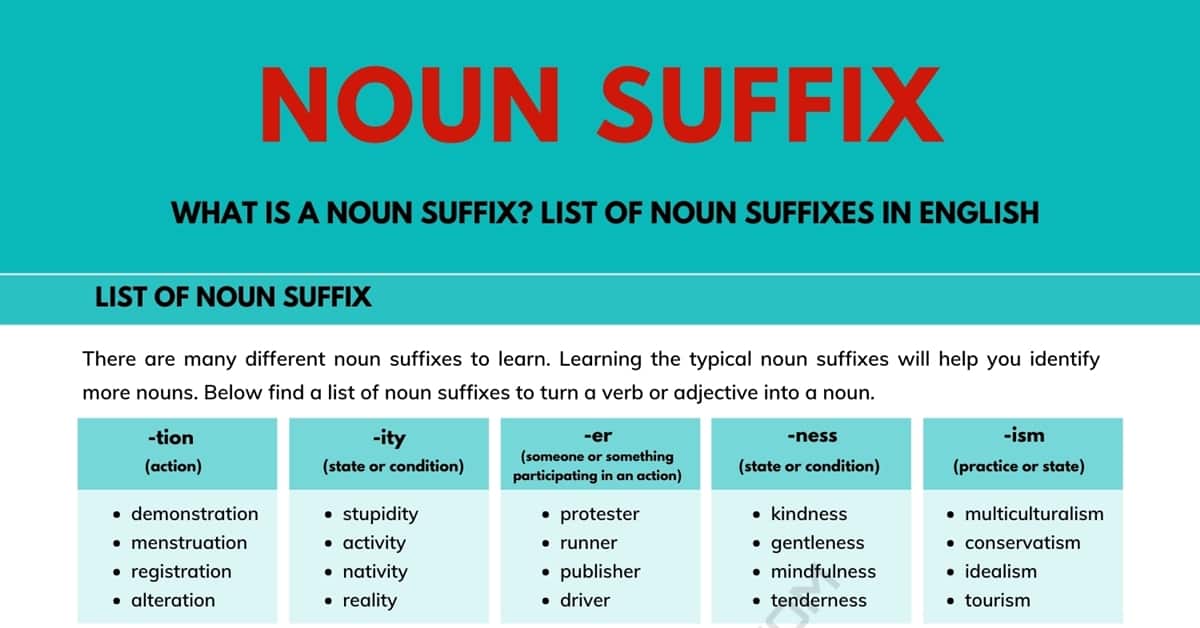 In the English language, you can categorize suffixes by grammatical function to create smaller units of study. Adjective suffixes and noun suffixes are examples of these grammatical categories. Each group has the ability to transform the function of a word.

What Is A Noun Suffix?

A noun suffix is a set of suffixes that change a root word‘s grammatical case into a noun. In other words, a group of letters placed on the end of the root word converts verbs and adjectives into nouns. These noun suffixes add new meanings to the root word. Also, they create a new word.

An easy way to create a noun from a verb is to add the -er ending to the root word. For example, adding –er to verb protest creates the noun protester. Adding the -er shifts the meaning from action to someone performing an action. In other words, a protester is a person who protests. Most words with the -er ending will be nouns. Knowing this can help you identify nouns more quickly in sentences.

The examples below show how to use a noun suffix in a sentence.

-er (someone or something participating in an action)

-ship (state of being)

-th (a state or quality) 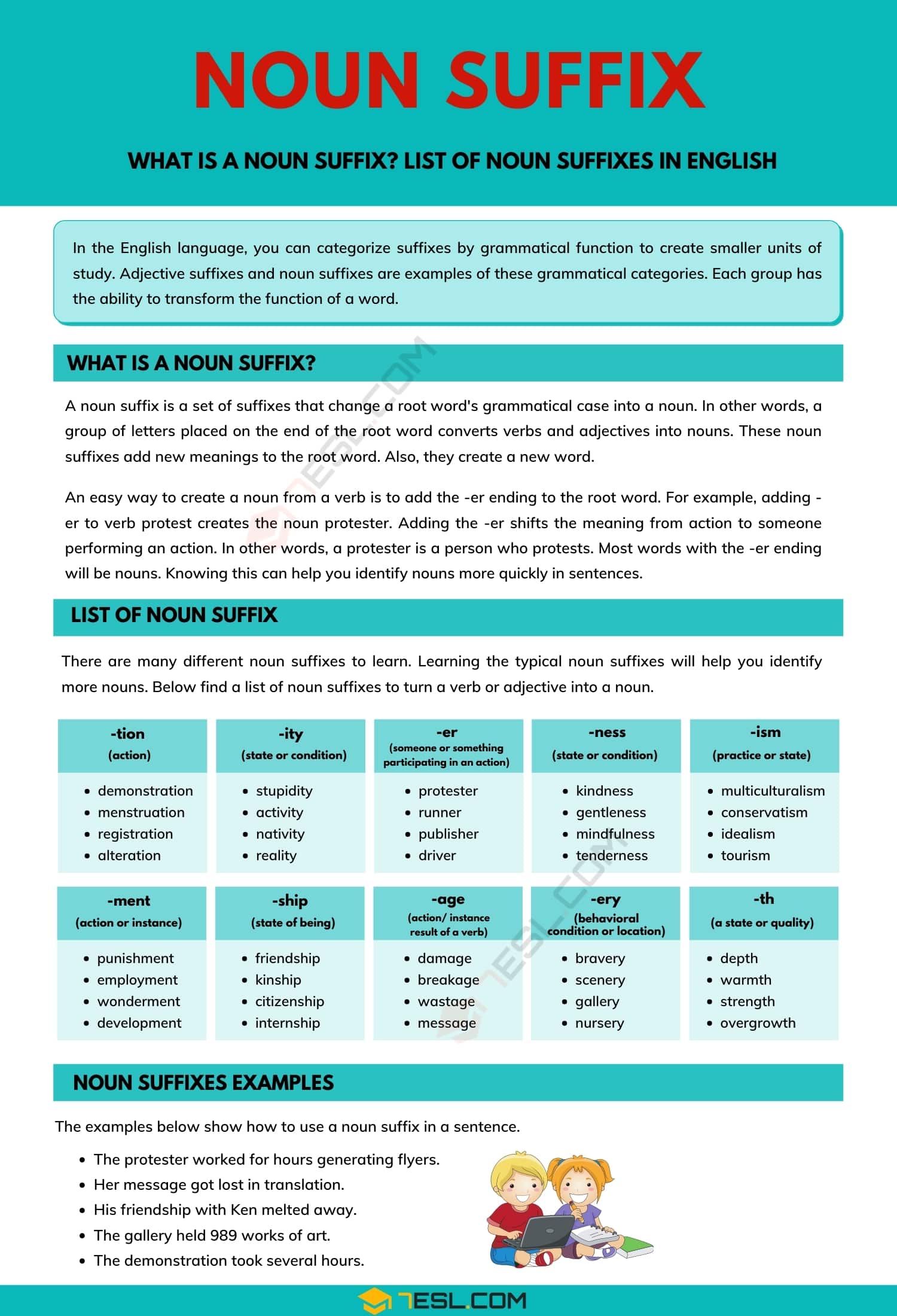