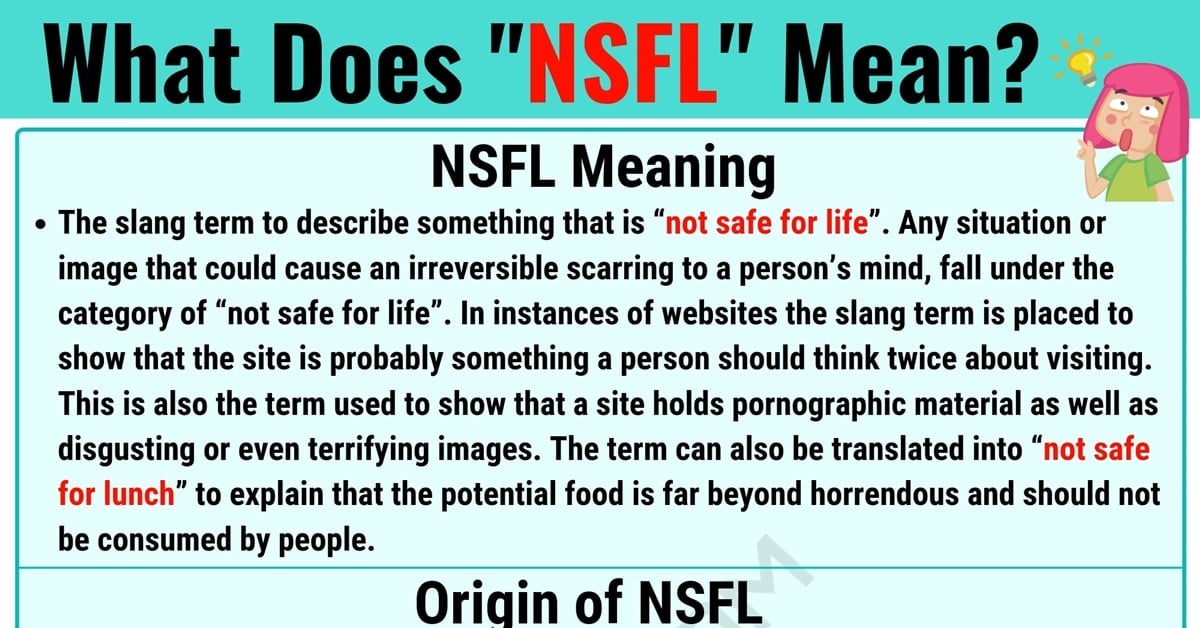 What does NSFL mean? It is an interesting phrase. The following lesson provides the definition and the usage of this online slang term with ESL infographic and useful texting conversations in English.

What Does NSFL Mean?

NSFL stands for “Not Safe For Life”.

The slang term to describe something that is “not safe for life”. Any situation or image that could cause an irreversible scarring to a person’s mind, fall under the category of “not safe for life”. In instances of websites the slang term is placed to show that the site is probably something a person should think twice about visiting. This is also the term used to show that a site holds pornographic material as well as disgusting or even terrifying images. The term can also be translated into “not safe for lunch” to explain that the potential food is far beyond horrendous and should not be consumed by people.

When a website has this term in the description it might be best to just take a pass and move on down the line. Things that are “not safe for life” could leave you scarred for life and wishing you had never peeked inside.

This slang term originated on a website that founded in 2005 based on a webcomic. The usage of the term USFW (Not Safe for work) took the internet forums by leaps and bounds. In a society that saw a need to camouflage language and images so that they concealed from school children saw the birth of this family of slang terms.

Those thoughts helped to launch the acronym that helped identify ‘nsfl’ soon became the go-to term signifying adult content on websites. Ironically, the creation of the term ‘nsfl’ started as a label for things far beyond the realm of NSFW. Those images and content that were so appalling or atrocious that the milder version was not enough to describe.

Here are the many ways this abbreviated term is used.

A package of food in company fridge with label that reads: This package is NSFL and not recommended to eat, contents should be checked.

This will happen when something may need thrown out of the fridge, someone is unsure if the item is old, and can always be used as a label trying to prevent people from eating your lunch.

Opening a website intended for adults only a pop-up banner reads: This site is NSFL must be 18 years of age or older to enter and view this page.

This is when it will be used to reference a website that may contain images unsuitable for kids. 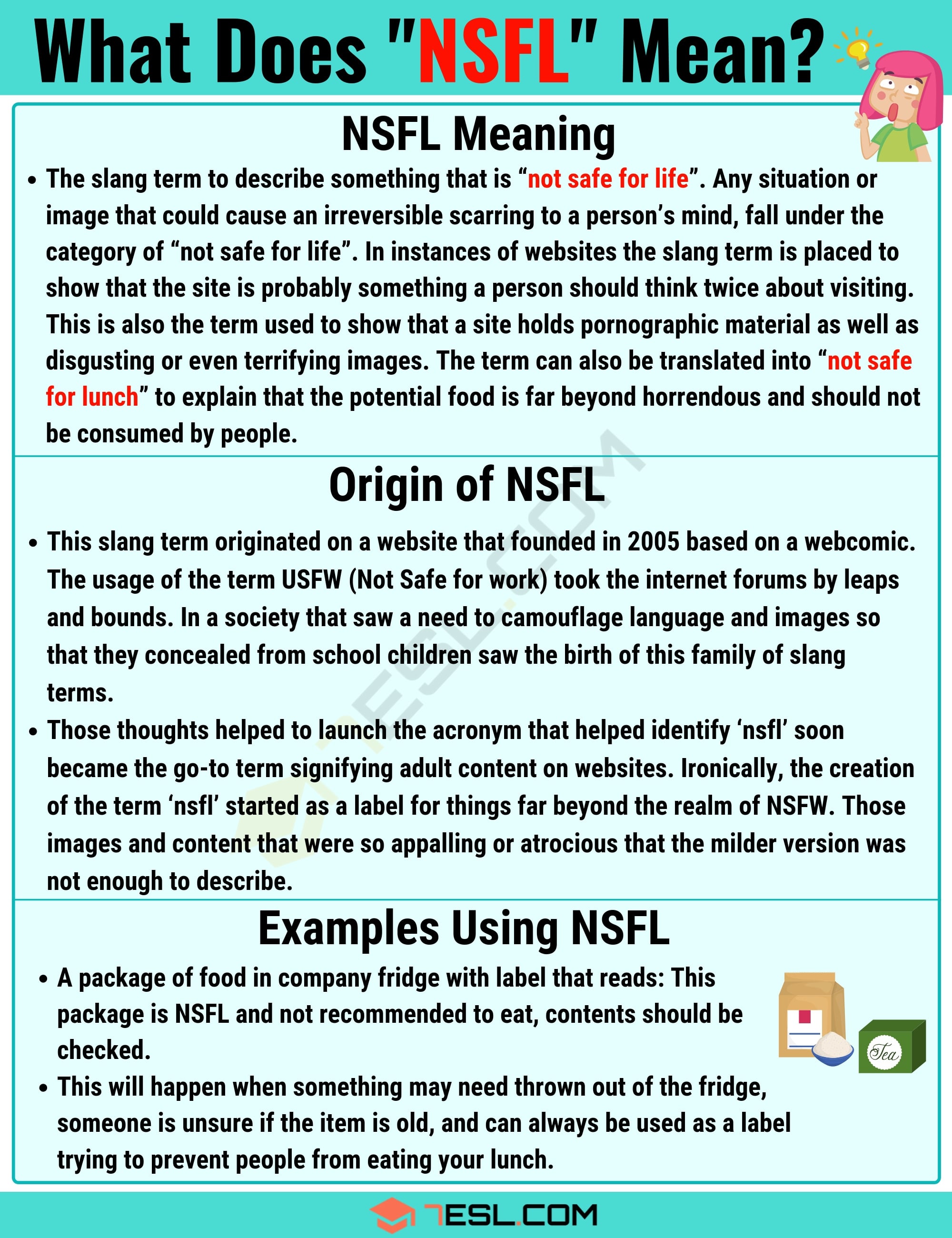