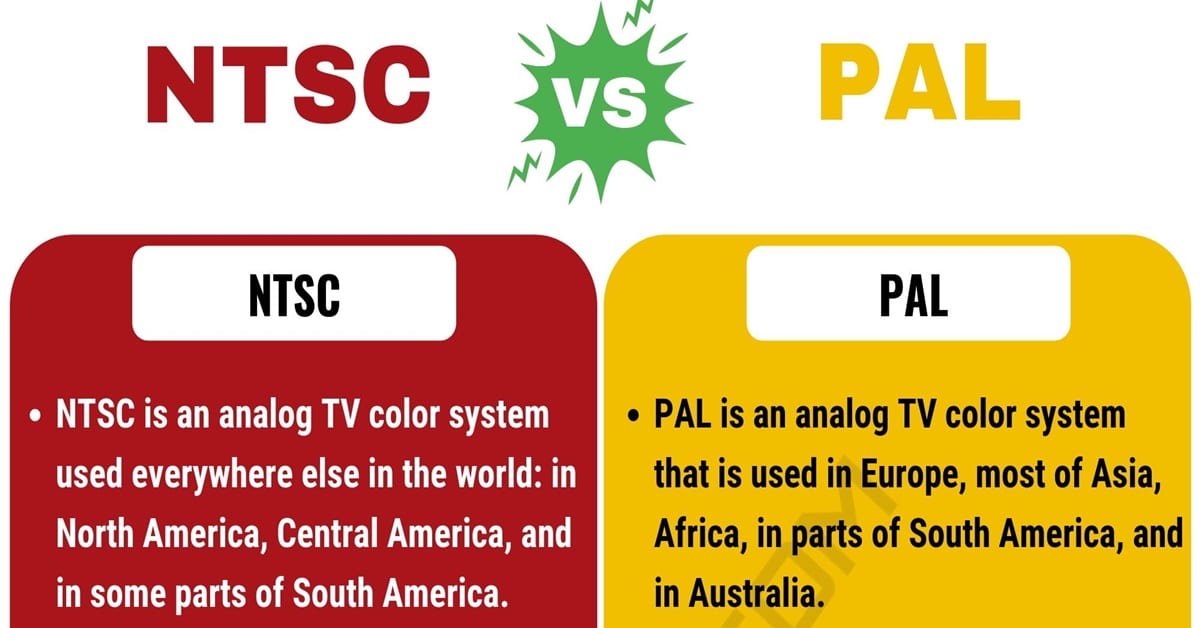 NTSC vs. PAL! If you’re a filmmaker or if you play a lot of videogames and watch a lot of movies, you might have heard about NTSC vs. PAL. But what are these formats? Does it make a difference if you use one instead of the other?

However, things do not end there: there’s more than just geography to these formats. Though very similar, these systems have one very big difference, and it is electrical consumption. In North America, power is generated at 60 Hz, while on all the other continents, we’re talking about 50 Hz. This makes a greater difference than it might seem.

The thing is, the frame rate of an analog TV and the power consumption are directly proportional to each other. Still, the fact that a TV needs 60 Hz to work, doesn’t mean that it will show 60 frames per second.

Every analog TV has a cathode-ray tube or a CRT, that beams light against the backside of the screen. Due to this, however, when the CRT beams light at the bottom of the screen, the image on the top starts to fade. To solve this problem, an analog TV “interlaces” the picture, still holding the image consistent to the human eye. As a result, NTSC TV gives 29.97 frames per second, while PAL TV runs at 25 frames per second.

Unfortunately for all the North American readers, this is the only advantage of NTSC over PAL: technically, PAL is superior. PAL has an increased revolution (625 lines in contrast with 525 of NTSC), and it is also more reliable. It’s worth mentioning that PAL wouldn’t work with black-and-white sets, but nowadays, this is very unlikely to be considered a disadvantage.

Today, when digital TVs replaces analog, NTSC and PAL still play a certain role. For example, some modern TVs might only support one of the two formats, so you might find it impossible to connect an Australian game console to an American TV.

However, many new TVs don’t have analog ports, so there is no reason to worry about NTSC vs. PAL anymore.

Difference between PAL vs. NTSC | Picture 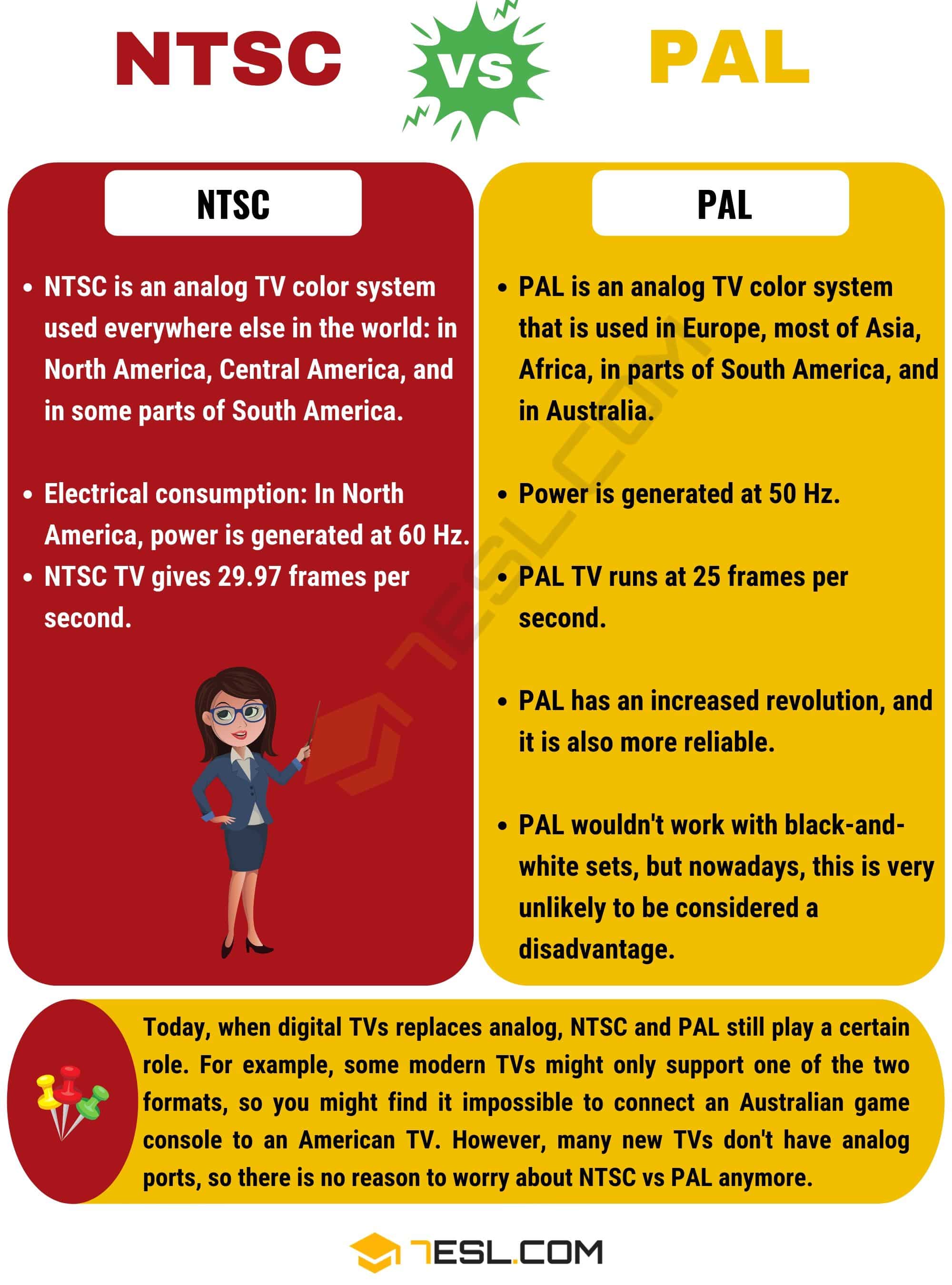 What’s the Difference between NTSC vs. PAL?