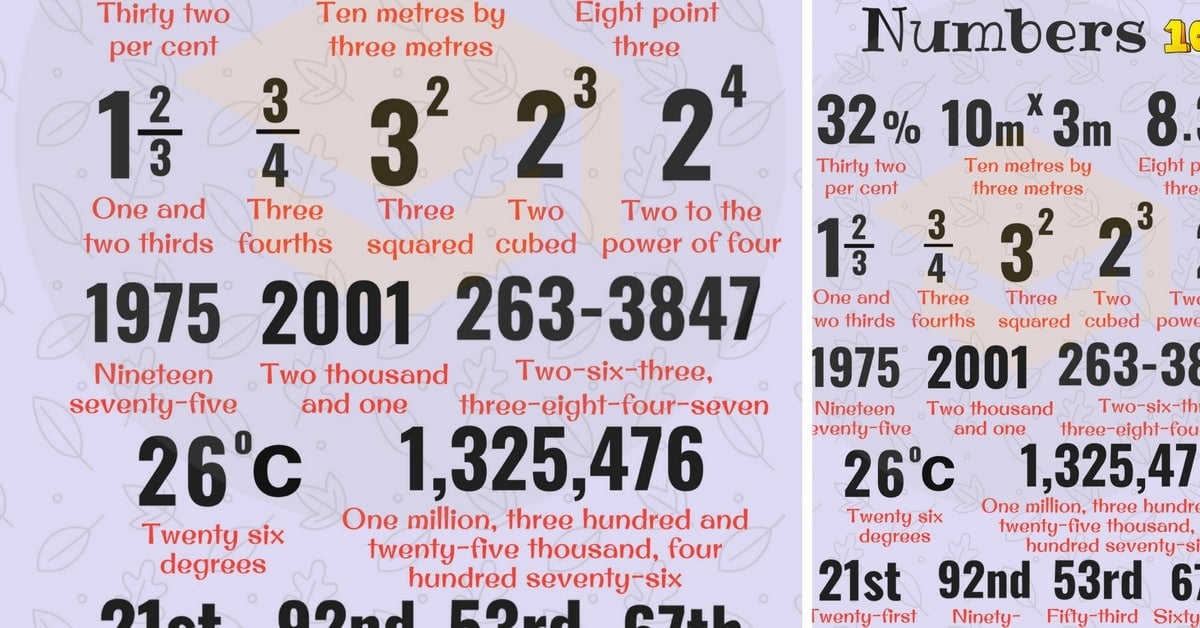 Numbers in Words! How to write numbers in words with examples and useful number charts. One of the most essential parts of learning another language is to have a good grasp on the numbers. It is not only important to be able to know their names and the digits but also how they are spelt. By adding numbers to your vocabulary, you will greatly improve your ability to communicate effectively, after all numbers are around us every day.

In this section, you will learn the names and terms associated with numbers in the English language.

In English, a number is a mathematical object used to count, measure, and label. It is important to use number words correctly in everyday language and communication. In this lesson, you will learn how to tell cardinal numbers, ordinal numbers, thousands, decimal numbers, fractions and other basic Maths symbols in English.

How to Write Numbers in Words

– Read as: Two to the power of four

– Read as: Two thousand and one

Also, learn how to count 1-100 with useful hundreds chart and examples.

Learn these examples of numbers to words to improve your Math vocabulary in English. 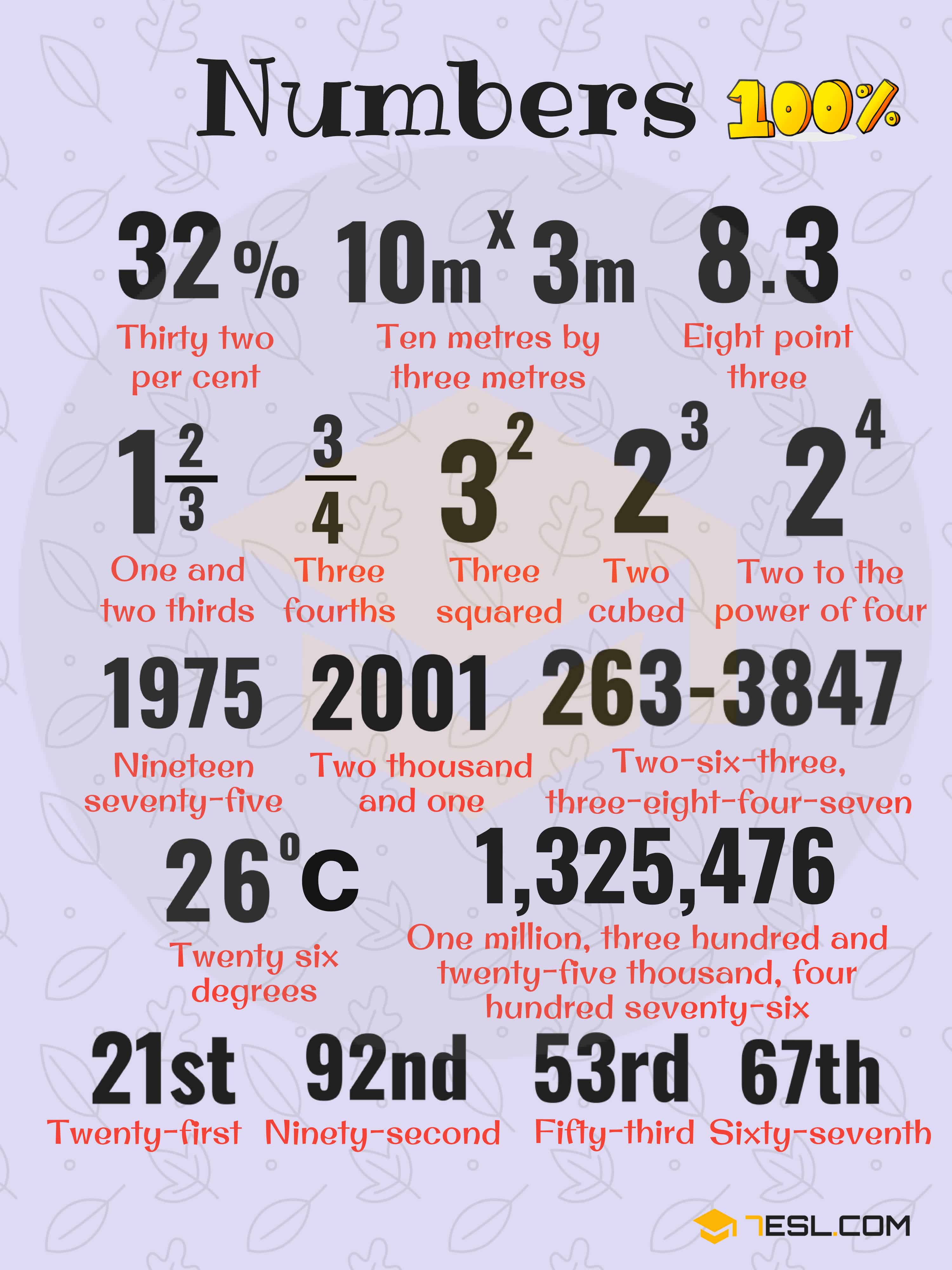 Number Chart: How to Write Numbers in Words | Video

Learn how to write and say numbers in words with American English pronunciation.

2 4 two to the power of four is wrong two to the tower to four is correct.

2001 you say TWO THOUSAND ONE. The word AND is when you are talking about dollar and cent. Example: $3.15 Three Dollars and Fifteen Cents. 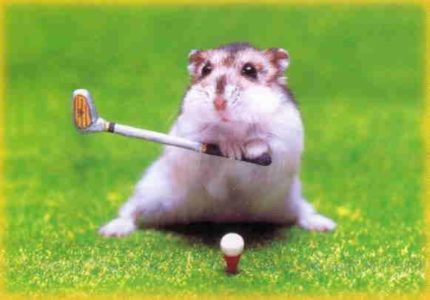