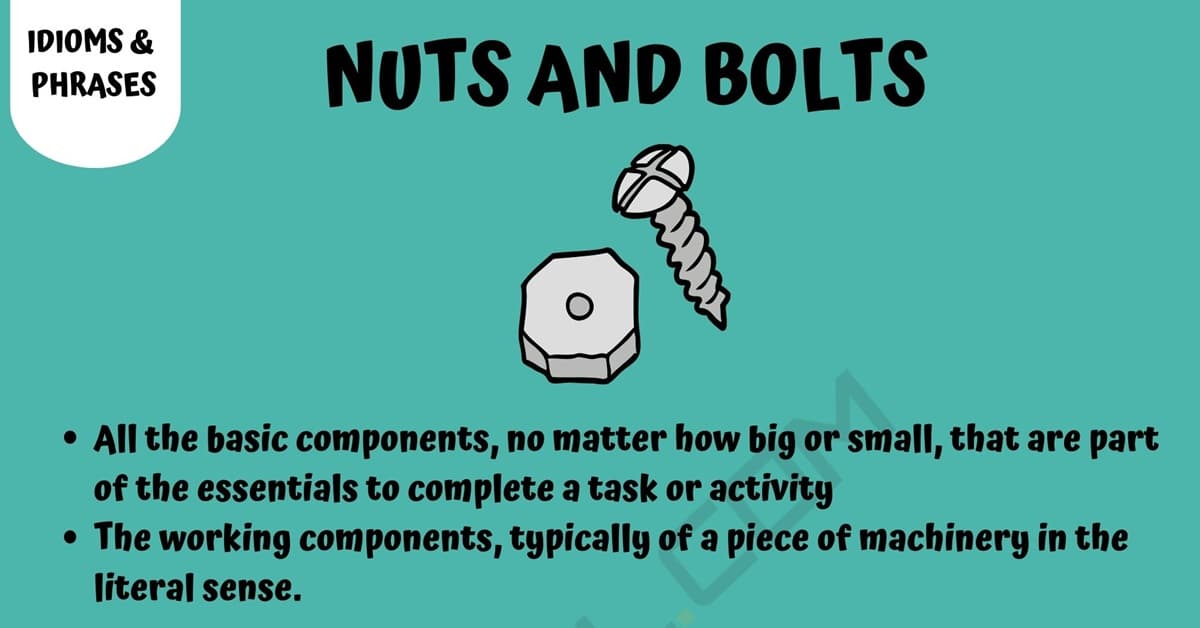 The idiomatic phrase “nuts and bolts” is a common phrase used in everyday communication. Here you will find the meaning of this phrase and the its origin story. You will also find conversation/statement examples of how to properly use this phrase and other ways that you can say the phrase in more literal terms.

The phrase “nuts and bolts” means all the basic components, no matter how big or small, that are part of the essentials to complete a task or activity. This phrase also means the working components, typically of a piece of machinery in the literal sense.

There is very little information available as to the origin story behind the idiom “nuts and bolts.” The phrase made its first appearance in 1947 used in the literal context of the second meaning above. The most likely occurrence is that the phrase simply caught on and became widely used to describe the components of any situation, rather than just describing that of machinery.

A statement made in a company email.

A statement made on a local radio show.

A conversation between a father and son after the completion of an oil change they did.

Other Ways to Say “Nuts and Bolts”

As with most idioms, there are quite a few literal ways this phrase can be said that convey the same meaning. Some of the things you could say include all the components, all the inner workings or all the basics that make it work.

What does “Nuts And Bolts” Mean? | Picture 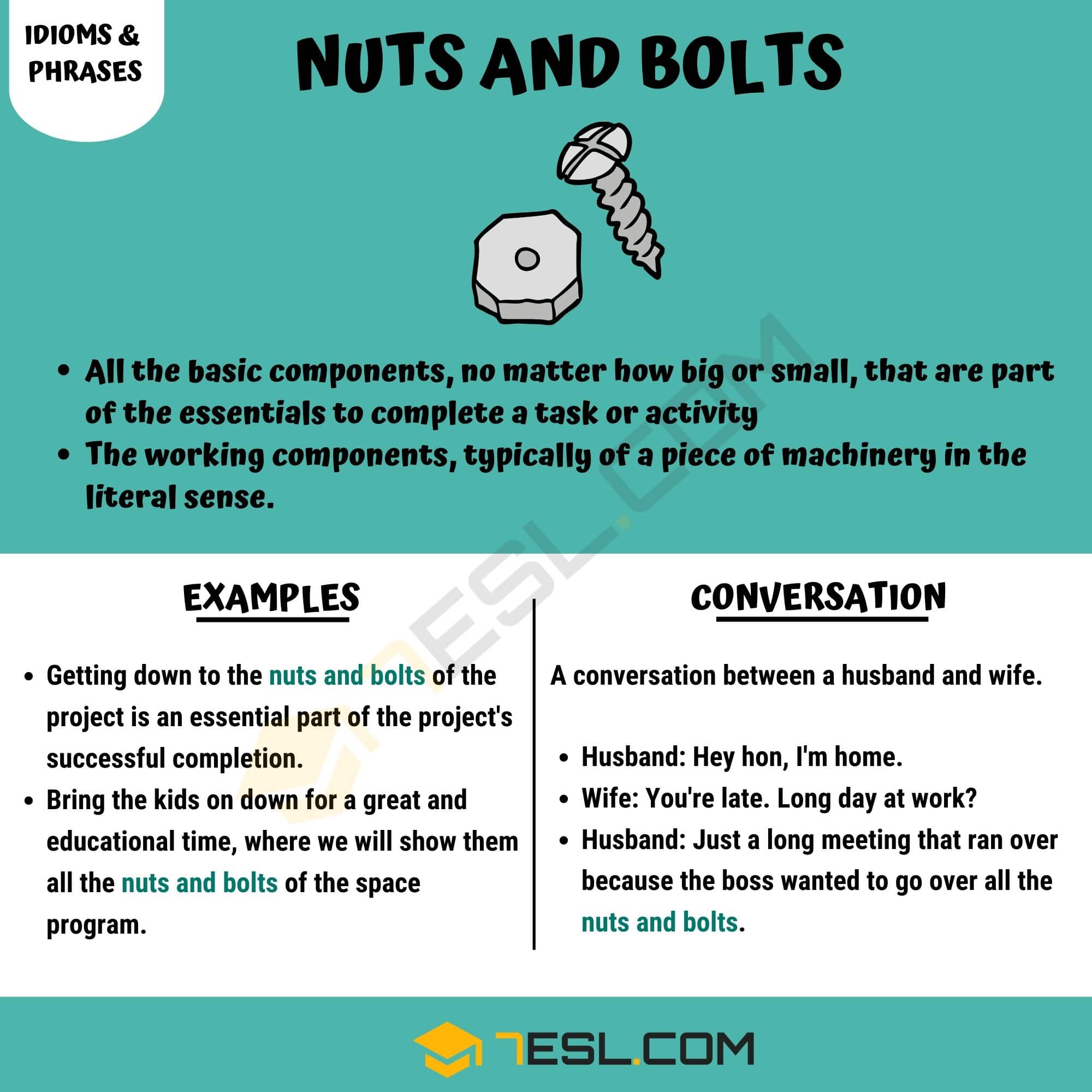