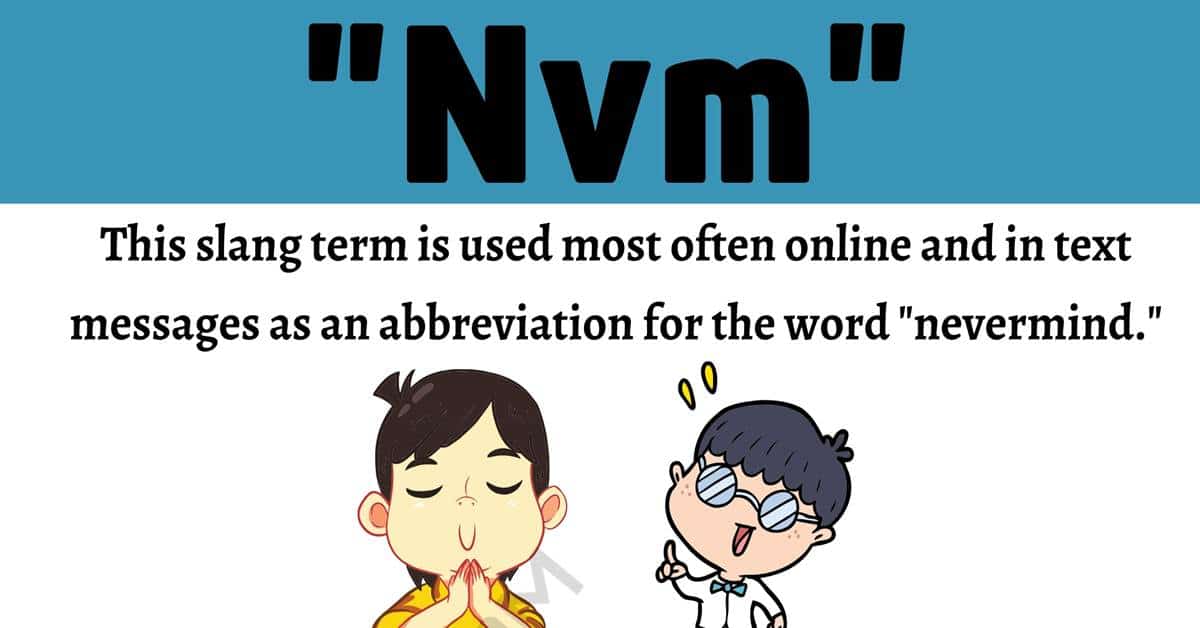 The slang term “nvm” is used frequently in all forms of electronic communication. If you have encountered this term being used and were unsure of its meaning, you have come to the right spot to learn all about it. Here you will find the meaning of this term, the details of its origin, and some other meanings it may possibly have if there are any to be found. You will see the term used properly in some example conversations to help you better understand its meaning as well. Lastly, you will see some other words or phrases that you can use in its place to convey the same meaning.

What Does “Nvm” Mean?

This slang term is used most often online and in text messages as an abbreviation for the word “nevermind.” It is used to tell someone to forget about something previously mentioned because you either figured it out for yourself or they just aren’t getting what you are trying to explain.

The first usage of the term “nevermind” was recorded in 1795. It was originally used to mean that people shouldn’t worry about or trouble themselves over something. The term has evolved slightly since then, but still basically means the same thing. When the internet and text messaging came about, the term was shortened to this slang abbreviation to make it easier, quicker, and more convenient to type.

There are currently no other known meanings for this slang abbreviation.

There are several synonymous phrases that you can use in place of this single term to mean the same thing. Some of the other ways you could say this word without changing its meaning include: 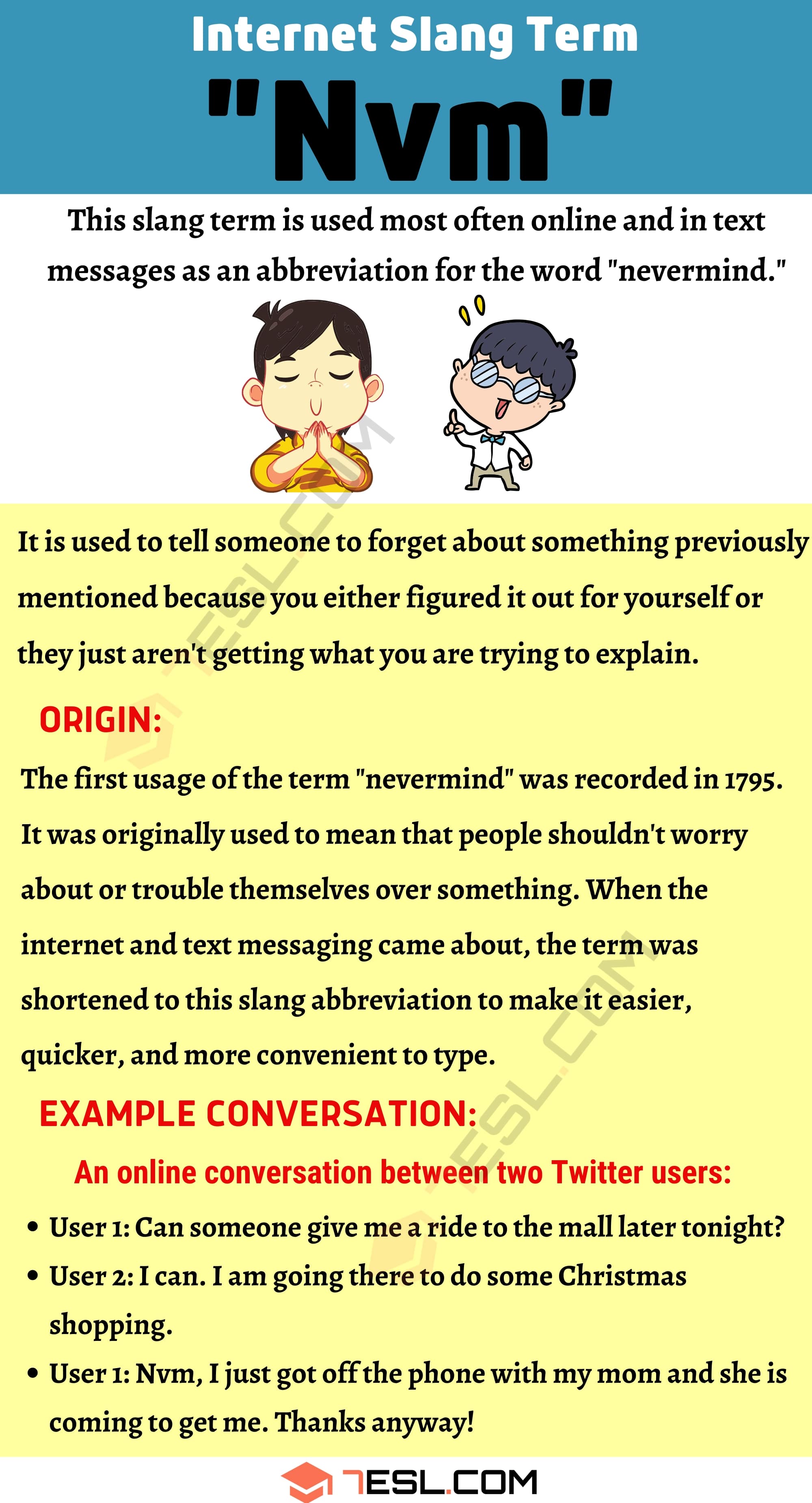