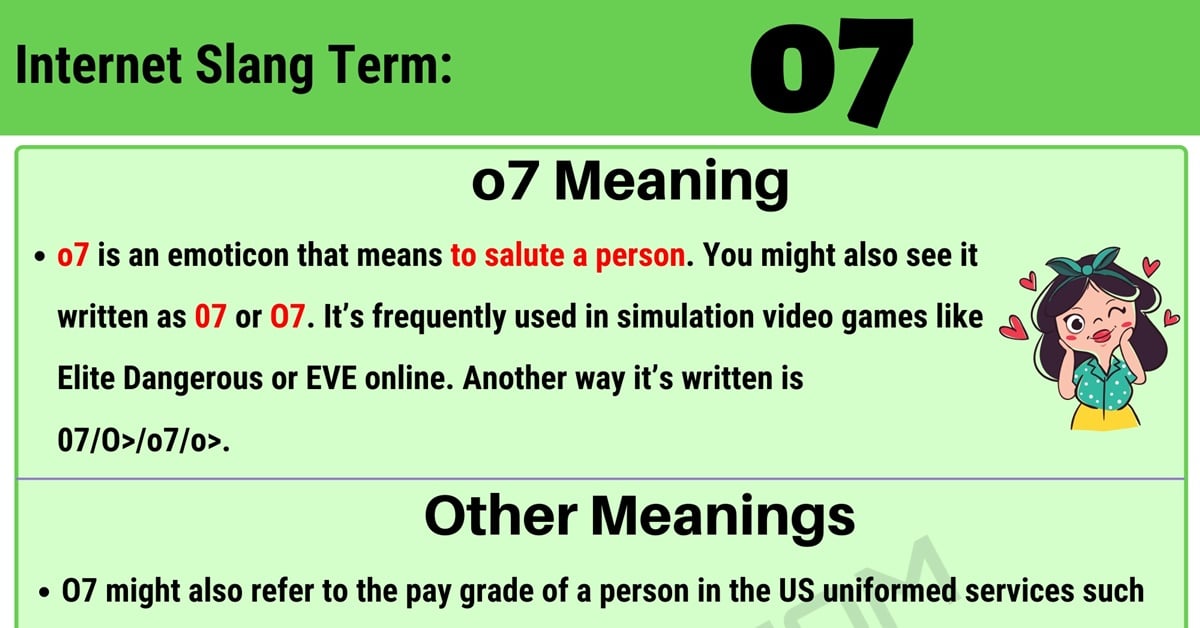 What does the slang o7 mean? Before the invention of smartphones, we had to use letters, numbers, and punctuations to make up our emojis, like 🙂 or ;).  You often see users using emoticons in online web forums and video games. It’s easier to use shorthand when trying to type using a video game controller. Trust me on that.

“O7” is an emoticon that means to salute a person.

You might also see it written as 07 or O7. It’s frequently used in simulation video games like Elite Dangerous or EVE online. Another way it’s written is 07/O>/o7/o>.

o7 is often accompanied by other emoticons or acronyms. For instance, o7 m8 means salute mate.

O7 might also refer to the pay grade of a person in the US uniformed services such as a Brigadier General in the Air Force, Marine Corps, or Army. Or a rear admiral in the Coast Guard, Navy, Public Health Service Commissioned Corps, and NOAA Commissioned Officer Corps. There is also a subclass of stars called O-type stars that are referred to as O7.

In this example, Fred and Joe are playing a game and they’re discussing their attack strategy. Fred, who’s clearly in charge, gives the orders and Joe offers a salute and confirmation that he understands his mission.

What Does “O7” Mean? | Infographic 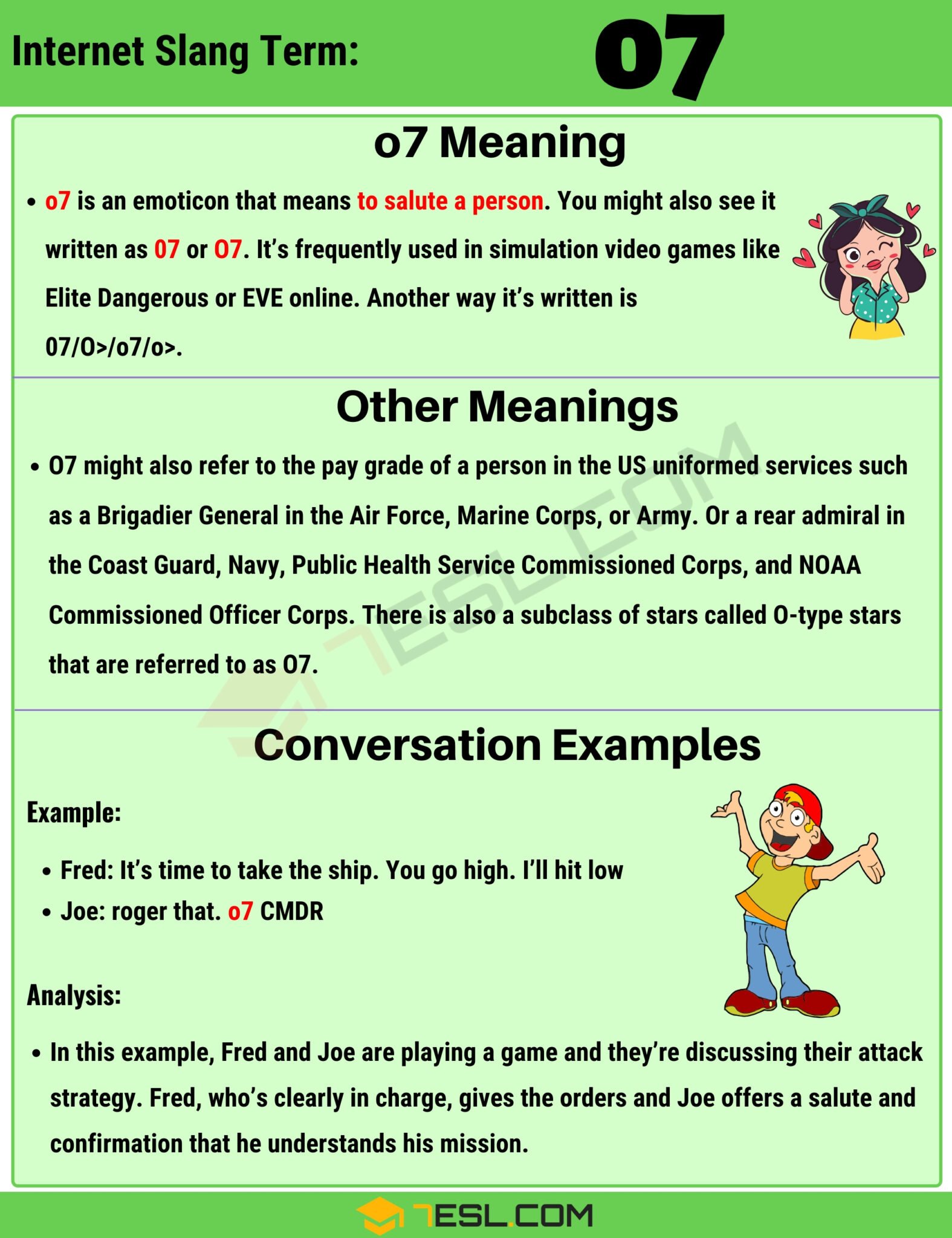