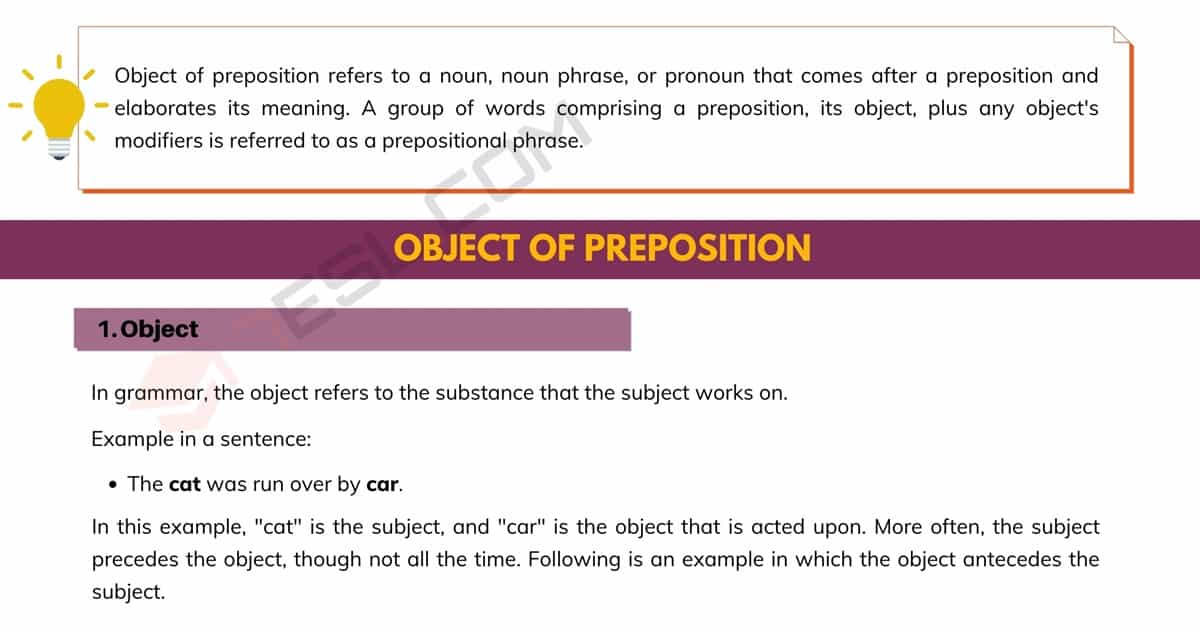 Object of preposition refers to a noun, noun phrase, or pronoun that comes after a preposition and elaborates its meaning. A group of words comprising a preposition, its object, plus any object’s modifiers is referred to as a prepositional phrase.

In grammar, the object refers to the substance that the subject works on.

Example in a sentence:

Examples of prepositions in a sentence:

The preposition in each of the examples expresses the relation between two nouns.

What is the Object of a Preposition?

Now, it’s cristal clear! Thank you so much for this great content!