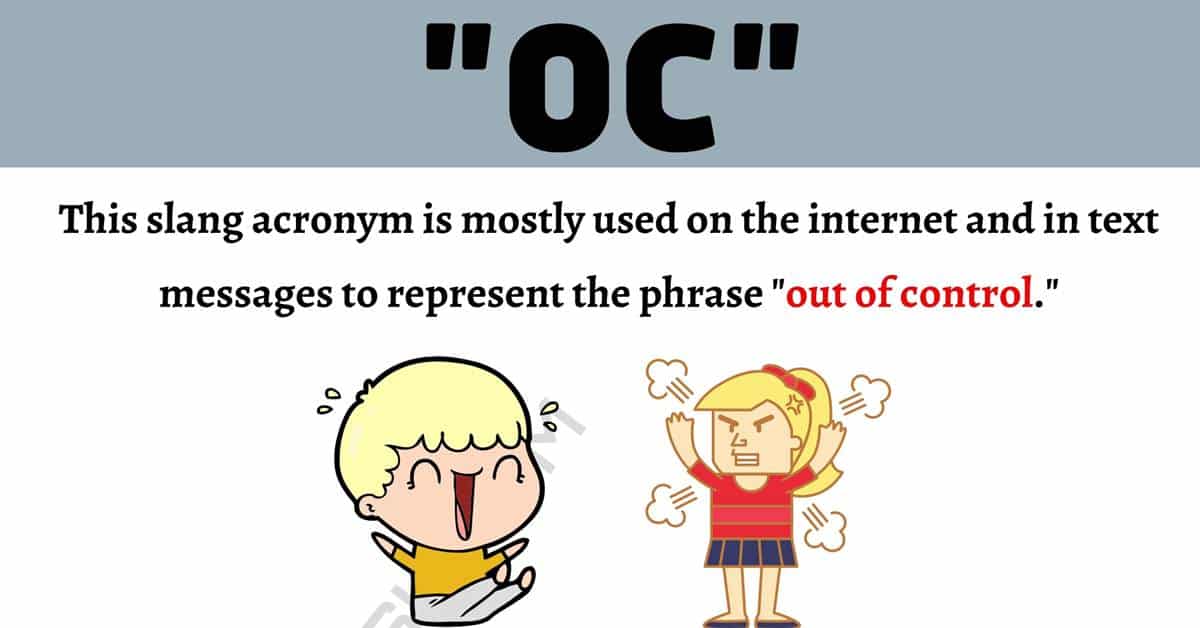 A majority of people think that the acronym “OC” refers most commonly to a show on MTV. However, this is incorrect. It actually is used most often to represent something else entirely. Luckily you have discovered this page where you can find the popular meaning behind this acronym and what it represents, along with some details about its origin and some other meanings that it has. There are also some conversation examples provided to show you how the term is used correctly. Finally, you will find some synonyms to use in place of this term that will only the change the meaning slightly if at all.

What Does OC Mean?

This slang acronym is mostly used on the internet and in text messages to represent the phrase “out of control.” This phrase is typically used to describe someone’s behavior when they are acting abnormally and no one can seem to control what they do or calm them down.

The first recorded usage of the phrase “out of control” dates back to the late 1500s. In this phrase, the word control is being used to mean restraint or the inability from keeping someone from doing something or continuing to act in the manner in which they are acting.

There are numerous other meanings that this acronym can have, as is the case with most acronyms. In fact, there are too many representations to list them all here and make this an all-inclusive list of other meanings. However, some examples of other random phrases, official titles, and other things this can mean are “Of Course,” “Original Character,” “Original Content,” “Online Community,” and “Oral Communication.”

A conversation between mother and father via text message.

There are many other words that you could use that share a similar meaning with the phrase this acronym represents. Some words you could use in its place include: 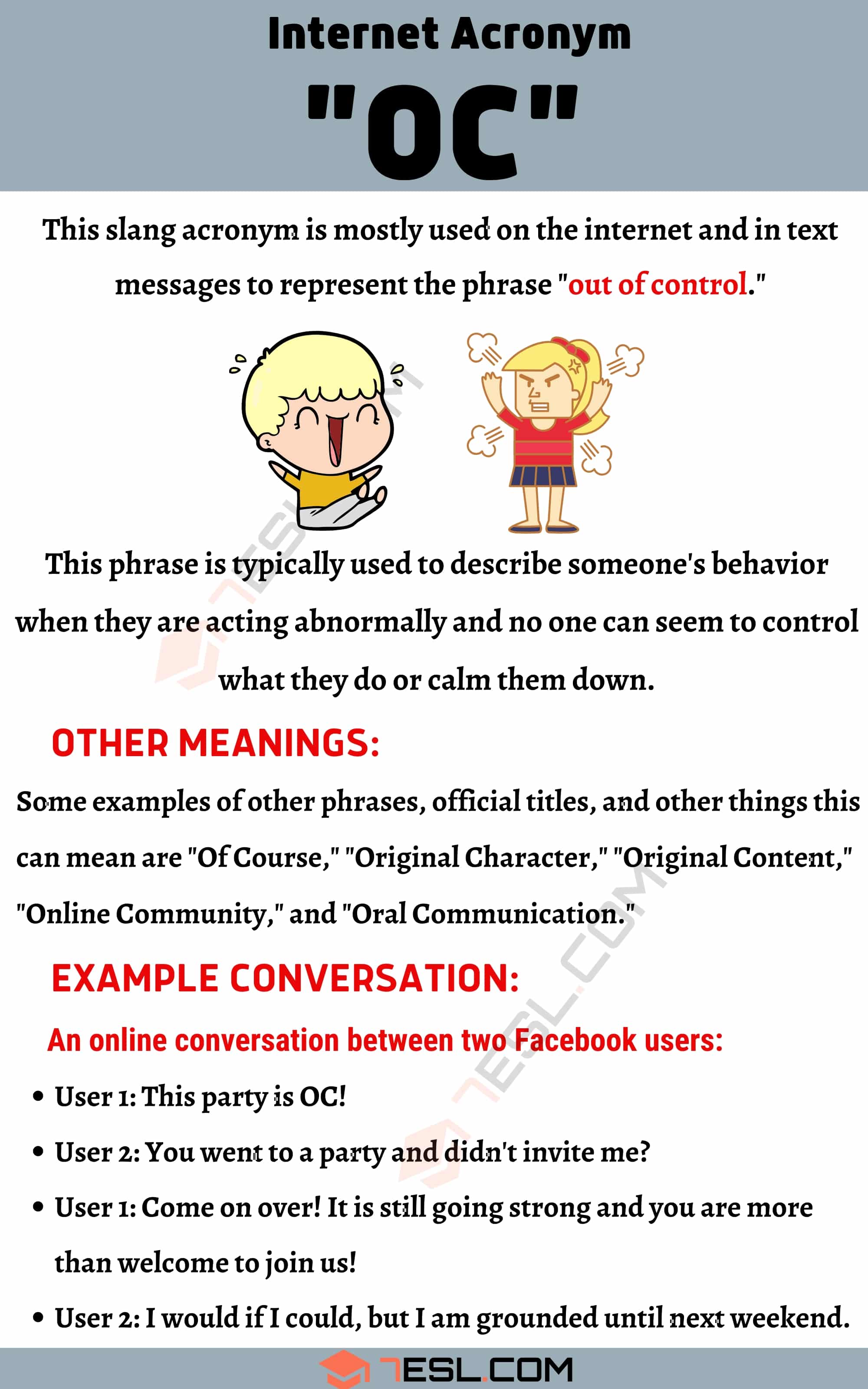 if youre in the art community, it usually means “original character” ive never seen oc used like this in my life

same as well, if it was out of control, wouldnt it be ooc?

so like oc means out of control.. No wonder my friends said you are oc