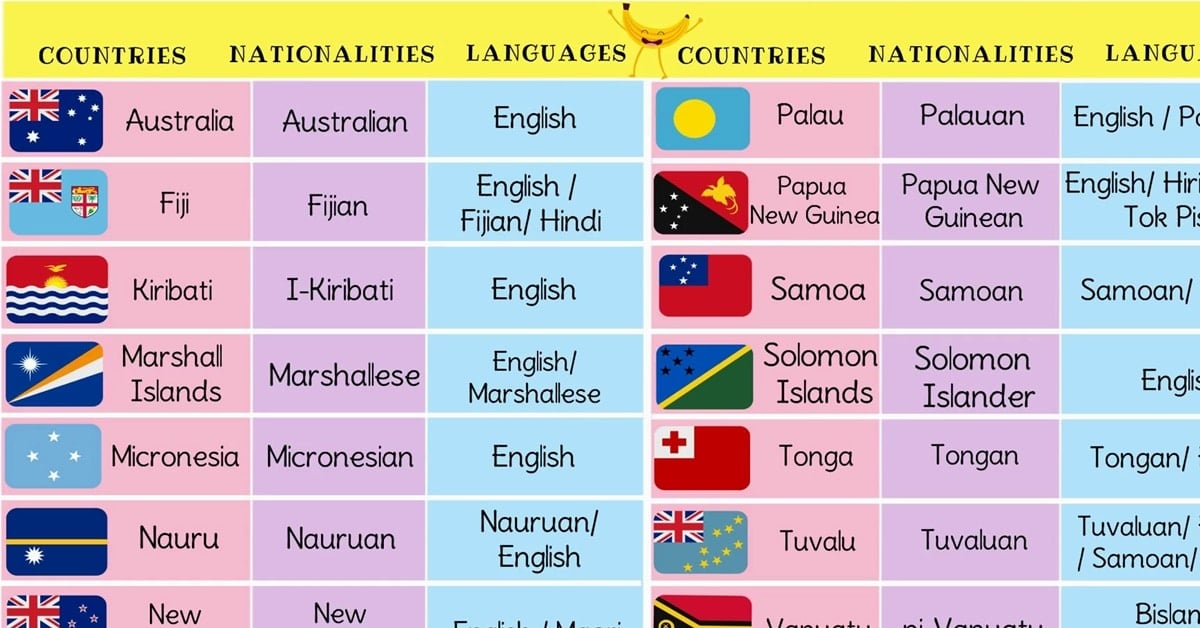 Oceania Countries! Oceania is one of the continents where many countries lie hidden from the rest of the world, but that doesn’t mean that we should not remember their names. In this section, you will be presented with the English names of the countries in Oceania, which will expand your vocabulary and give you a way to easily talk about this part of the world. Whether you are planning to visit one of these countries or whether you need to know the names for your job, you will find this section very useful.

Oceania countries are the countries included in the region called Oceania, which is formed of Australia and most of the island countries and territories in the Pacific Ocean. There are 14 Oceania countries in total, spanning the Eastern and Western Hemispheres. Oceania is technically not a continent like Asia, Africa or Europe because Australia is the continent (a single-country continent). Oceania is considered to be a region when those other oceanic territories are grouped with Australia. The region spans 3,291,903 square miles (which is 8,525,989 square kilometres). The largest Oceania country is Australia and the smallest is Tokelau (which spans just 5 square miles), located in Polynesia.

List of countries in Oceania and countries in Australia with ESL infographics and flags. Learn these Oceania countries names to enhance your vocabulary words in English. 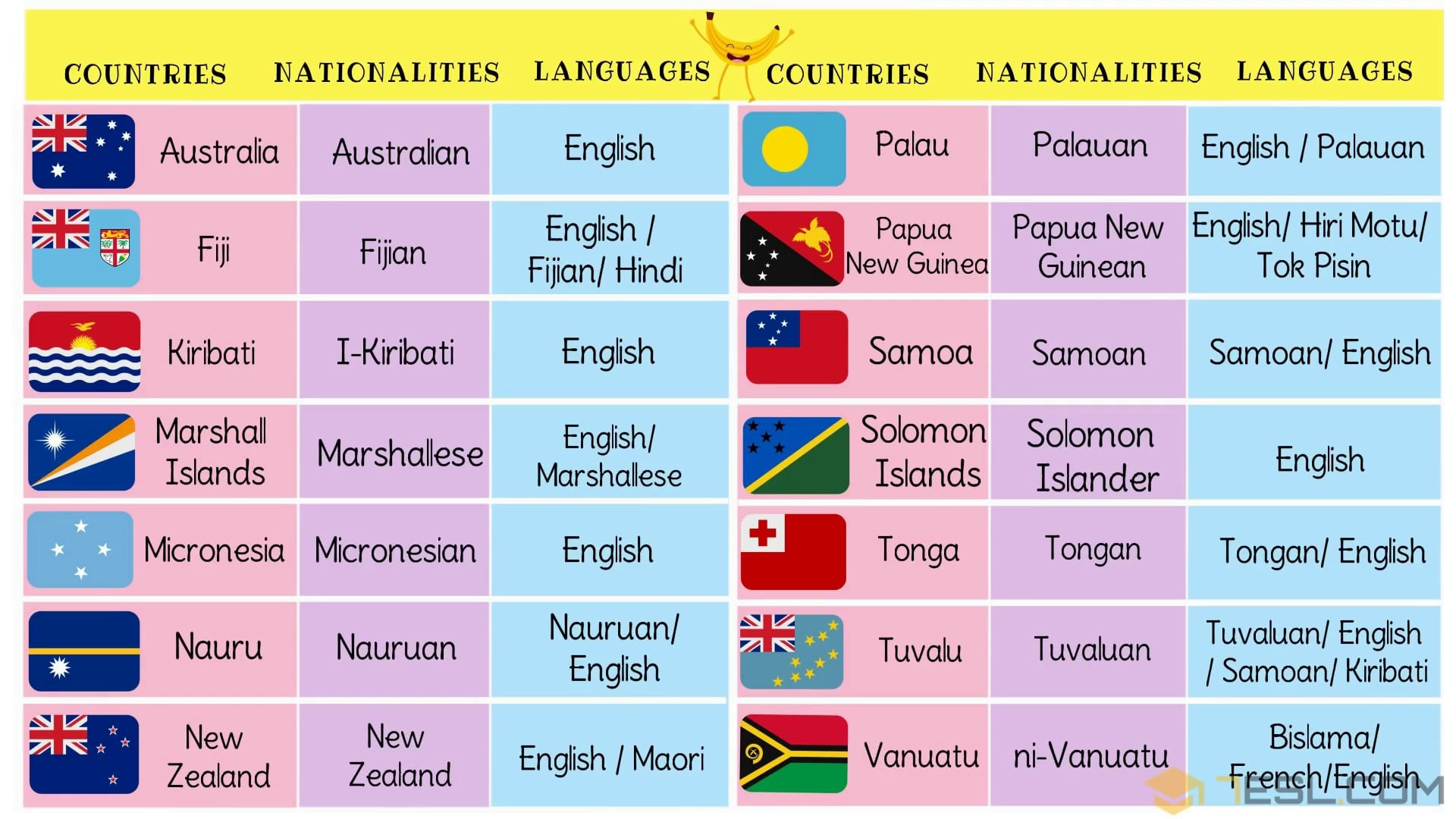 Oceania Countries with Languages and Nationalities

Lol How much countries are there?