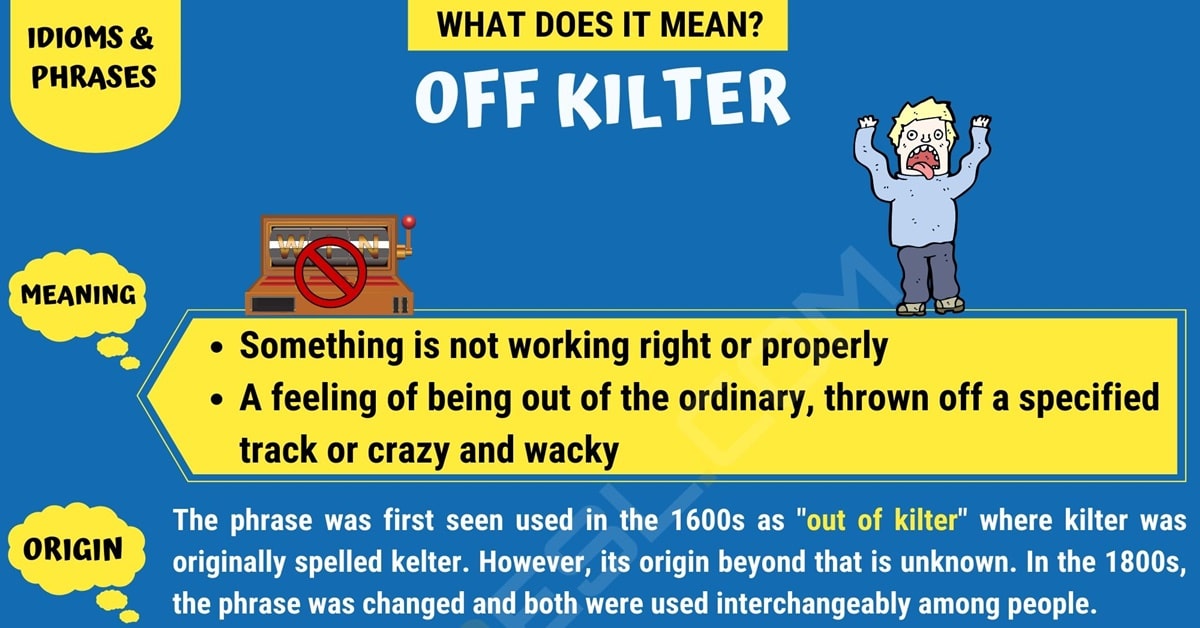 What does the idiom “Off Kilter” Mean? Idioms are phrases of figurative language used to express literal meaning when it comes to thoughts and feelings. Idioms are considered an informal way of speaking and can be used to lighten a conversation. “Off kilter” is an idiom that is widely used today in everyday conversation. Here you will find the meaning of the idiom, the origin story behind the phrase, examples of how to use the phrase in conversations/statements and other literal ways to say the same thing.

The phrase was first seen used in the 1600s as “out of kilter” where kilter was originally spelled kelter. However, its origin beyond that is unknown. In the 1800s, the phrase was changed and both were used interchangeably among people.

A news report statement about a new town law being passed.

A statement made as to why an accident happened at the plant.

Other Ways to Say “Off Kilter”

Like all idioms, there are literal ways to say this phrase to convey the same meaning. For example, you could say it’s not working properly, it is completely out of alignment or he/she is crazy.

What does “Off Kilter” Mean? | Picture 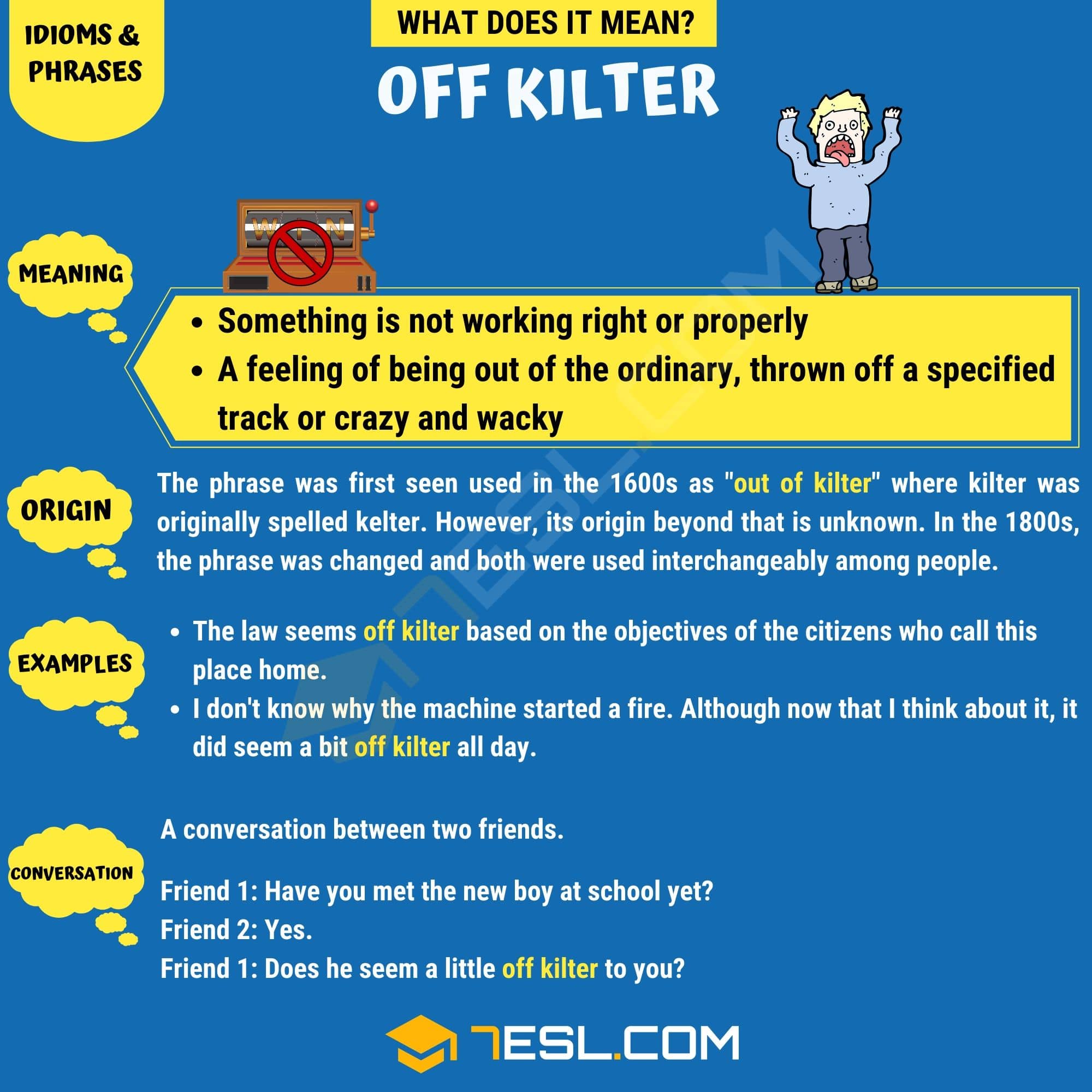 sometimes something will not work.