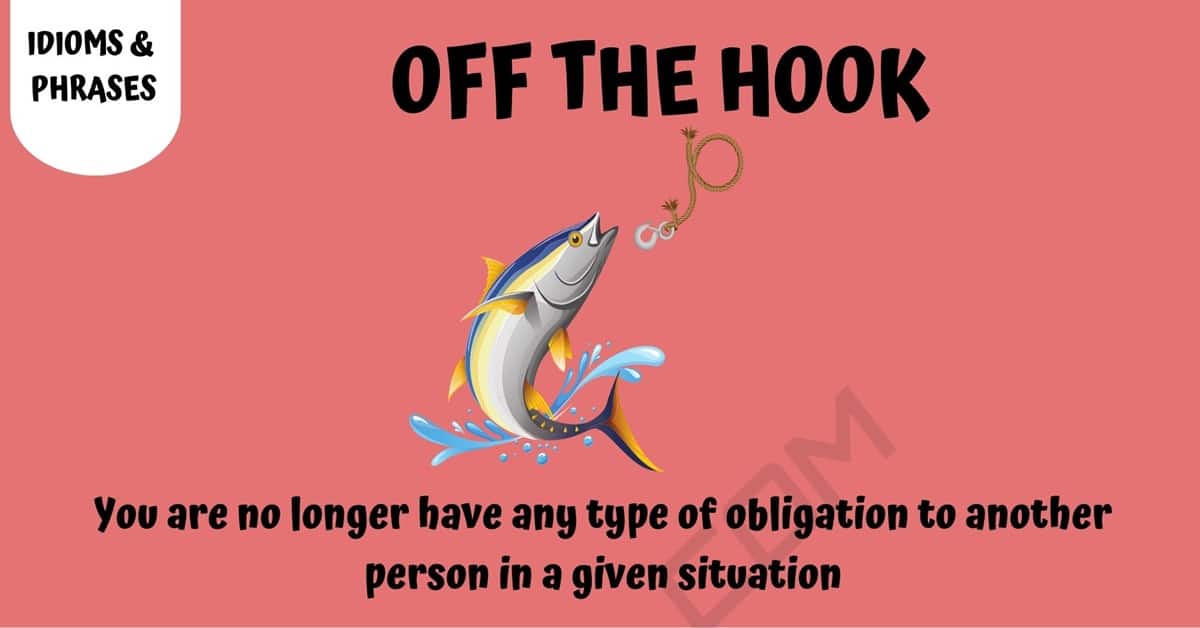 “Off the hook” is a common idiomatic phrase used frequently today in everyday conversations and writing. Here you will find the meaning of this phrase and a brief discussion about its origin. You will also find some examples of how to use the phrase “off the hook” properly in conversations/statements, in addition to some other common ways to say “off the hook” in different ways while still conveying the same meaning.

Off The Hook Meaning

The meaning of the idiomatic phrase “off the hook” means that you are no longer have any type of obligation to another person in a given situation.

The origin of the phrase “off the hook” comes from the sport of fishing. A fish that is on the hook is thought to be out of options; his fate is sealed. However, a fish that is off the hook has its freedom and is free to do what it wants. It is not obligated or committed to anything. The term has been around nearly as long as the sport of fishing has and over the years this phrase has been applied to situations other than the act of fishing.

“Off The Hook” Examples

A statement made in the high school newspaper by the captain of the football team.

A statement made by a celebrity during an interview for a movie that critics said was terrible.

A conversation between a teacher and student.

Other Ways to Say “Off The Hook”

Off The Hook | Picture 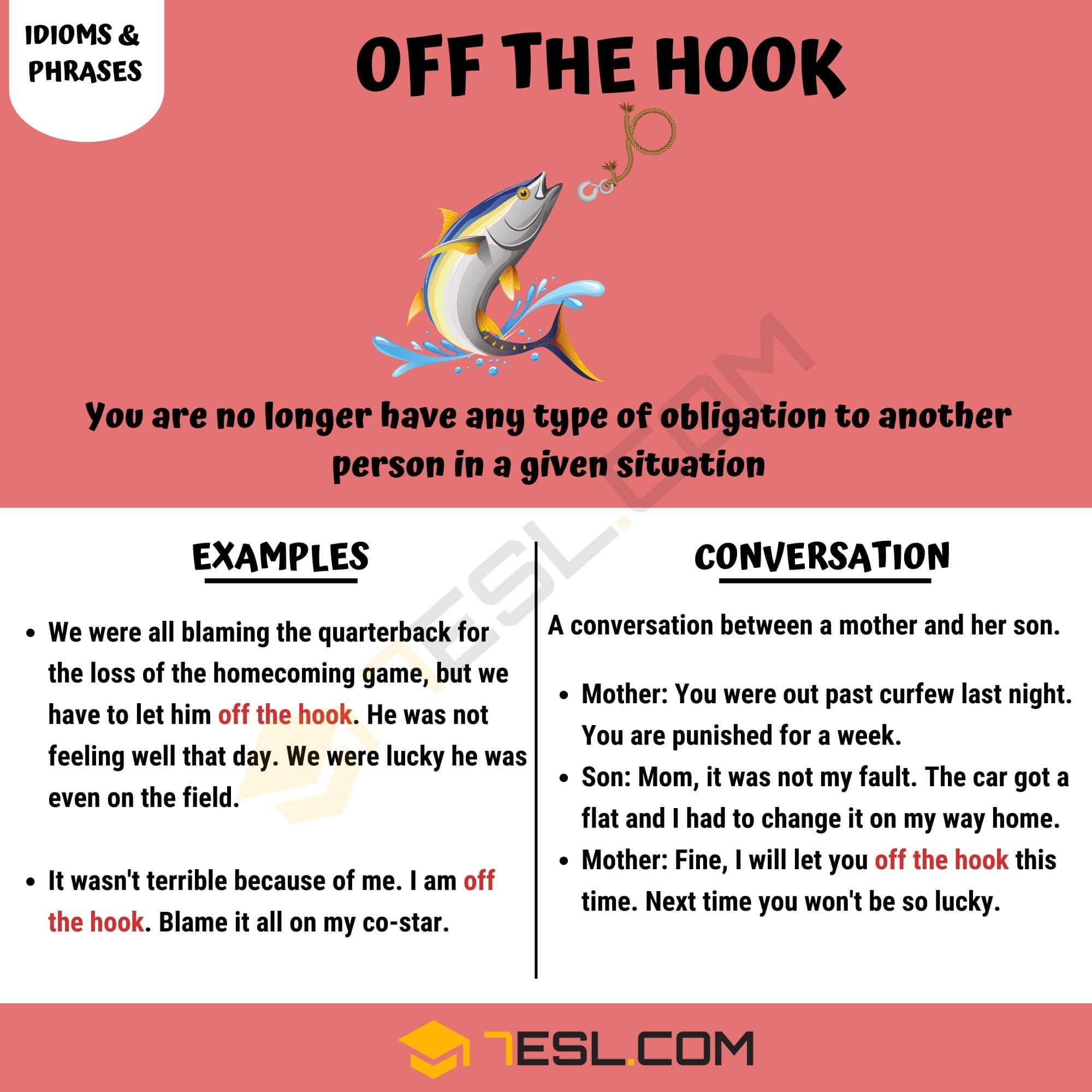