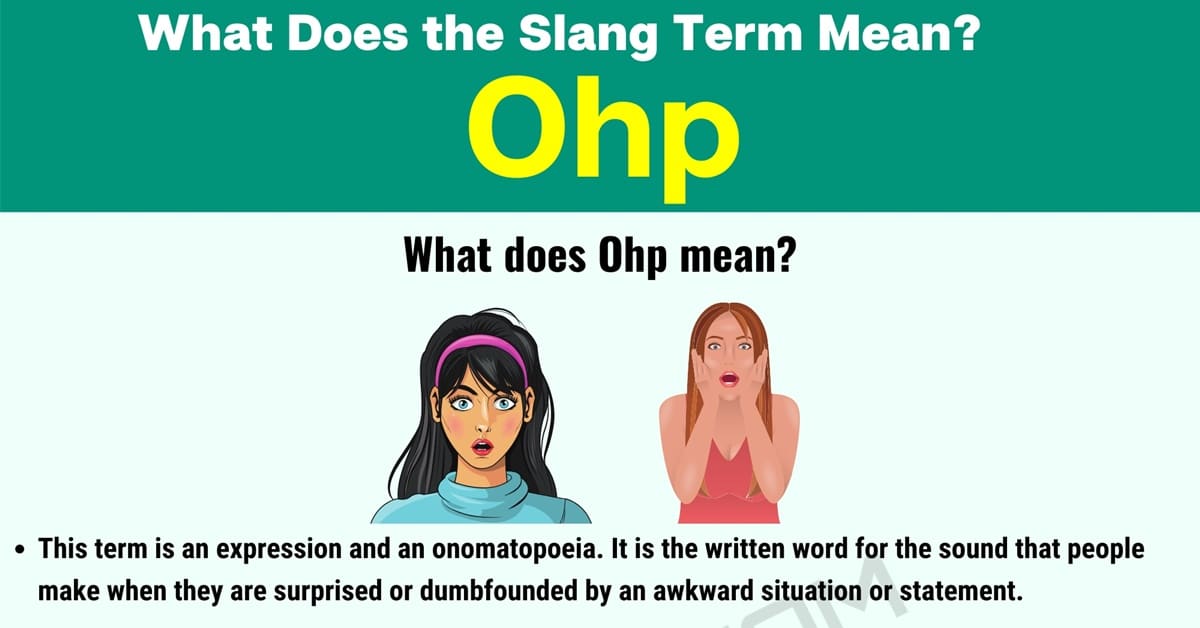 Ohp meaning! If the first time you heard or seen this term used you were thinking it was an acronym, you would be incorrect. Although used as an acronym for official things, it is more frequently utilized in a completely different way. In this brief write-up, you will uncover the meaning of its most common usage, some information regarding its origin if any can be found, and some alternate meanings which include some of the things it can also represent as an acronym.

Some example conversations can be spotted also to read through and air you in understanding the definition for the slang term and how it is used. In conclusion, you will unearth some other words and phrases to use in place of this term during an everyday conversation.

What Does Ohp Mean?

This term is an expression and an onomatopoeia. It is the written word for the sound that people make when they are surprised or dumbfounded by an awkward situation or statement.

Only a few details can be found regarding the birth of this term. However, the earliest entry made regarding its definition is dated 2007, so it has been used at least since then.

The term can function as an acronym to represent many other official titles and phrases. Some of the things that can be represented when this term is used as an acronym are “Overhead Projector,” “Overhead Press,” “Open Humanities Press,” “Oral History Project,” and “Operational Hydrology Program.” Numerous other phrases and titles allow this acronym to be used to stand for them as well and can be found by searching the internet.

There are several synonymous words that exist to replace the use of this term in conversation. Different terms you could say instead include: 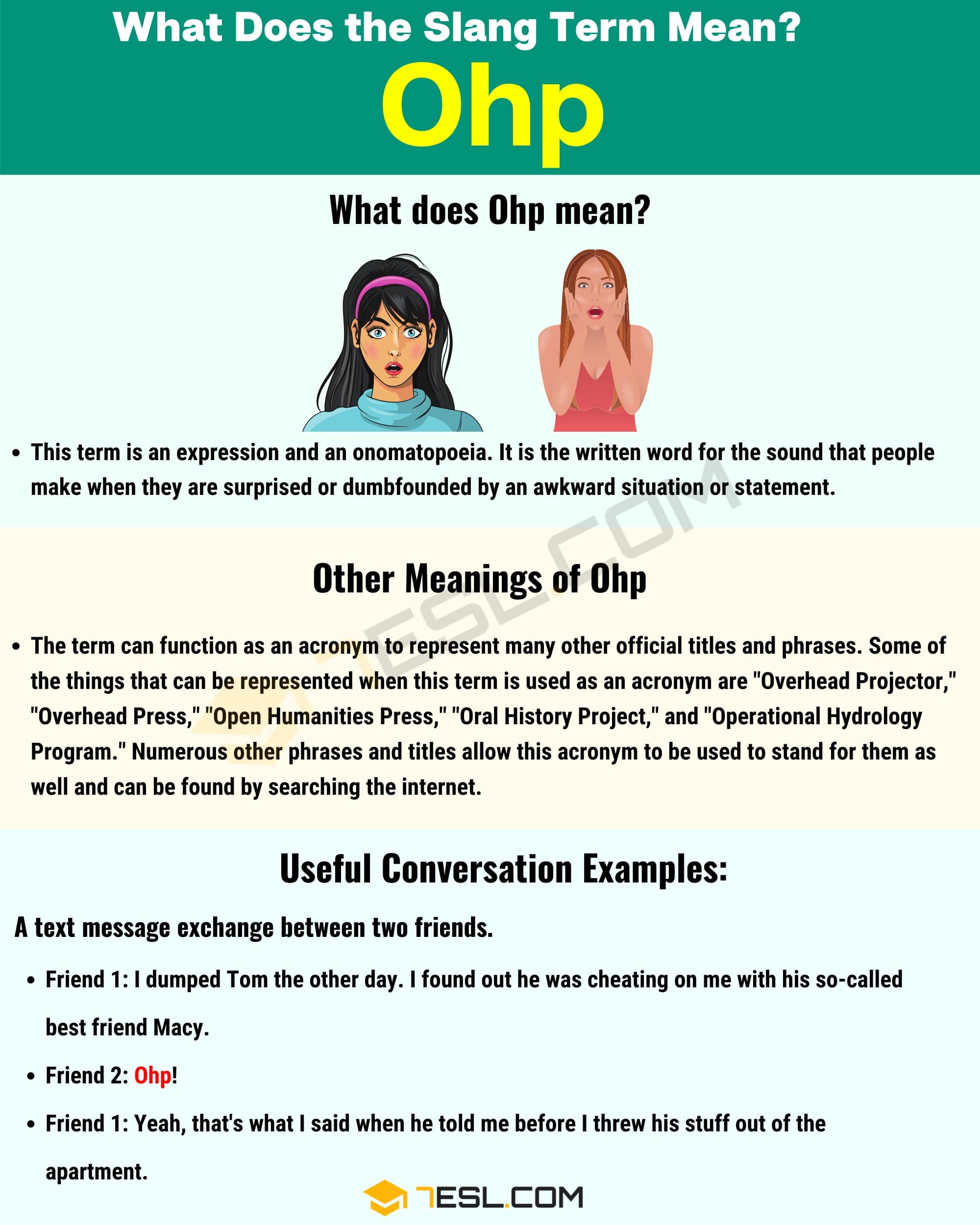