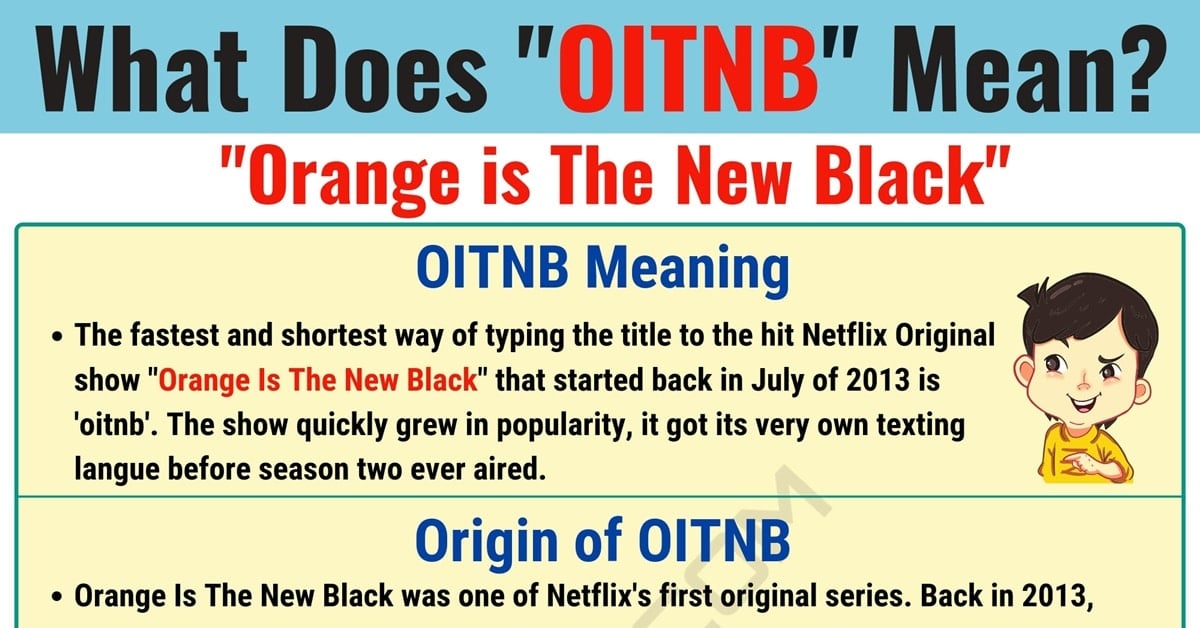 What does OITNB mean? What does this abbreviation stand for? Learn the definition of this internet slang term with conversation examples and ESL infographic.

What Does OITNB Mean?

OITNB stands for “Orange Is The New Black”.

The fastest and shortest way of typing the title to the hit Netflix Original show “Orange Is The New Black” that started back in July of 2013 is ‘oitnb’. The show quickly grew in popularity, it got its very own texting langue before season two ever aired.

Orange Is The New Black was one of Netflix’s first original series. Back in 2013, nobody knew just how popular Netflix would become not only for shows such as this one, but many the hadn’t even been thought of to release including cartoons as well as animated shows like The Seven Deadly Sins that aired in November of 2015.

Here you see a girl texting her boyfriend trying to cancel plans and when he thinks it’s because of the show Orange Is The New Black and calls it stupid she freaks out. Now whether or not she was canceling because of the show or not, she still gets hurt by him calling it stupid. The tv show has very loyal viewers.

Forums are so common in today’s world that yes even tv shows like ‘OITNB’ have one. Here you follow a simple conversation starting about one of the episodes. 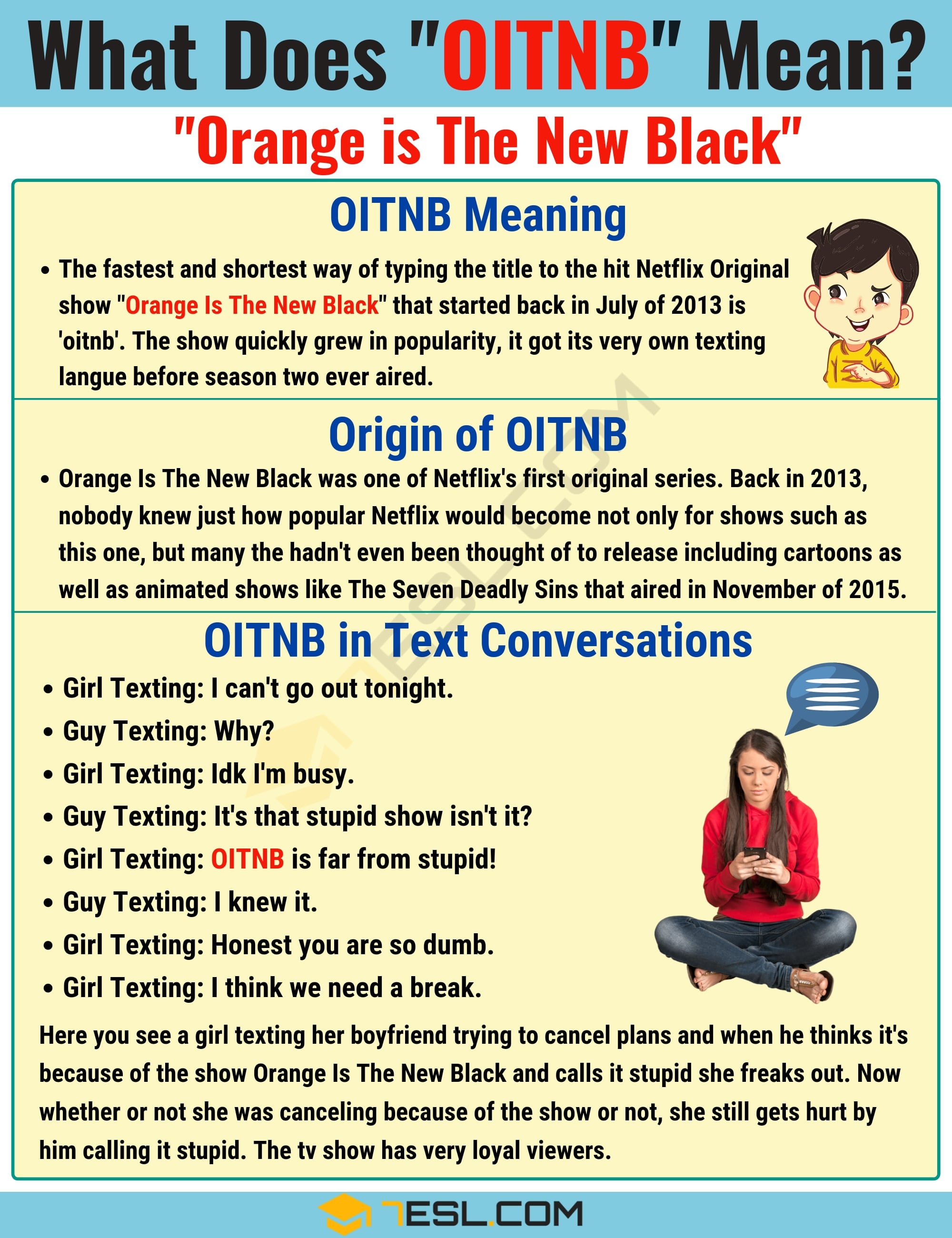