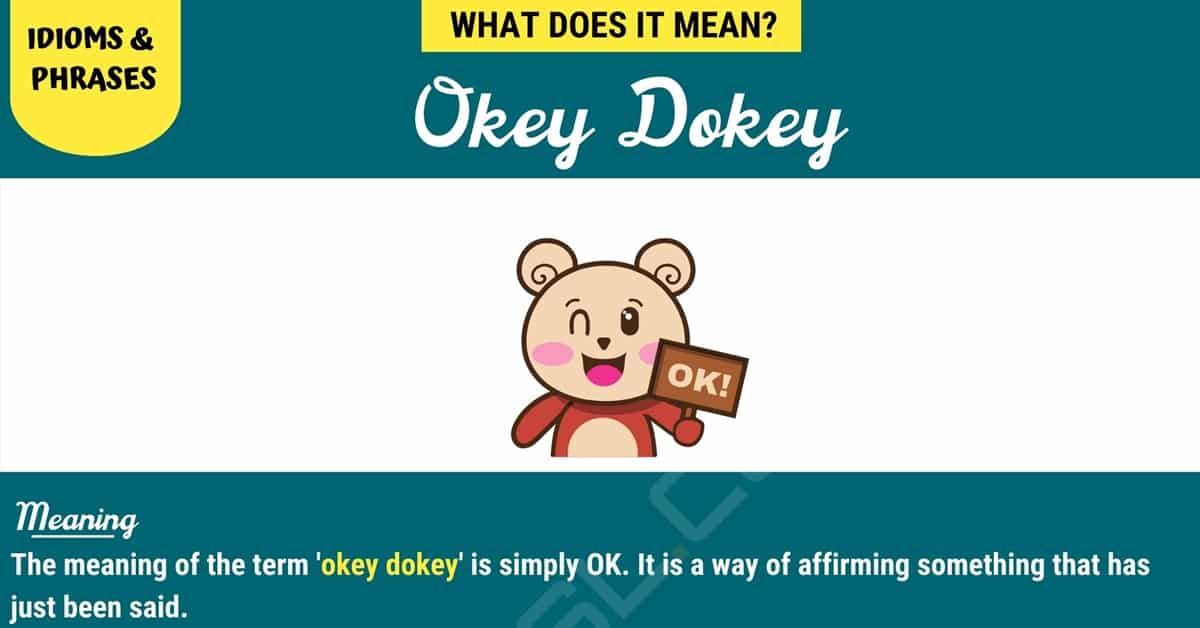 You may have heard the frequently used term ‘okey dokey’ many times in English conversation, but what exactly is the meaning of this phrase? We are going to take a look at the meaning and find out where the term originally came from. We are also going to look at ways in which you can use the phrase in conversation.

The meaning of the term ‘okey dokey’ is simply OK. It is a way of affirming something that has just been said.

The phrase ‘okey dokey’ was first recorded in text in the year 1932. It derives from the United States.

This is a statement being made by a teacher to his class.

Here is a statement being made by one co-worker to another.

You may be wondering how you can use the term ‘okey dokey’ in your everyday conversations. Here are some examples to show you how it can be used.

The first conversation is happening between a mother and her teenage son.

This next conversation is taking place between two friends.

Other Ways to Say “Okey Dokey”

There are many other ways in which you can express the meaning of the term ‘okey dokey’ using other wording.

Here are some examples of other things you can say which carry the same meaning. 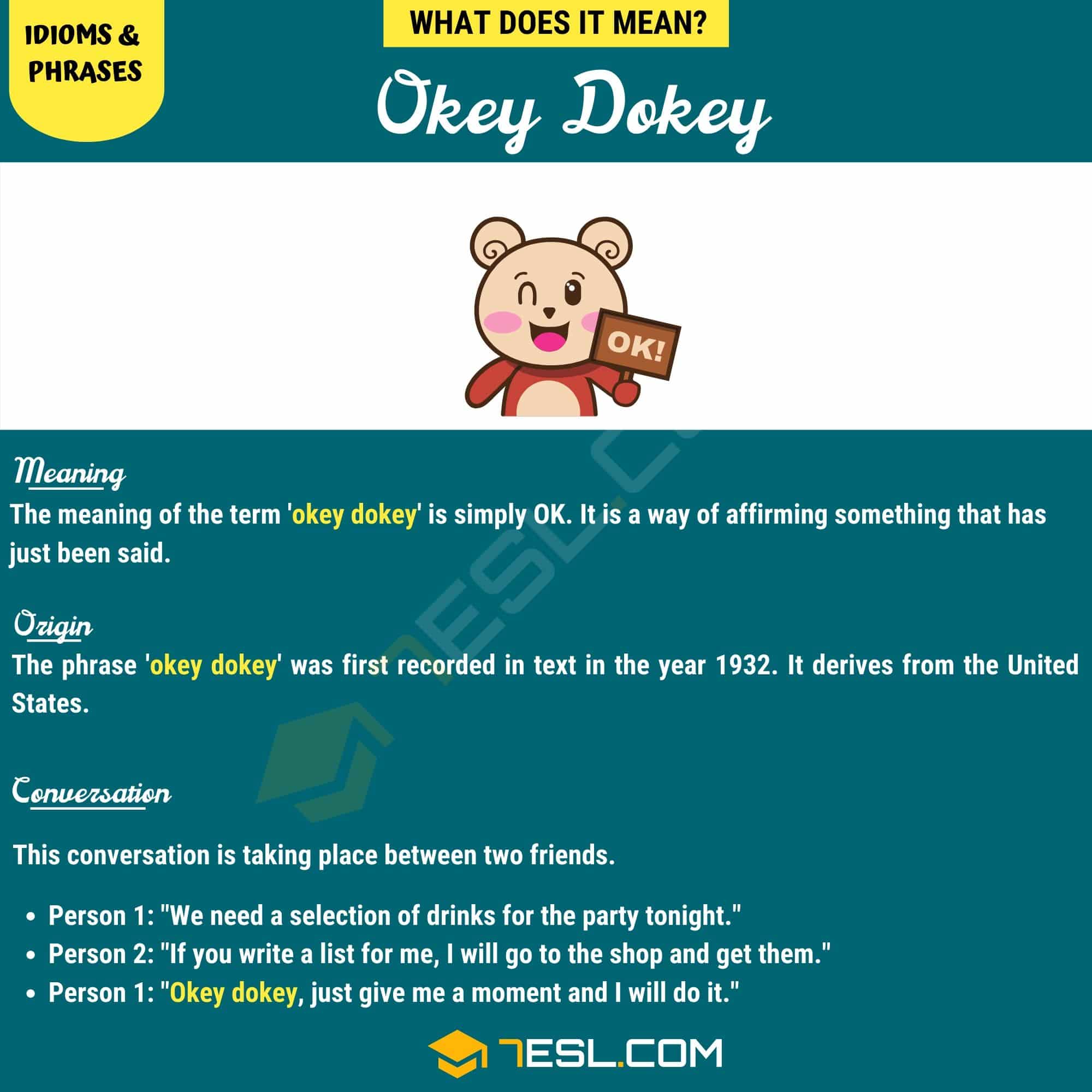