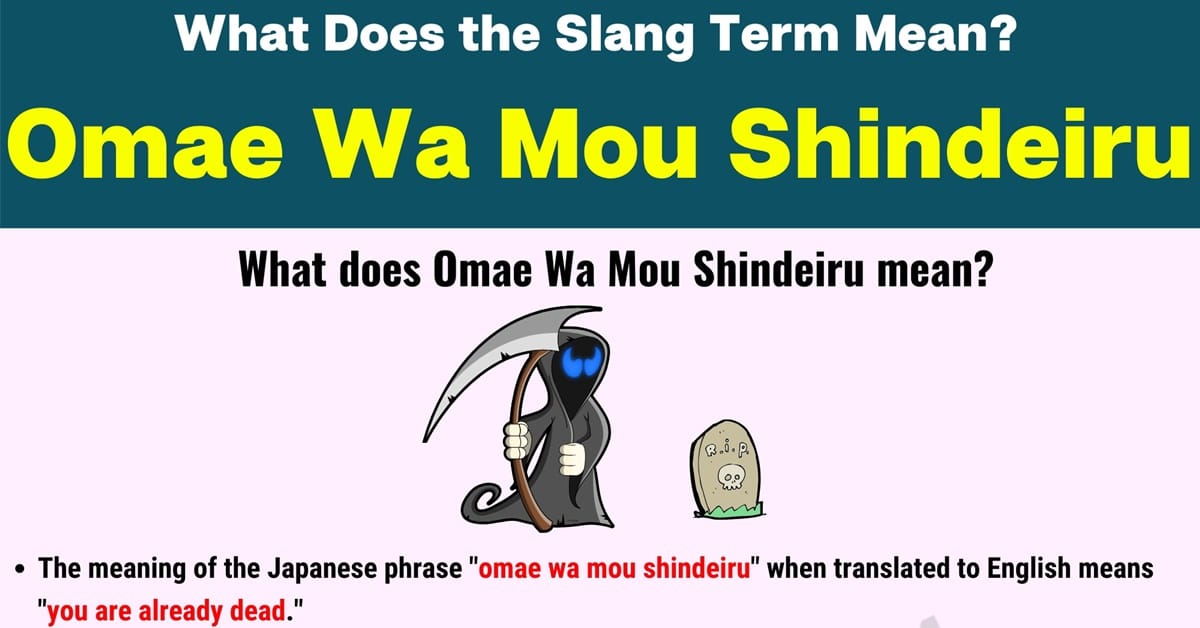 “Omae wa mou shindeiru” is not a slang phrase at all. It is an authentic phrase in Japanese. Here you will find the meaning of this phrase and the story behind its origin. You will also see any other meanings of the phrase if any exist and see how the phrase is used properly in conversation. The article will conclude by providing you some substitute words and phrases that can be used in place of the original to convey the same meaning.

The meaning of the Japanese phrase “omae wa mou shindeiru” when translated to English means “you are already dead.”

The phrase “omae wa mou shindeiru” was made popular by a well-known Japanese anime/manga series titled Fist of the North Star. In the popular series, the phrase was uttered by the lead character Kenshiro in fight scenes with his enemies. The series debuted in Japan in 2003 as a three-part series and lasted until 2004. During this time, memes with this phrase and the standard response “NANI” became circulated.

There are no other known meanings of this phrase at this time.

A text conversation between two friends who are anime fans.

There are several phrases that you can use to replace the phrase “omae wa mou shindeiru” and still convey the same meaning. Some of the phrases you could use include: 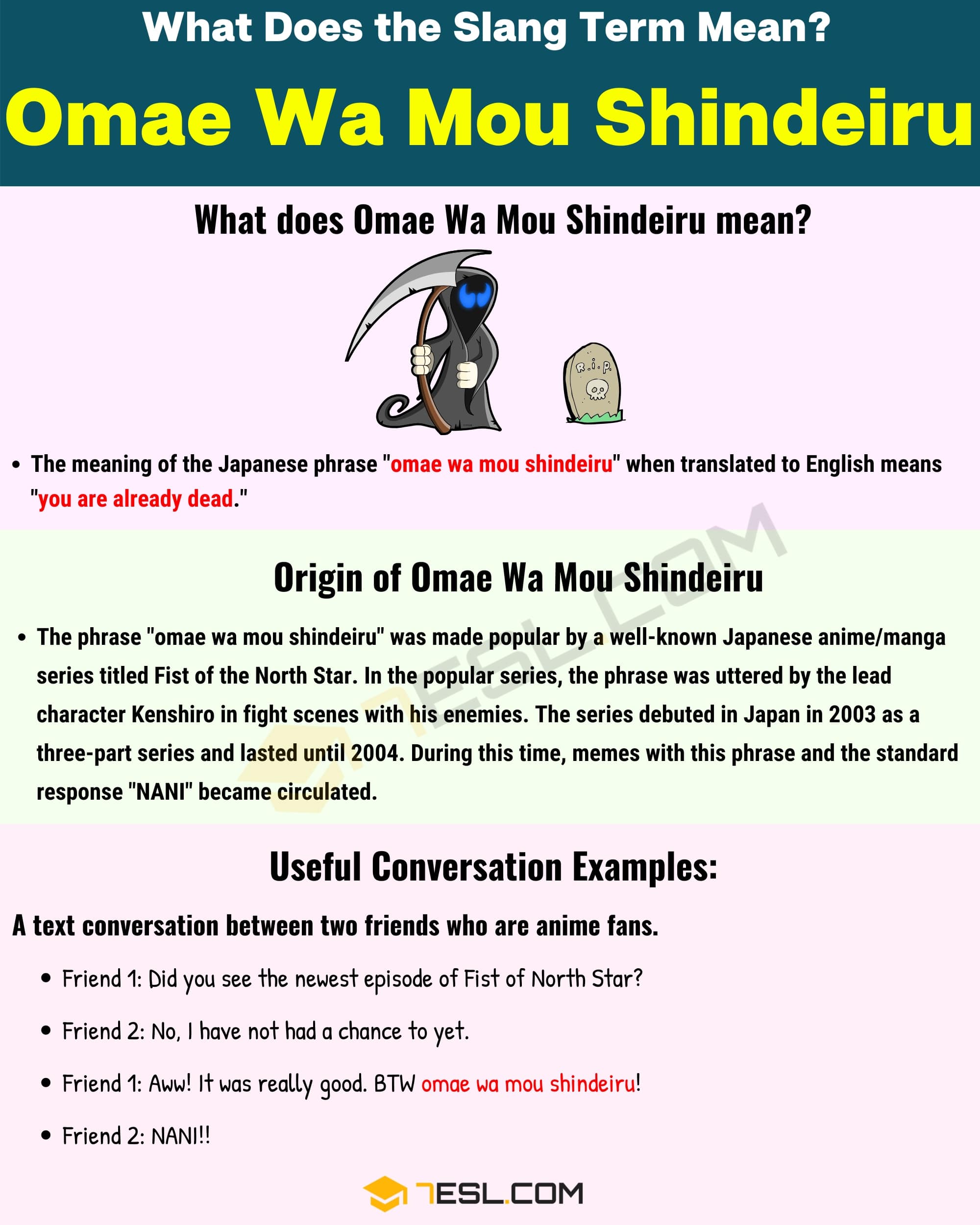