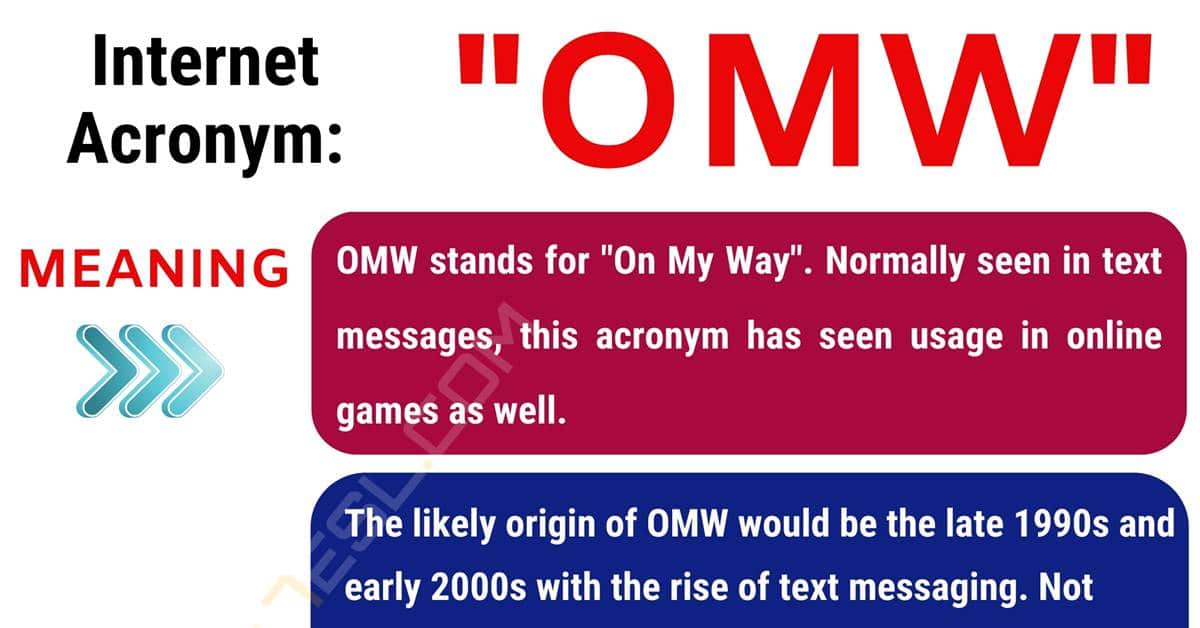 What does the acronym “OMW” stand for? Are you searching for the meaning of this internet term? Learn the definition and how to use the internet acronym “OMW” with ESL picture and useful text conversations in English.

What Does OMW Mean?

OMW stands for “On My Way”. Normally seen in text messages, this acronym has seen usage in online games as well.

The likely origin of OMW would be the late 1990s and early 2000s with the rise of text messaging. Not seeing much usage in online discussions or in emails, OMW became prevalent in text messages like other simple acronyms such as GTG, OMG, LOL, etc. When massively multiplayer online games became popular in the 2000s, such as World of Warcraft or RuneScape, OMW began to see wider usage. Given the size of the game maps and how opening a chat menu would leave a character unable to defend themselves in hostile areas, being able to type out a short message was always preferred to a longer message.

As an acronym, OMW can also stand for “Oh My Word” or “On My Word”. The former usage is for dismay, similar to OMG or OML. The latter usage would be a promise. Neither of these two usages have gained much traction, however.

Other Ways to Say “OMW”

OMW can be spelled with all lowercase or capital letters. No other variants exist. 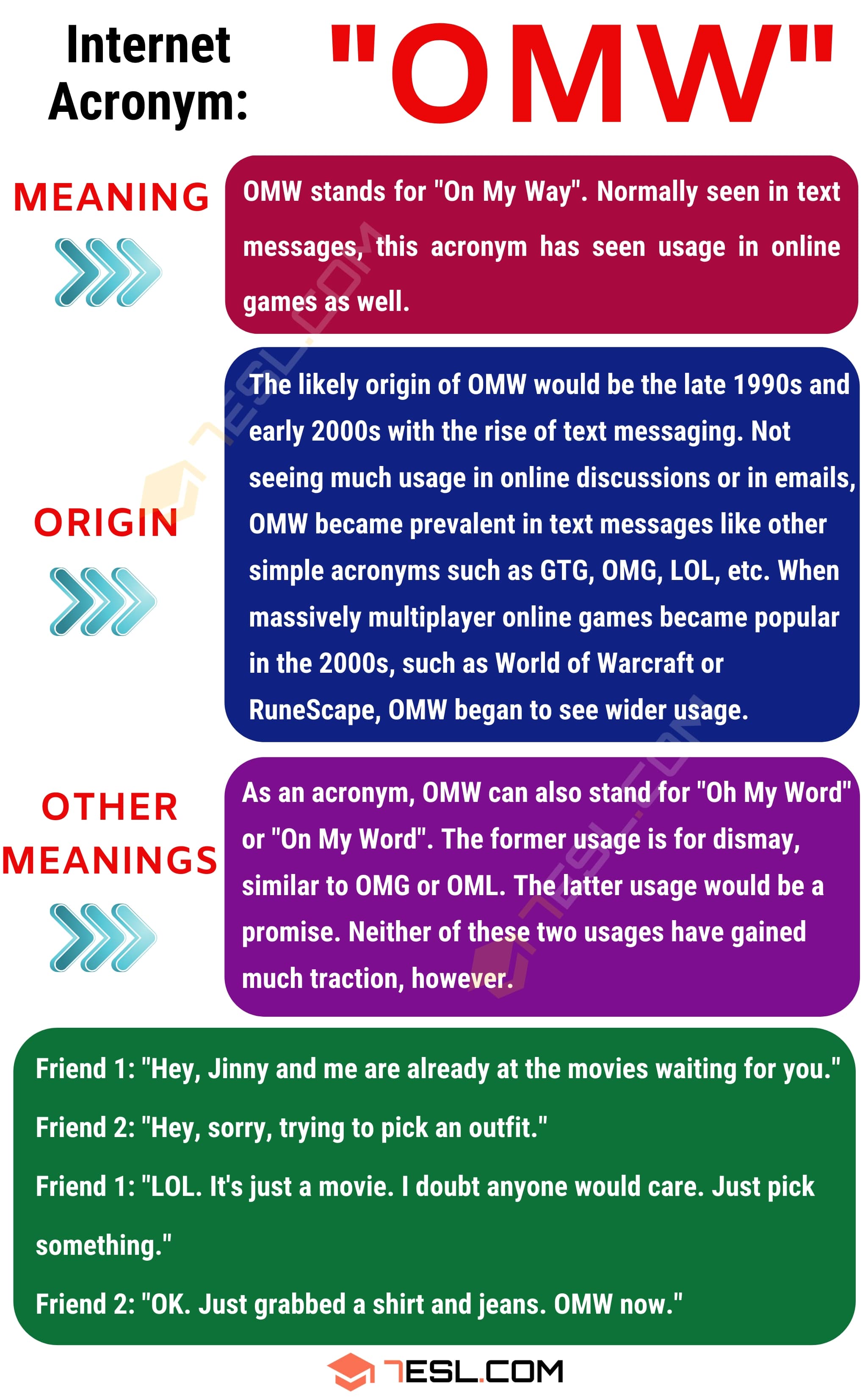