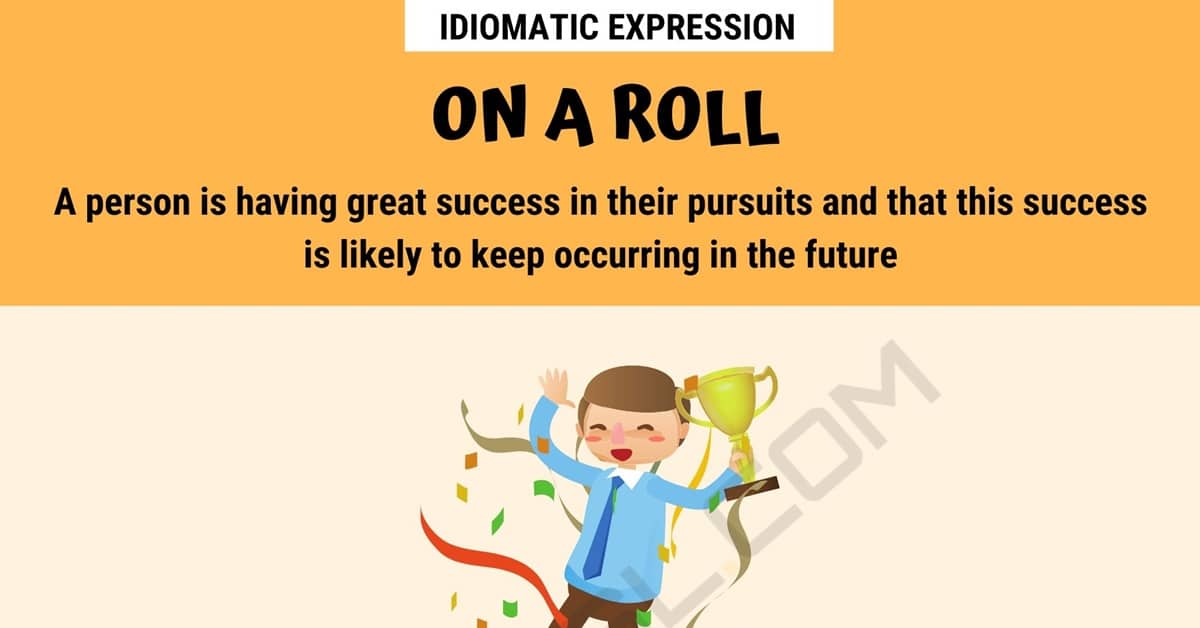 The idiomatic phrase “on a roll” is a phrase that you may encounter frequently in everyday informal conversation and writing. Here you will find the meaning of this phrase and the information regarding its origin. You will also find some examples of how to properly use this phrase in conversations/statements and you will discover other ways to say this phrase while still conveying the same meaning.

On A Roll Meaning

The idiomatic phrase “on a roll” means that a person is having great success in their pursuits and that this success is likely to keep occurring in the future.

The origin of the idiom “on a roll” can be traced back to the 12th century. At this time, the word “rolling” was defined as something that was moving forward and would keep moving forward as long as an obstacle was not put in the object’s way. Sometime during the 19th century, the phrase “on a roll” was associated with the meaning of rolling and was used when people were shooting craps, the casino dice game. It was used to say that people were on a winning streak and couldn’t be stopped. It has been used in this metaphorical sense since to apply to other situations.

“On A Roll” Examples

A statement made by a high school football team captain after winning the game.

Other Ways to Say “On A Roll”

Like all idiomatic phrases, there are many alternative ways to say the phrase “on a roll” and still convey the same meaning. Other ways you can say this phrase include:

On A Roll | Image 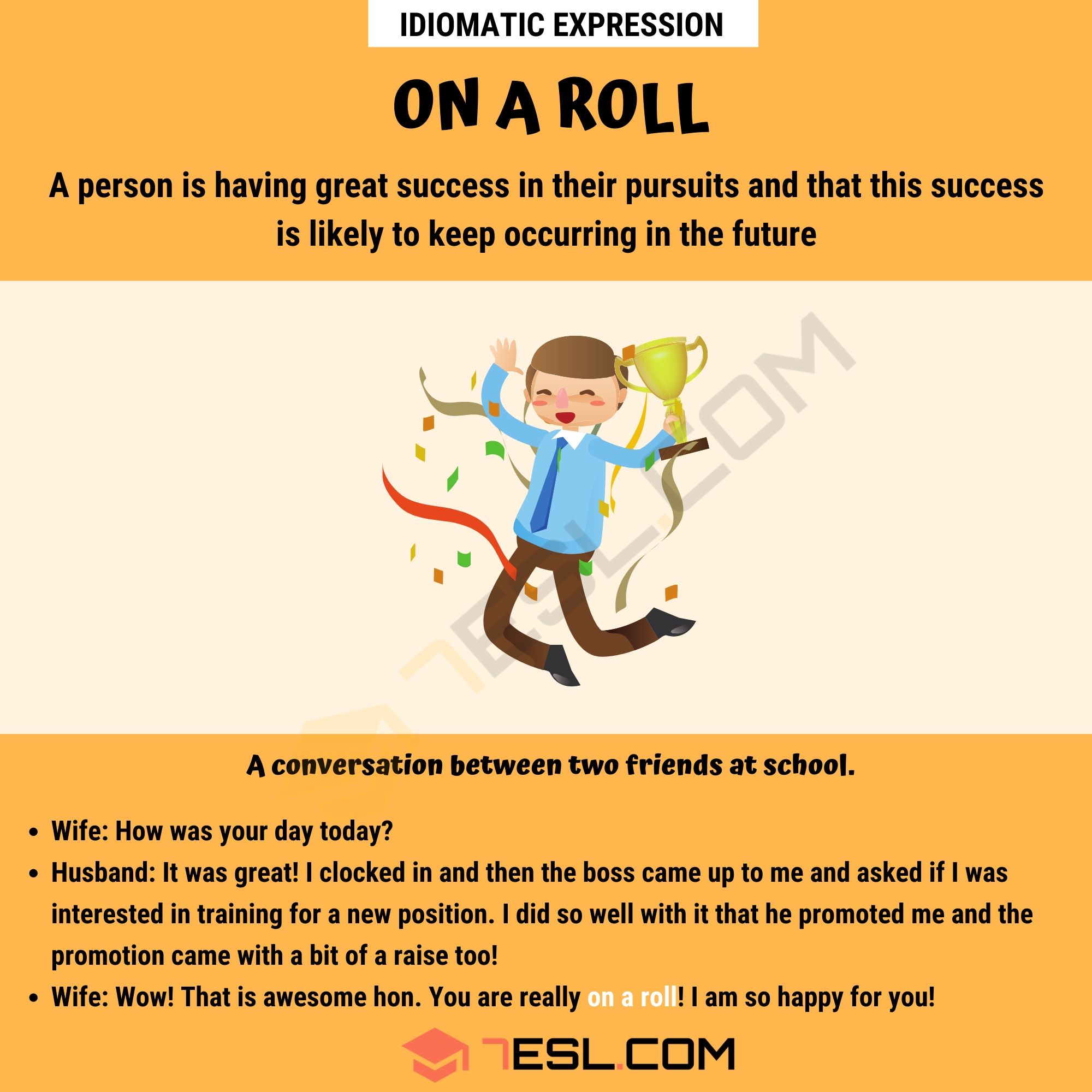