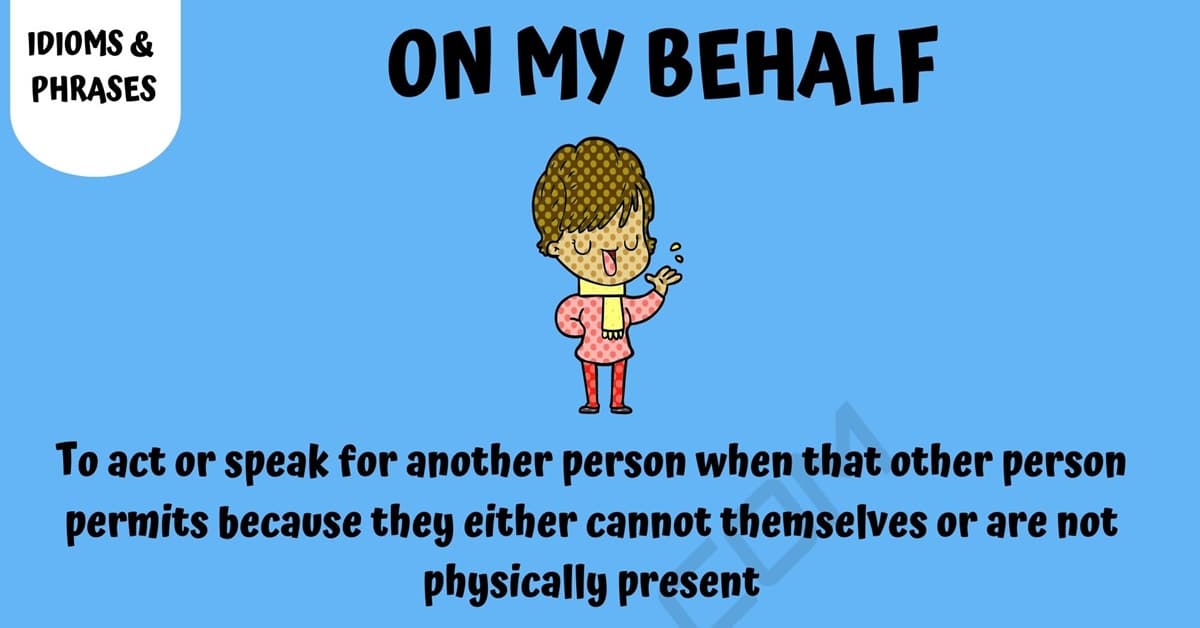 The phrase “on my behalf” is a phrase that you will hear or see quite frequently used in everyday conversation and writing. Here you will find the meaning of this phrase and information regarding its origin. You will also see this phrase used properly in conversations/statements and discover other ways you can say this phrase while still conveying the same meaning.

On My Behalf Meaning

The idiom “on my behalf” means to act or speak for another person when that other person permits because they either cannot themselves or are not physically present.

The phrase “on my behalf” is derived from the meaning of the word bihalve. This term dates back to at least the 1300s and meant to stand by someone’s side. Additionally, the phrase “on his” was being used during this time as well to mean on his side. The two were merged and first appeared in writing sometime between 1381 and 1386 when it was used by Chaucer in his poem titled Troilus and Criseyde. Bihalve was changed to behalf at an unspecified period of time and the phrase became what we see today.

“On My Behalf” Examples

A statement made by a prisoner during questioning.

A conversation between a teacher and her students.

A conversation between hospital staff and a son whose father is ill.

Other Ways to Say “On My Behalf”

There are several ways to say “on my behalf” and convey the same meaning. Some other things you could say include:

On My Behalf Meaning | Image 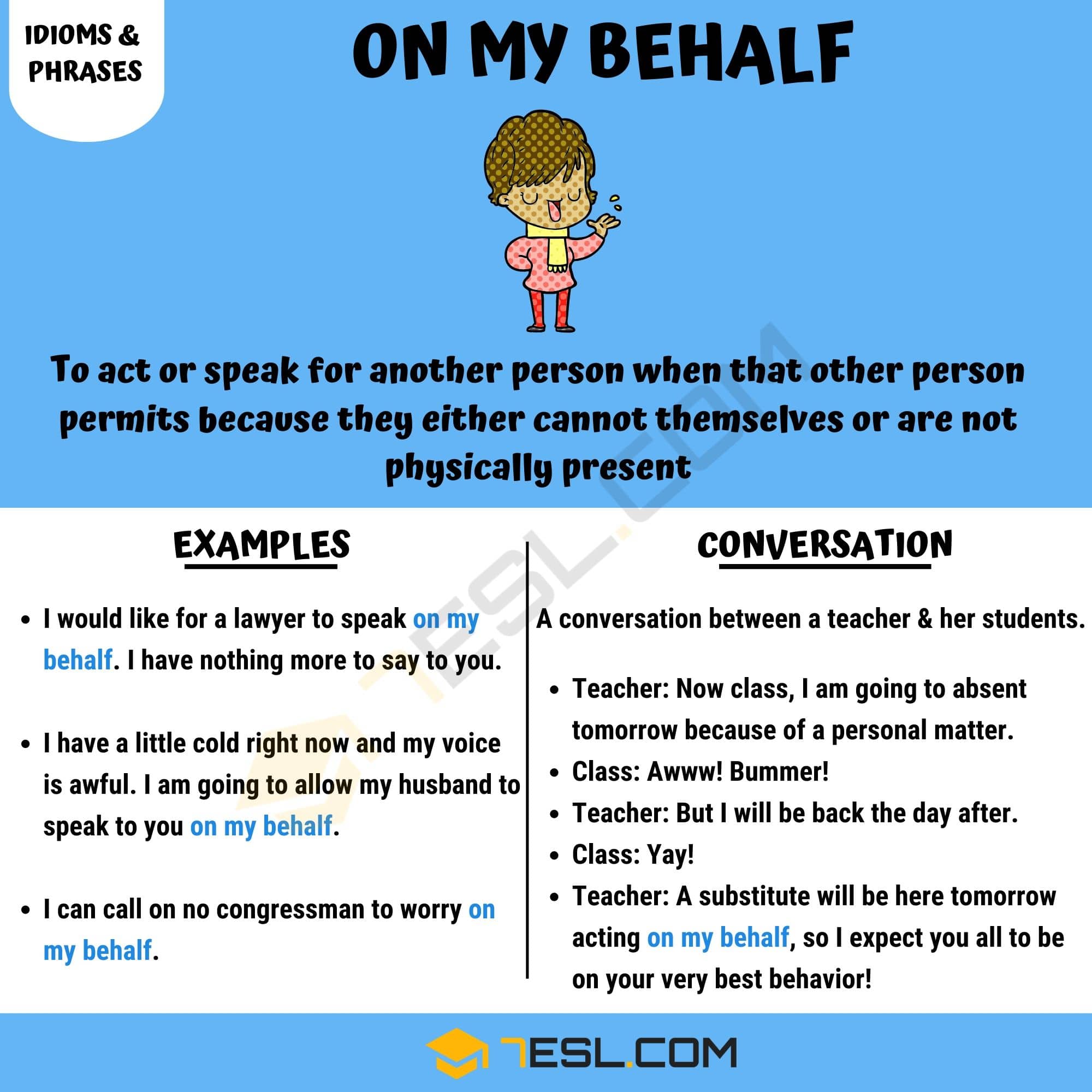