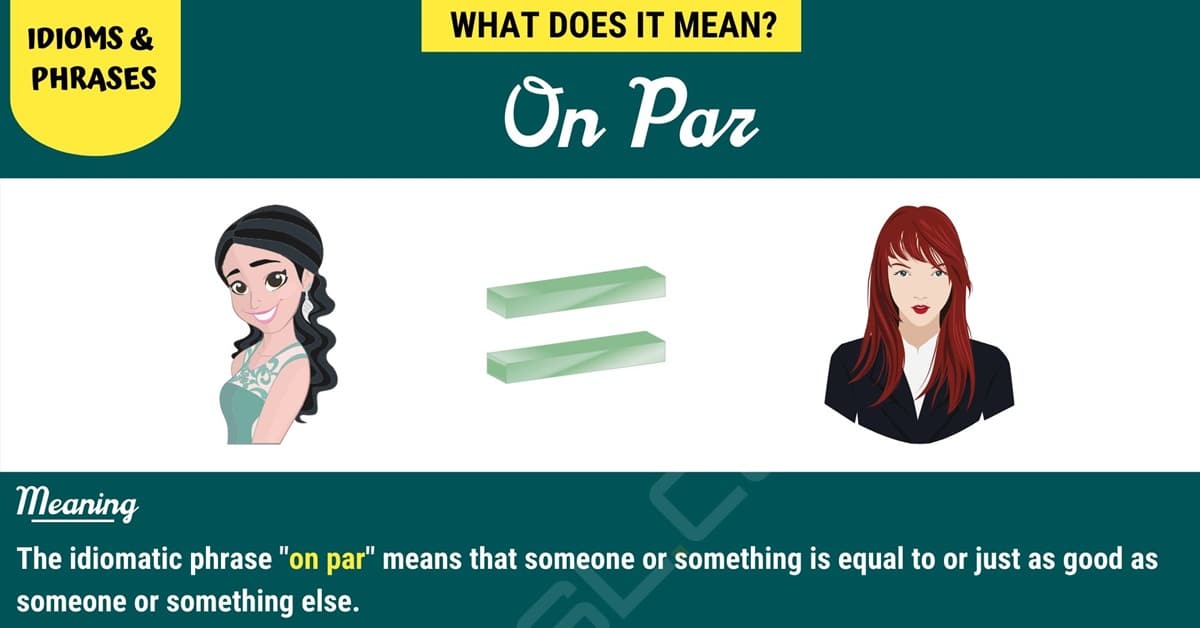 “On par” is a phrase that you may hear frequently during a conversation or see in writing. If you have encountered this phrase and are wondering what it means, then you have come to the right place. Here you will find the meaning of this phrase and some information about its origin. You will also find some examples used in conversations and sentences to see how this idiom is used correctly and suggestions for words or phrases you can use as a substitution for this phrase that still means the same thing.

Although most people would be inclined to assume this idiom originated from the sport of golf like other par phrases that exist, “on par” is different. The word “par” dates back to the 16th century where the word was defined as being “something equal to something else.” The first record of the phrase appearing in writing occurred in 1832. It wasn’t until the 19th century that the term was used in the sport of golf.

Alternatives to “On Par”

There are many substitute words or phrases that you can use in conversation to replace the idiom “on par” and still convey the same meaning. Some of the choices you can use include: 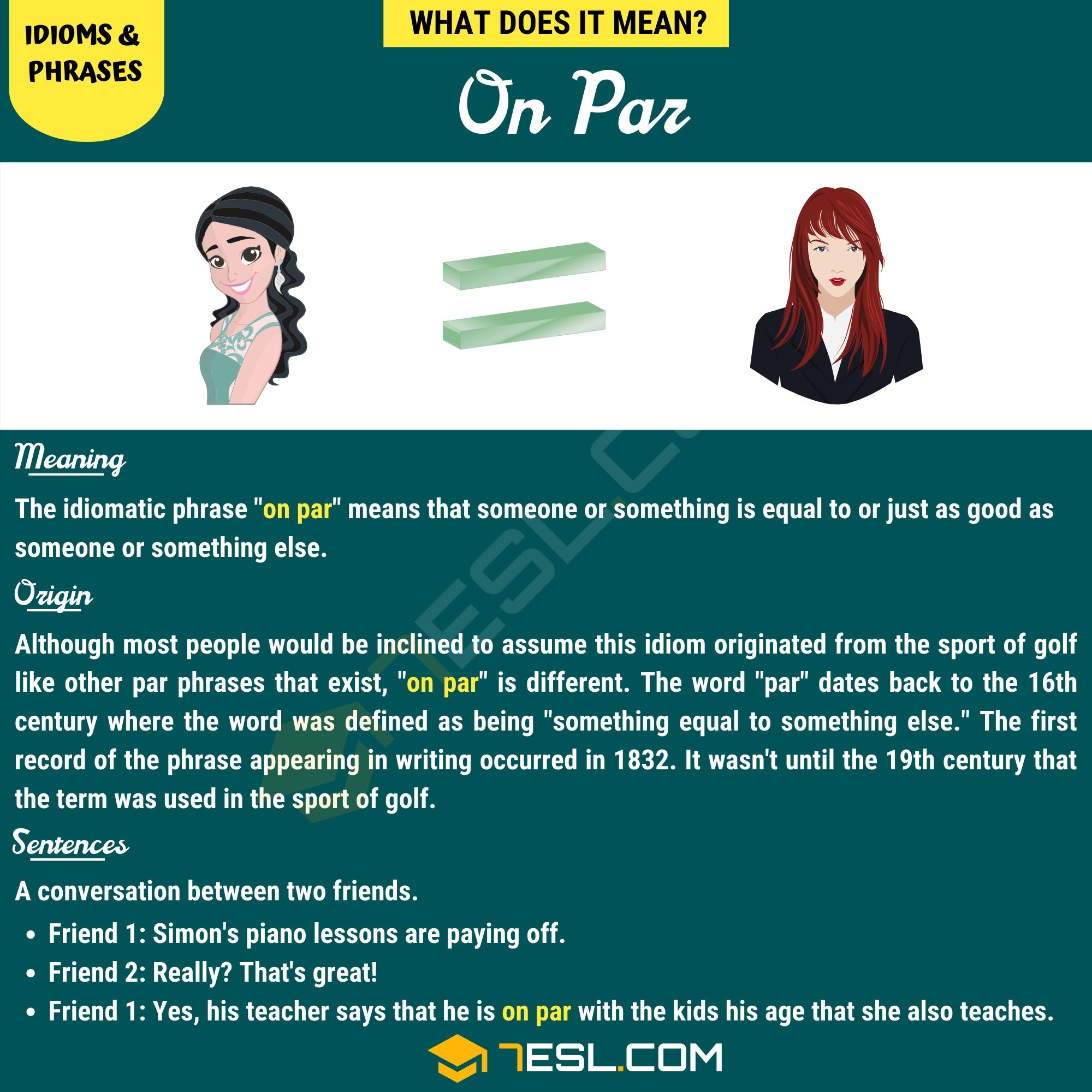