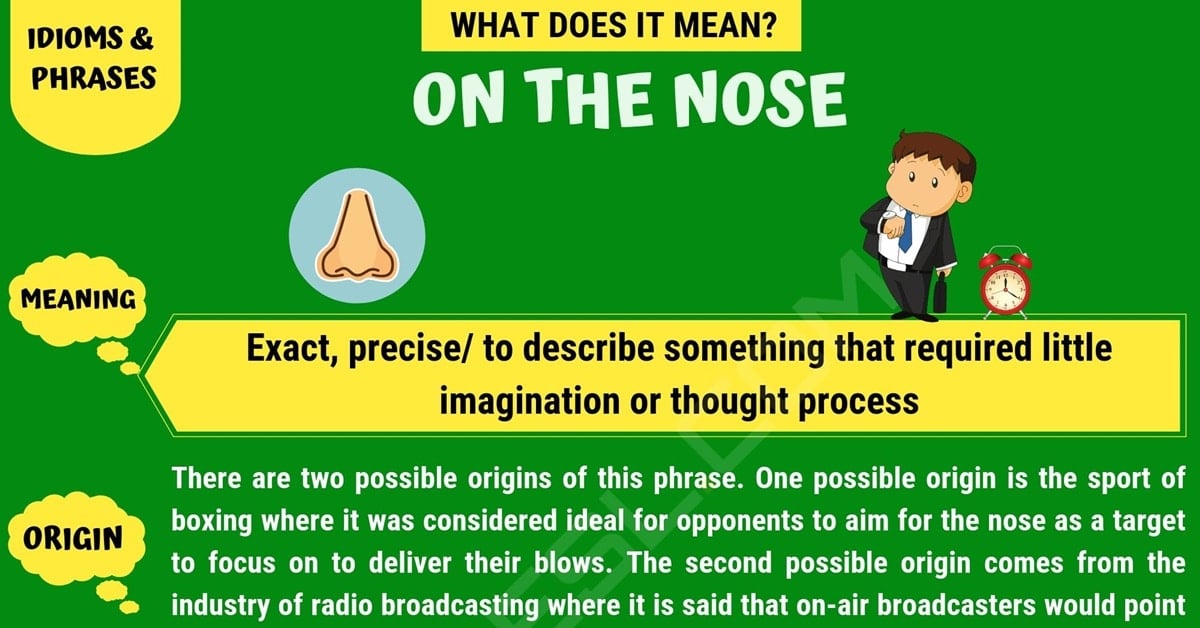 What does the idiomatic expression “On The Nose” Mean? Idioms are figurative words that are put together to convey a thought or feeling. They are words used to create a picture in the mind meant to convey literal words in a informal way. Idioms have been used in every day conversation for hundreds of years. “On the nose” is a popular idiom that is used today. Here you will find the meaning of this phrase, the story of its origin, how to use the phrase properly in conversations/statements and other ways to say the same thing in the literal sense.

On The Nose Meaning

The meaning of the phrase in the idiomatic sense has two different definitions. Depending on how it is used in context, the phrase can mean exact or precise. It can also be used to describe something that required little imagination or thought process.

There are two possible origins of this phrase. One possible origin is the sport of boxing where it was considered ideal for opponents to aim for the nose as a target to focus on to deliver their blows. The second possible origin comes from the industry of radio broadcasting where it is said that on-air broadcasters would point to their nose to indicate to others in the booth that the show was running right on time.

“On The Nose” Examples

A news reporter reporting on a local story.

A wide receiver discussing the impressive throw the quarterback just made.

A teacher talking to a student.

A son talking to his father.

Other Ways to Say “On The Nose”

On The Nose | Picture 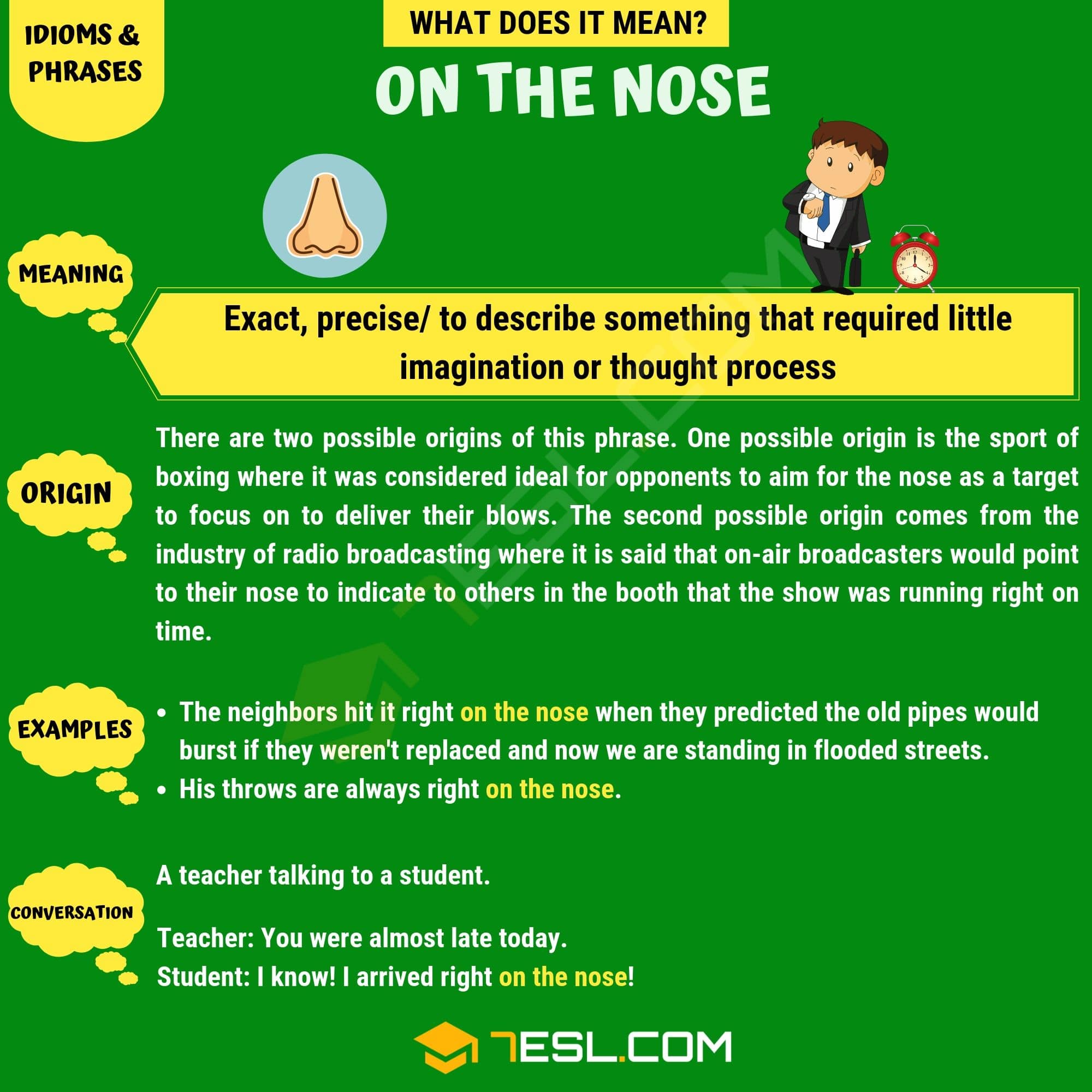