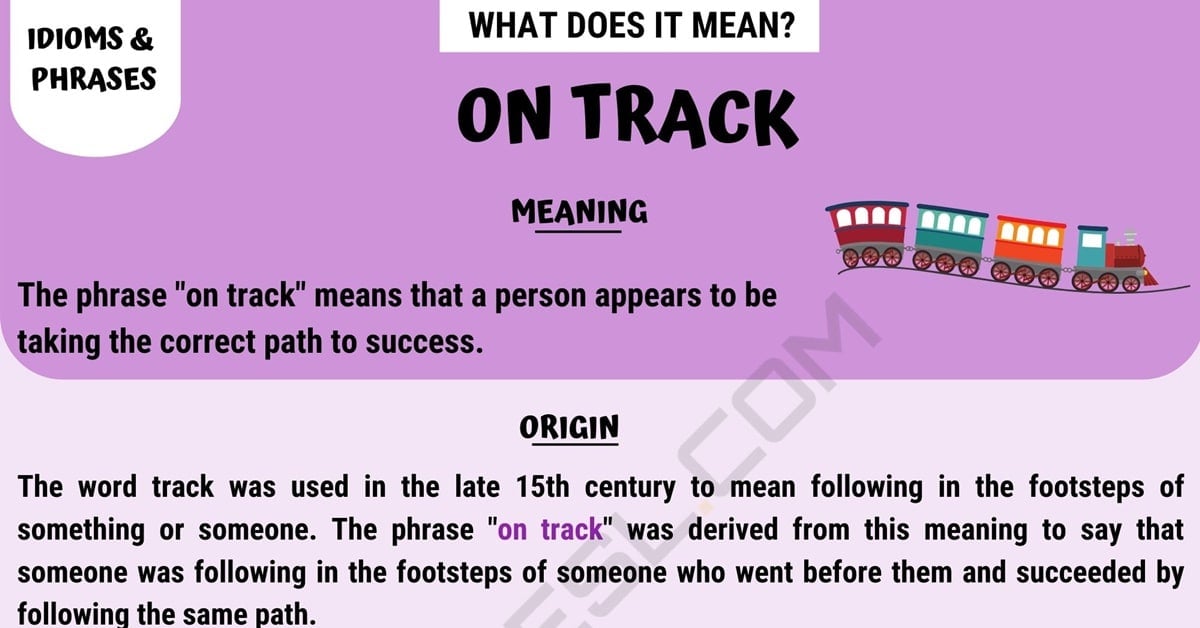 The phrase “on track” is a phrase you may hear or see frequently as a part of everyday conversation and writing. Here you will find the meaning of this phrase and the information about its origin. You will also see examples of how to properly use this phrase in conversations/statements and learn alternative ways you can convey the same meaning.

The phrase “on track” means that a person appears to be taking the correct path to success.

A statement made by the weatherman during his 5 o’clock forecast.

A statement made by a celebrity to a popular entertainment magazine.

A conversation between two co-workers working on a project.

Other Ways to Say “On Track”

As with most phrases, there are many alternative ways to say them while still conveying the same meaning. Some alternative things you could say instead of “on track” include:

What does “On Track” Mean? | Picture 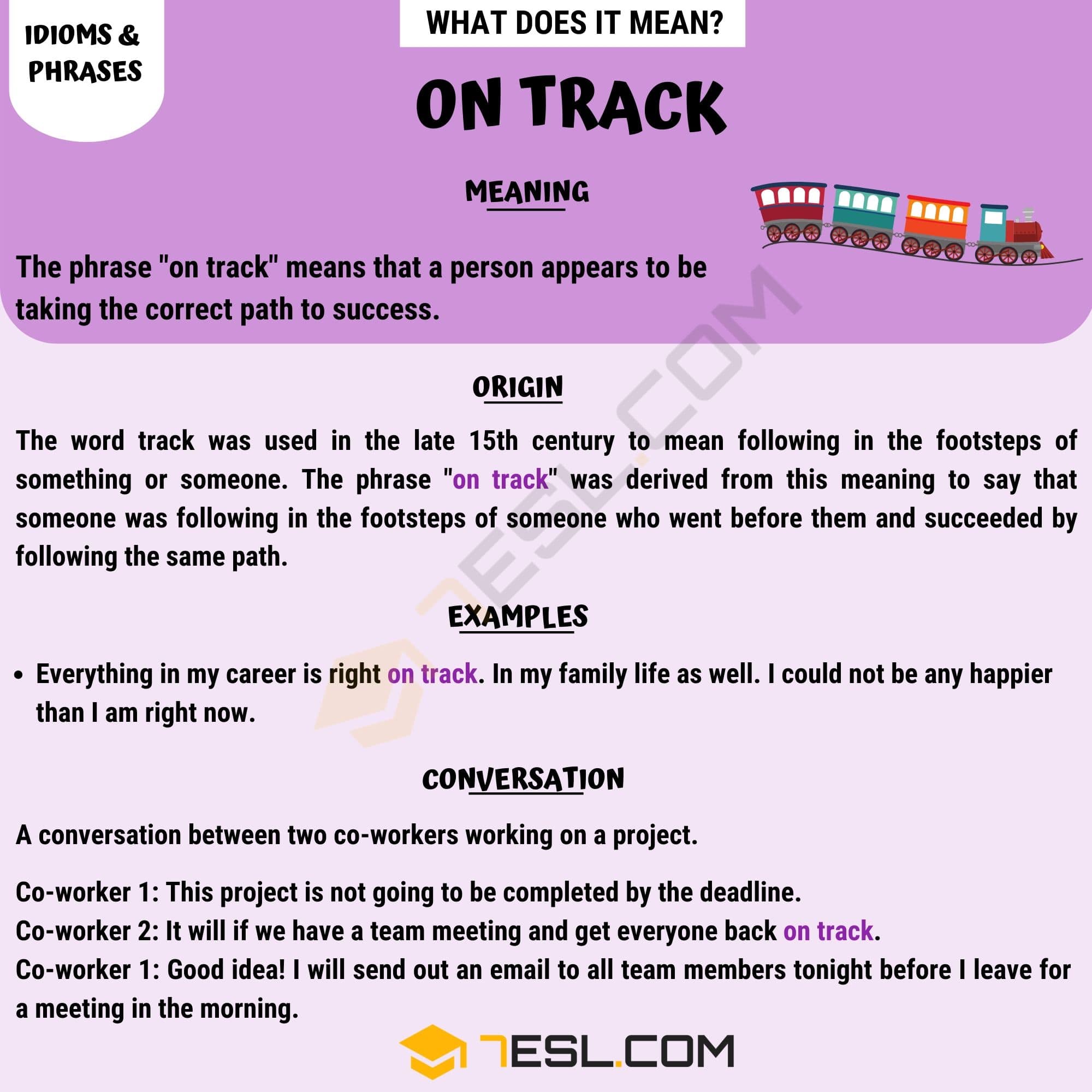