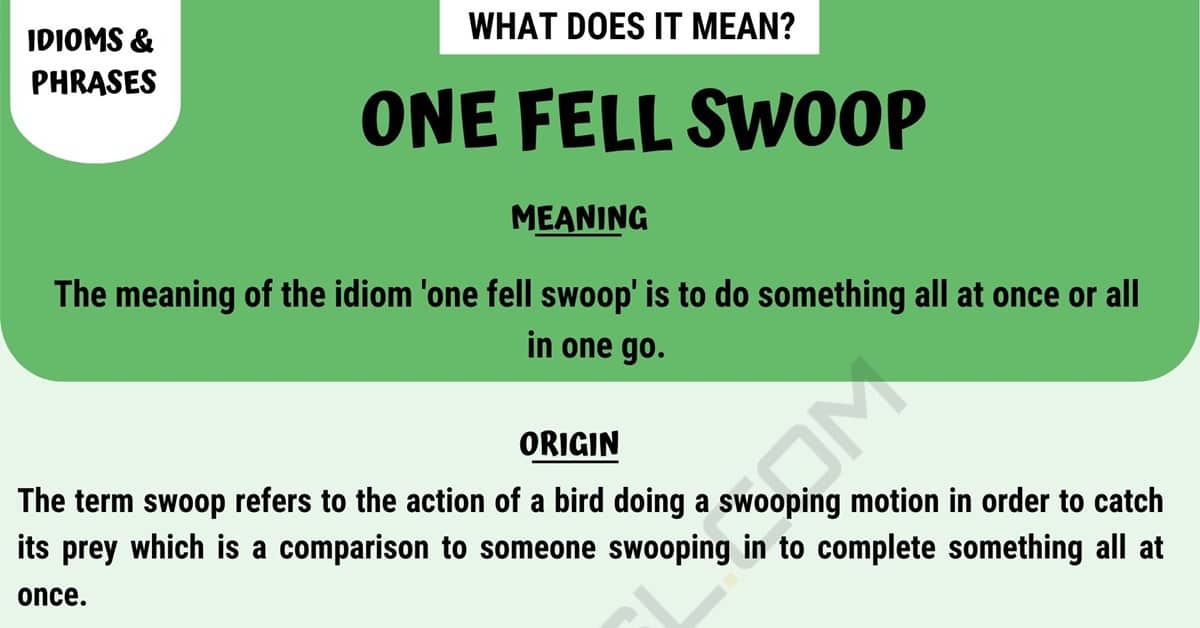 The meaning of the idiom ‘one fell swoop’ is to do something all at once or all in one go.

The term swoop refers to the action of a bird doing a swooping motion in order to catch its prey which is a comparison to someone swooping in to complete something all at once.

This is a statement being made by someone in the workplace.

Here is a statement being made by an MP.

If you are wondering how the saying ‘one fell swoop’ can be used in day to day conversation, here are some examples to show how it would sound.

The first conversation is happening between two friends.

This next conversation is taking place between some people in a factory.

Other Ways to Say “One Fell Swoop”

There are many other ways in which you can express the meaning of the term ‘one fell swoop.’

Here are some examples of other things that you can say which mean the same thing. 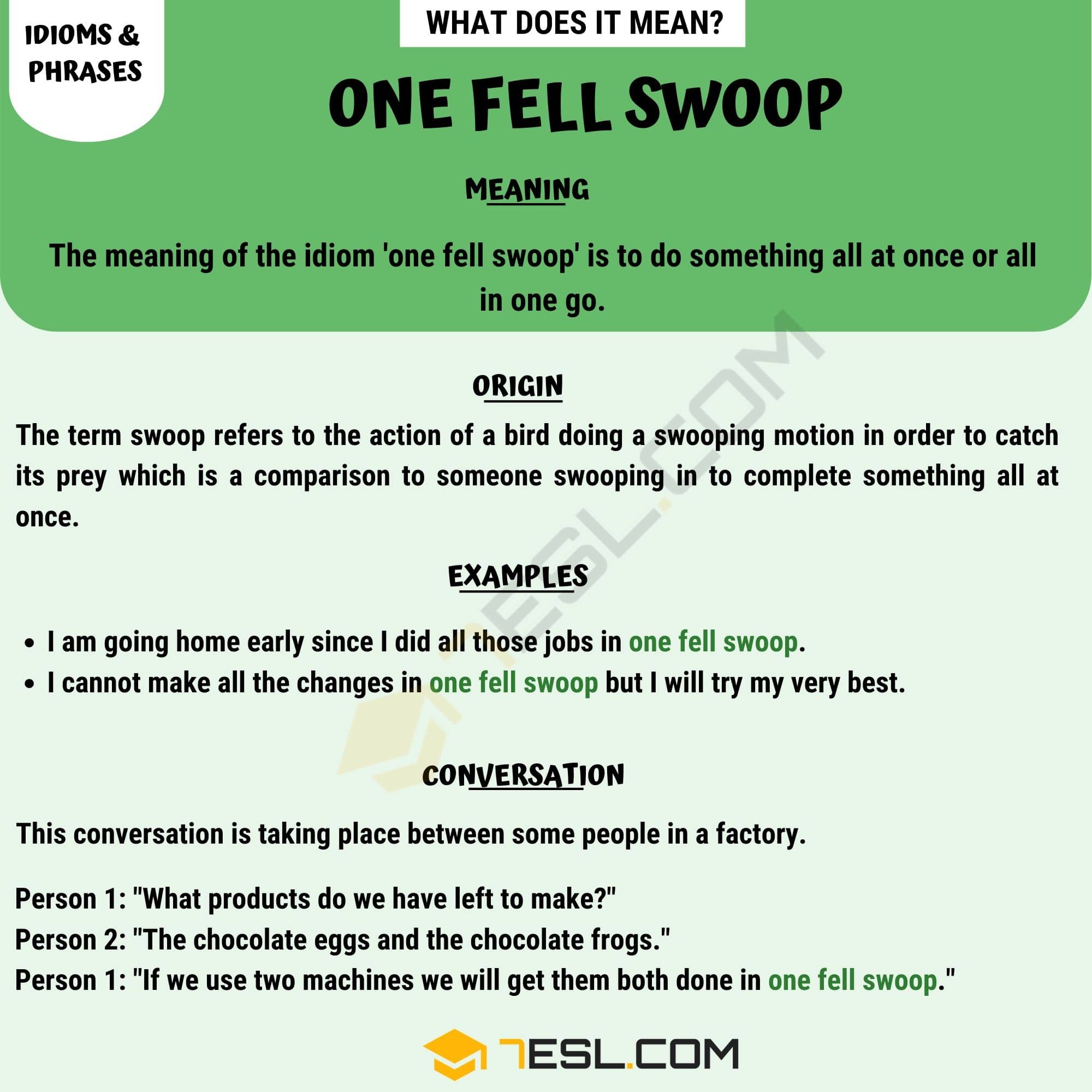