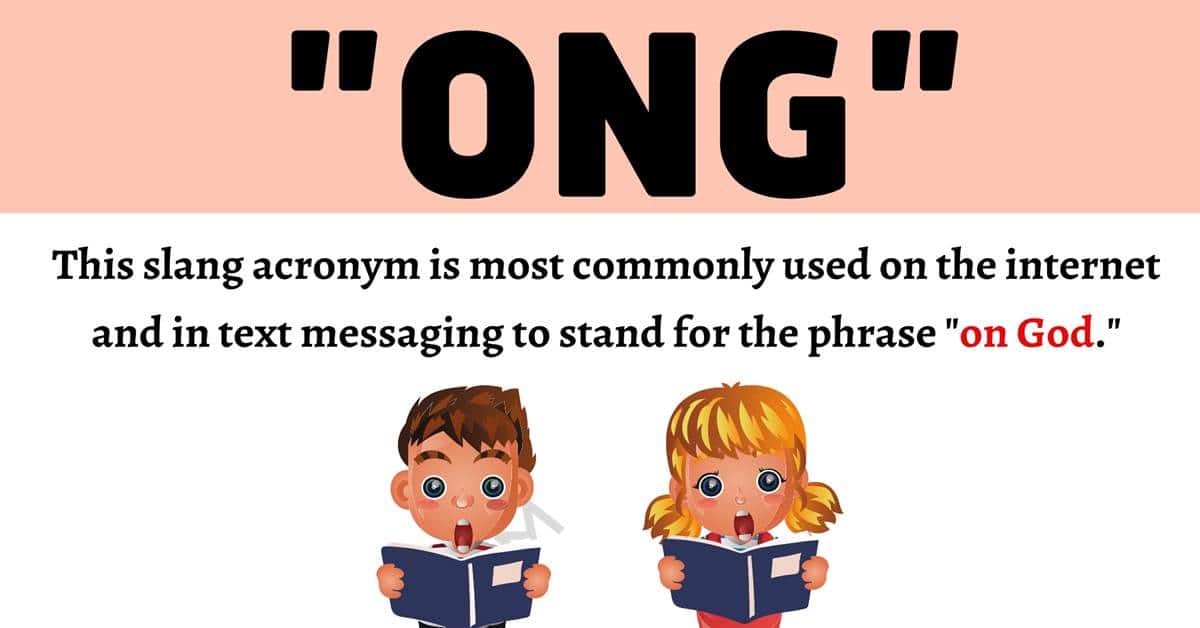 The acronym “ONG” should not be confused with another acronym that is more frequently used, “OMG.” Although they both represent similar phrases, these phrases are said for different reasons. Below you will find the meaning of this term, details about its origin, and some other meanings. You will also be allowed the opportunity to read example conversations so you can see how the term is properly used in a conversation. Finally, you will discover some other phrases that can be used interchangeably with the phrase that this acronym represents that will not change its meaning.

What Does “ONG” Mean?

This slang acronym is most commonly used on the internet and in text messaging to stand for the phrase “on God.” It is used to show someone you are serious about something you’ve done, something you want to do, or something that you are about to say or declare.

There are no specific origin details that can be found regarding this acronym or the phrase that it represents.

Other Meanings of “ONG”

Many define this term as a simple misspelling or type if the acronym “OMG.” Like most other acronyms, this term can also represent other, more specific, titles and phrases. Some of the other things that this acronym can represent are “Oklahoma Natural Gas,” “Ohio National Guard,” “Operation No Gangs,” “Optical Networking Group,” and “Overnight Guest.” This is not an all-inclusive list of all the possible terms thus acronym can represent. There are more but there are too many to mention them all here.

There are several other phrases that you could say instead of saying the one represented by this phrase that would relay the same or similar meaning. Some of the other things you could say include: 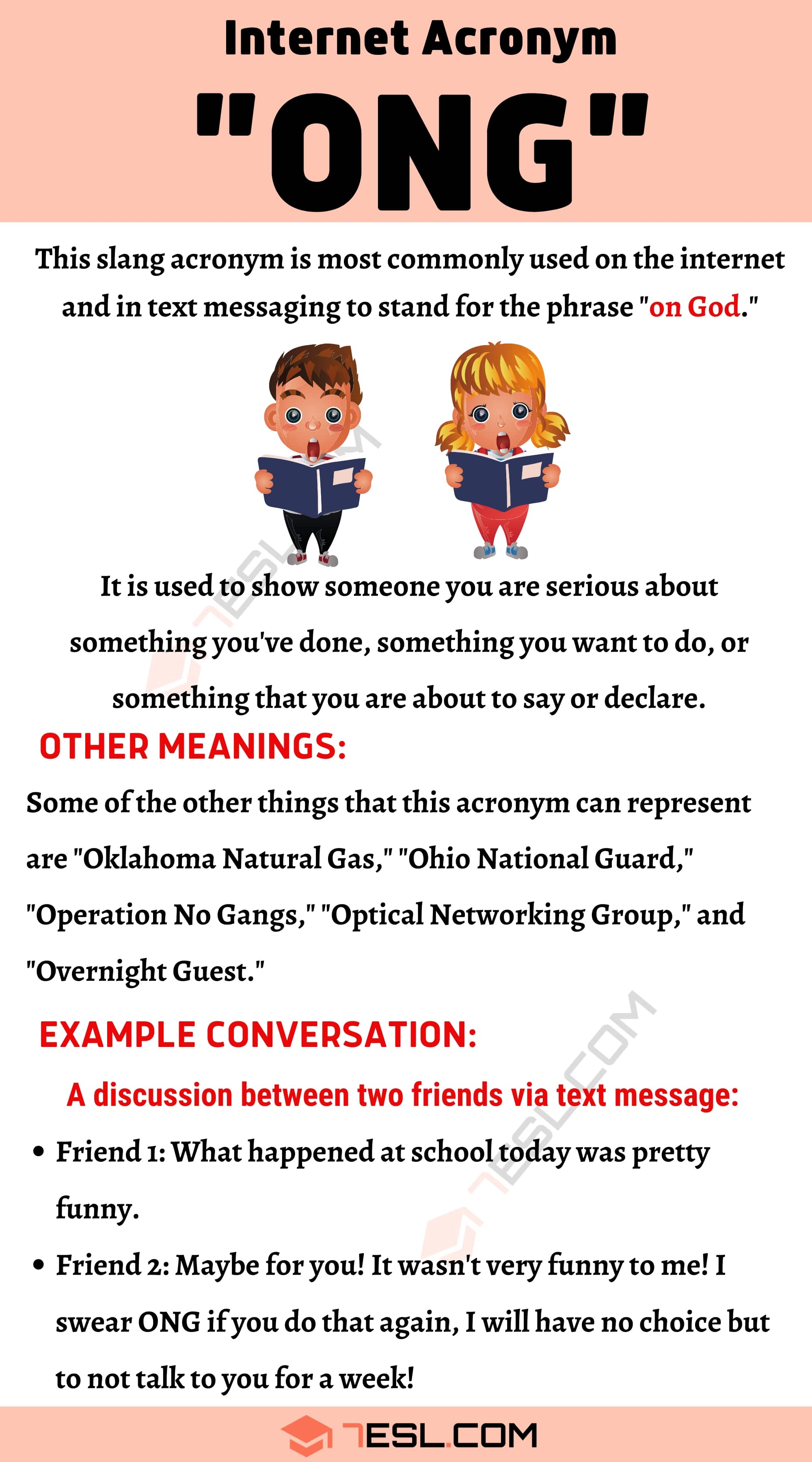