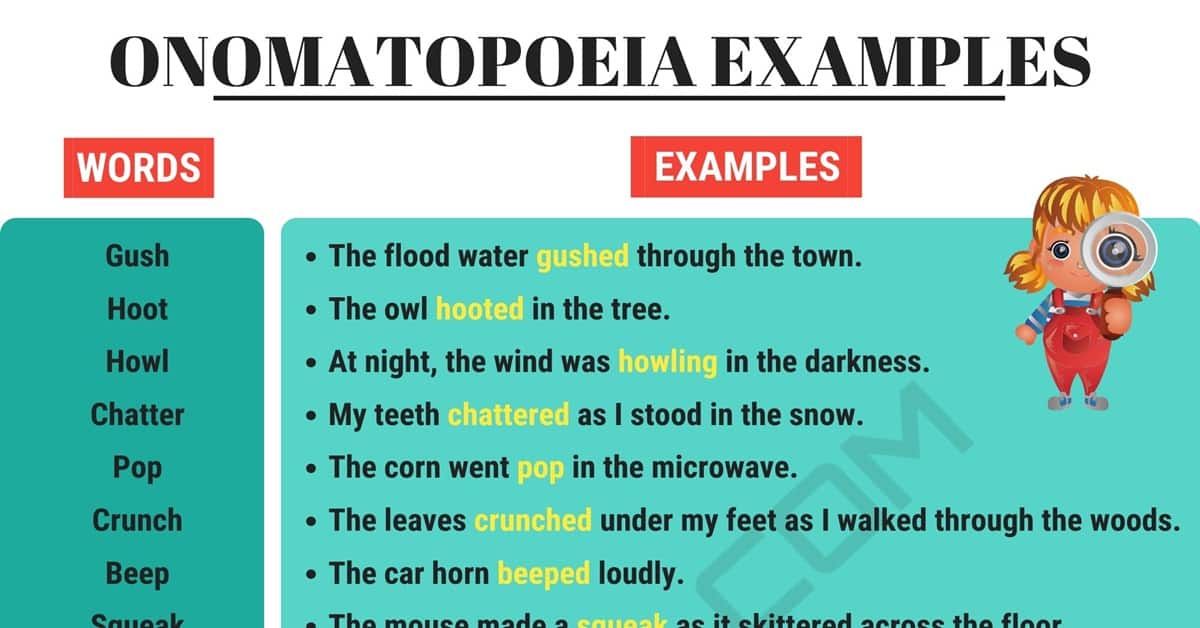 When looking at the English language you will sooner or later find yourself confronted by the word ‘onomatopoeia.’ Although this looks like a very challenging word that must surely carry a complicated meaning, in reality it is the complete opposite. We are going to take a look at what exactly onomatopoeia is and how it can be used. We are also going to look at a comprehensive list of words that are classed into this onomatopoeia category.

In short onomatopoeia is when a words sound resembles the sound which it is describing. For example, the word sizzle is a form of onomatopoeia because the sound that the word makes actually sounds like a sizzle.

You can think of onomatopoeia almost like a sound effect. When the word is said, the sound that it makes sounds like the thing it is talking about. These words can give a more detailed description of an item or a situation by actually allowing the listener to hear the sound of what is being talked about.

Many onomatopoeic words fall into groups depending on what it is they are describing, for example, words such as splash, drip, drizzle and splosh can all be used to describe water and therefore are grouped together.

Let’s take a look at some examples of onomatopoeia to further explain how it can be used in a sentence or conversation.

One of the most common uses for onomatopoeia is within written text such as fiction or descriptive work. It enables the writer to give a more in-depth and understandable description on something. For example, the sentence:

The word whistled being the onomatopoeic word in this case.

Another common way to use onomatopoeia is to describe the sound which are made by animals. For example rather than saying;

In this case the word quack is the onomatopoeia in this sentence.

Here are some more onomatopoeia examples being used in a sentence, the onomatopoeic words will be highlighted in bold.

Here is a detailed list of words which are onomatopoeic. 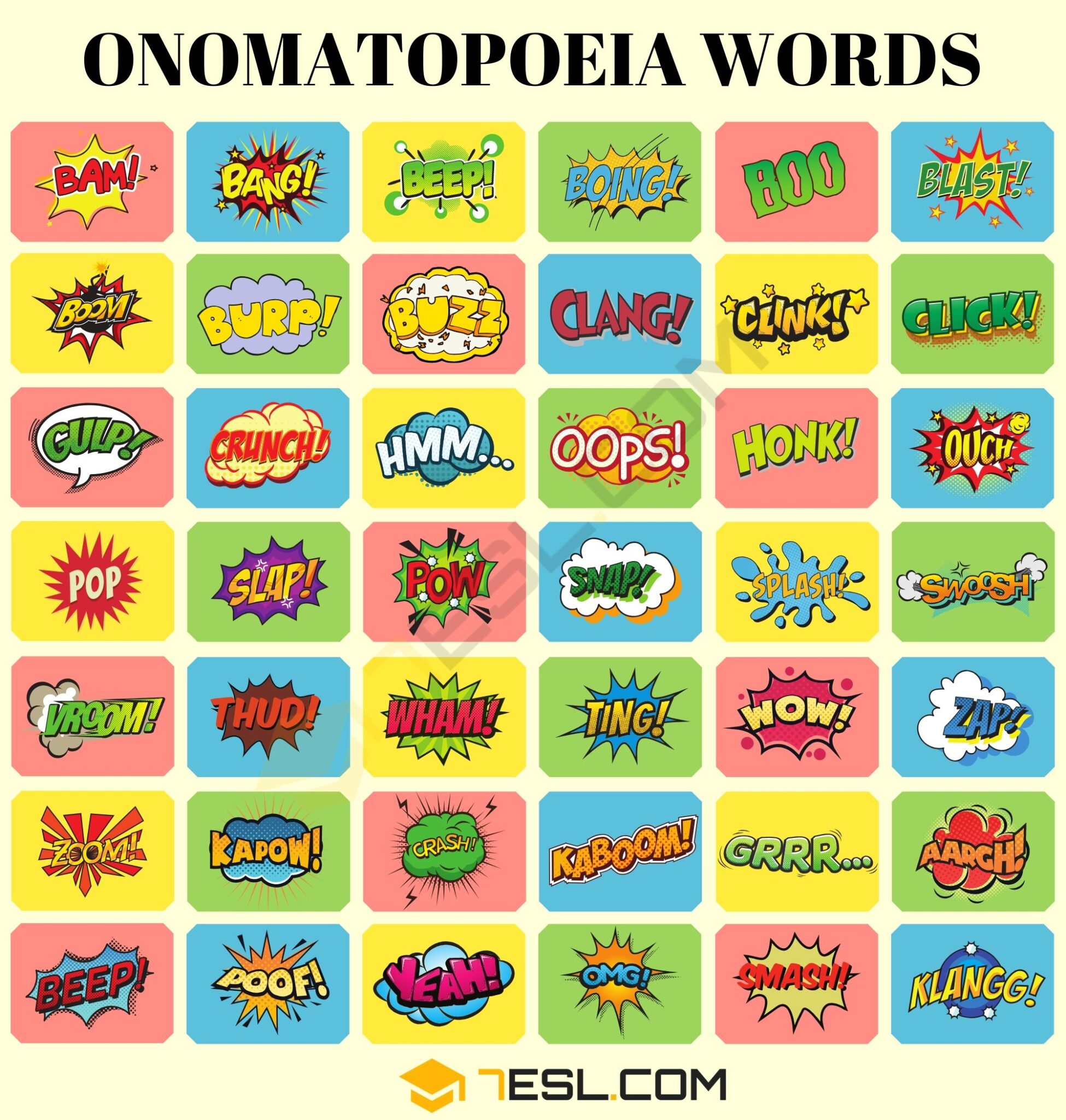 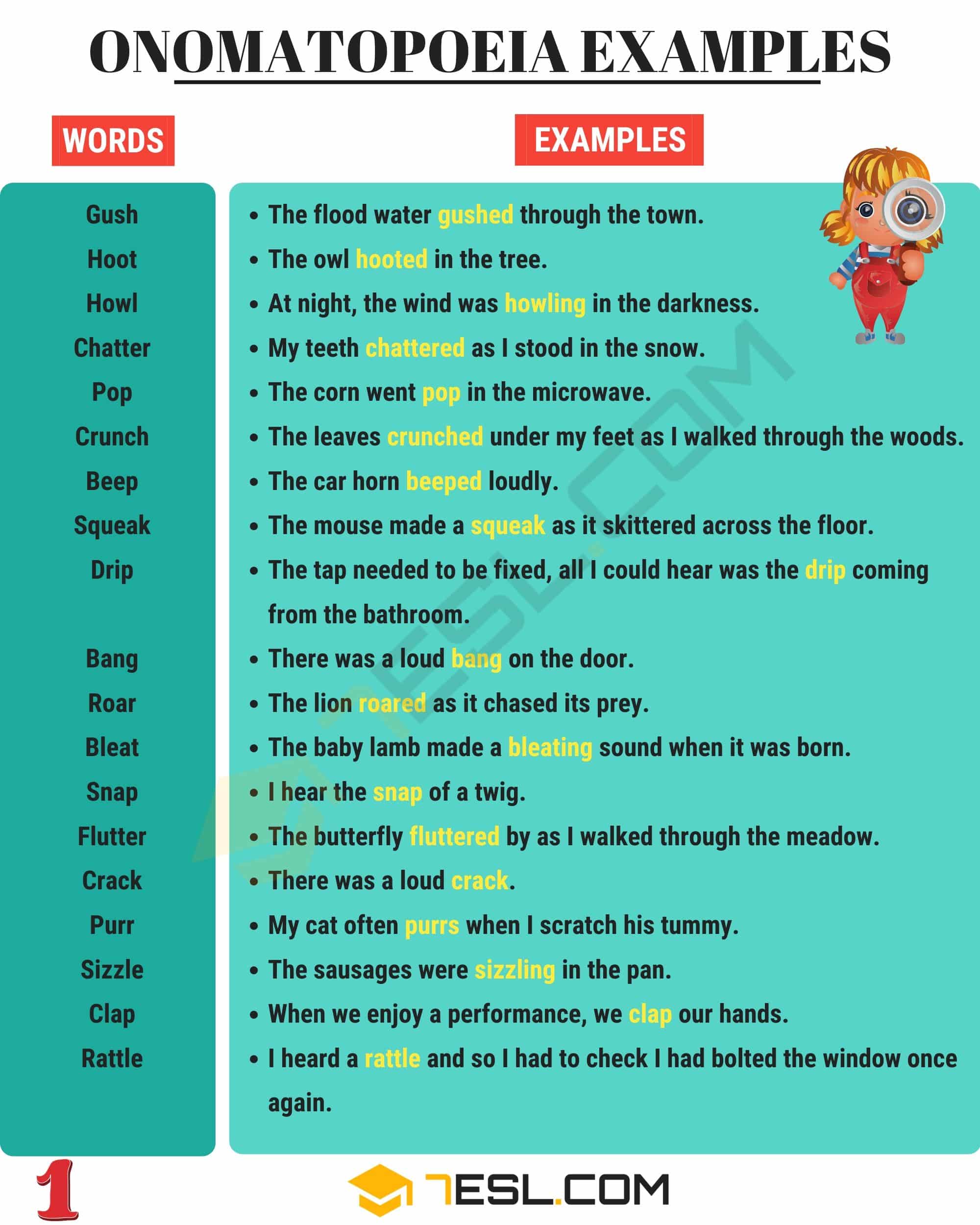 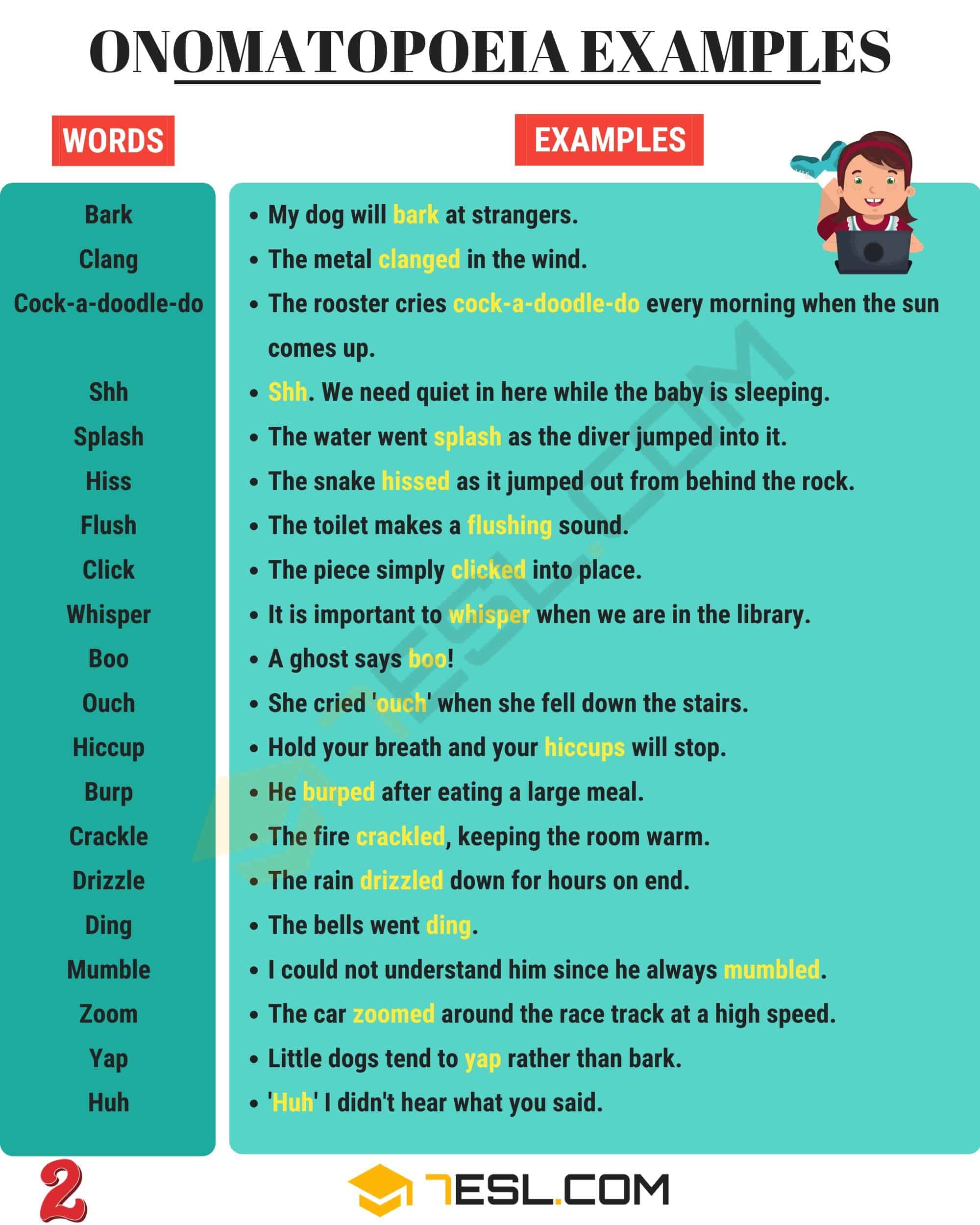 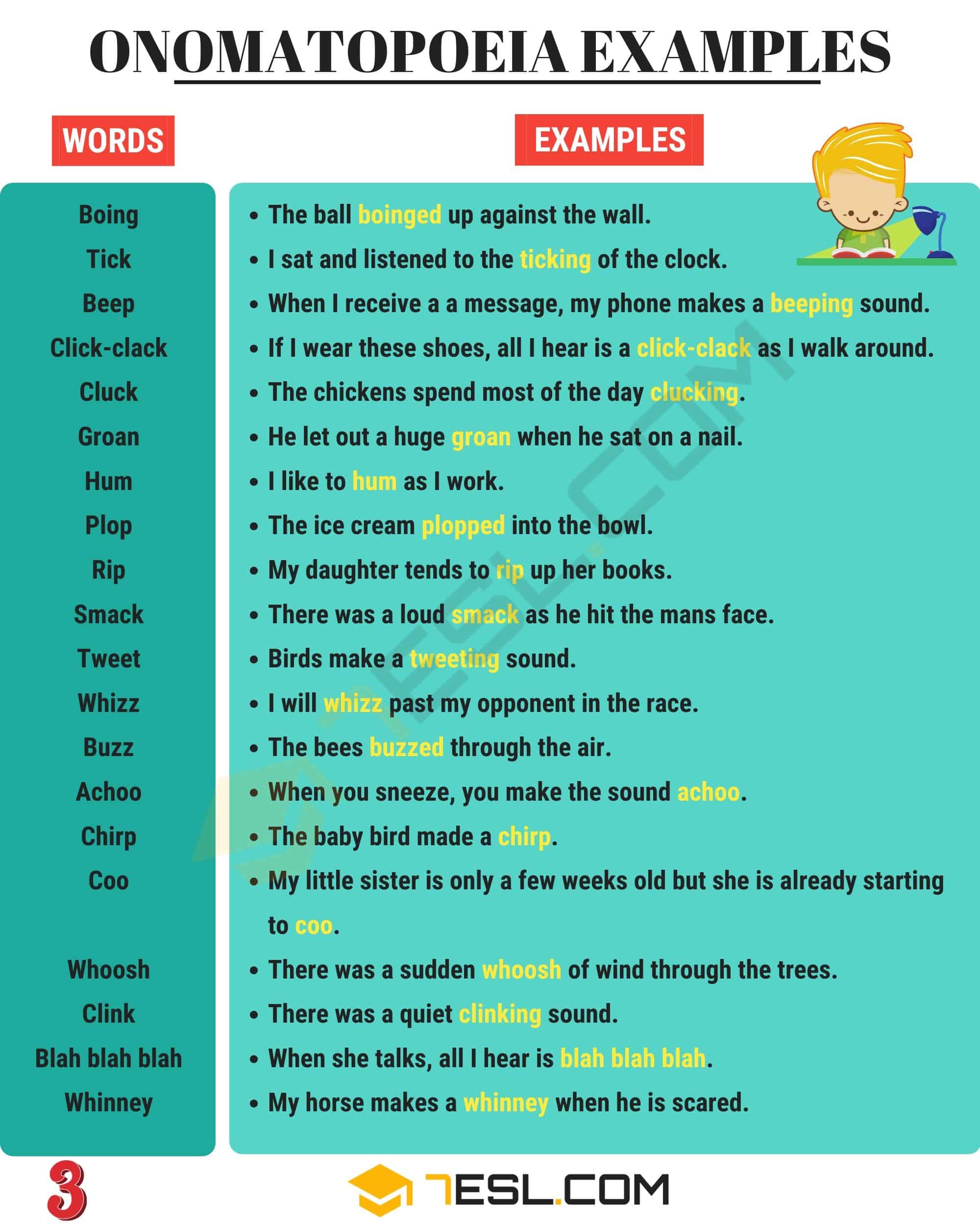 WE ARE THE NUMBERS