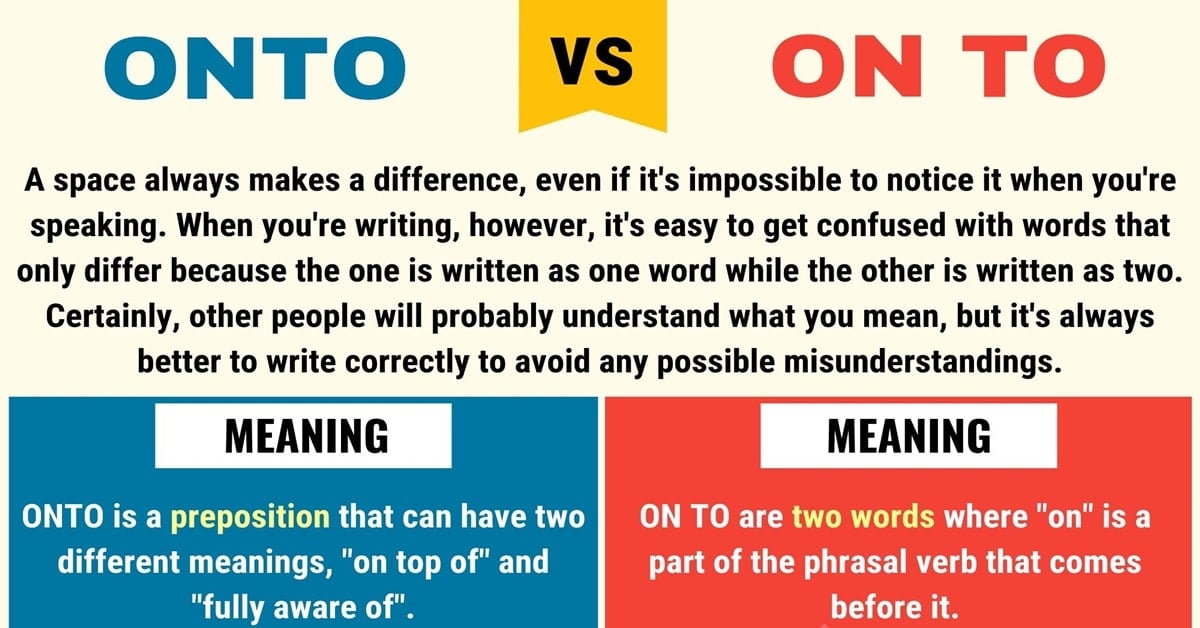 Onto vs. on to! A space always makes a difference, even if it’s impossible to notice it when you’re speaking. When you’re writing, however, it’s easy to get confused with words that only differ because the one is written as one word while the other is written as two. Certainly, other people will probably understand what you mean, but it’s always better to write correctly to avoid any possible misunderstandings. To feel even more confident in your written English, read on to find out the difference between onto vs. on to.

Onto vs. On to

ONTO is a preposition that can have two different meanings, “on top of” and “fully aware of”. ON TO, on the other hand, are two words where “on” is a part of the phrasal verb that comes before it.

Is It Onto or On to?

Let’s look at a few examples to make the distinction clearer. For instance, when you say that someone climbed onto the roof, onto is spelled as one word because it shows that this person climbed on top of the roof. Or, let’s say that one of your friends has been robbed. After they contact the police and say which items were stolen, the police will be onto the robbers. What you mean by this is that the police will be fully aware of, or informed about the robbers and that now they will do everything possible to catch them.

To sum up, onto is a preposition that usually has to do with movement, while in on to, on is a part of a phrasal verb. To check whether you are using the correct word, try placing “up” before the word in question. If it works, then you need to go for onto. For example, you can say both “He climbed onto the tree” and “He climbed up onto the tree”, so onto, indeed, should be one word.

Onto vs. On to Examples

How to Use Onto vs. On to Correctly? | Image 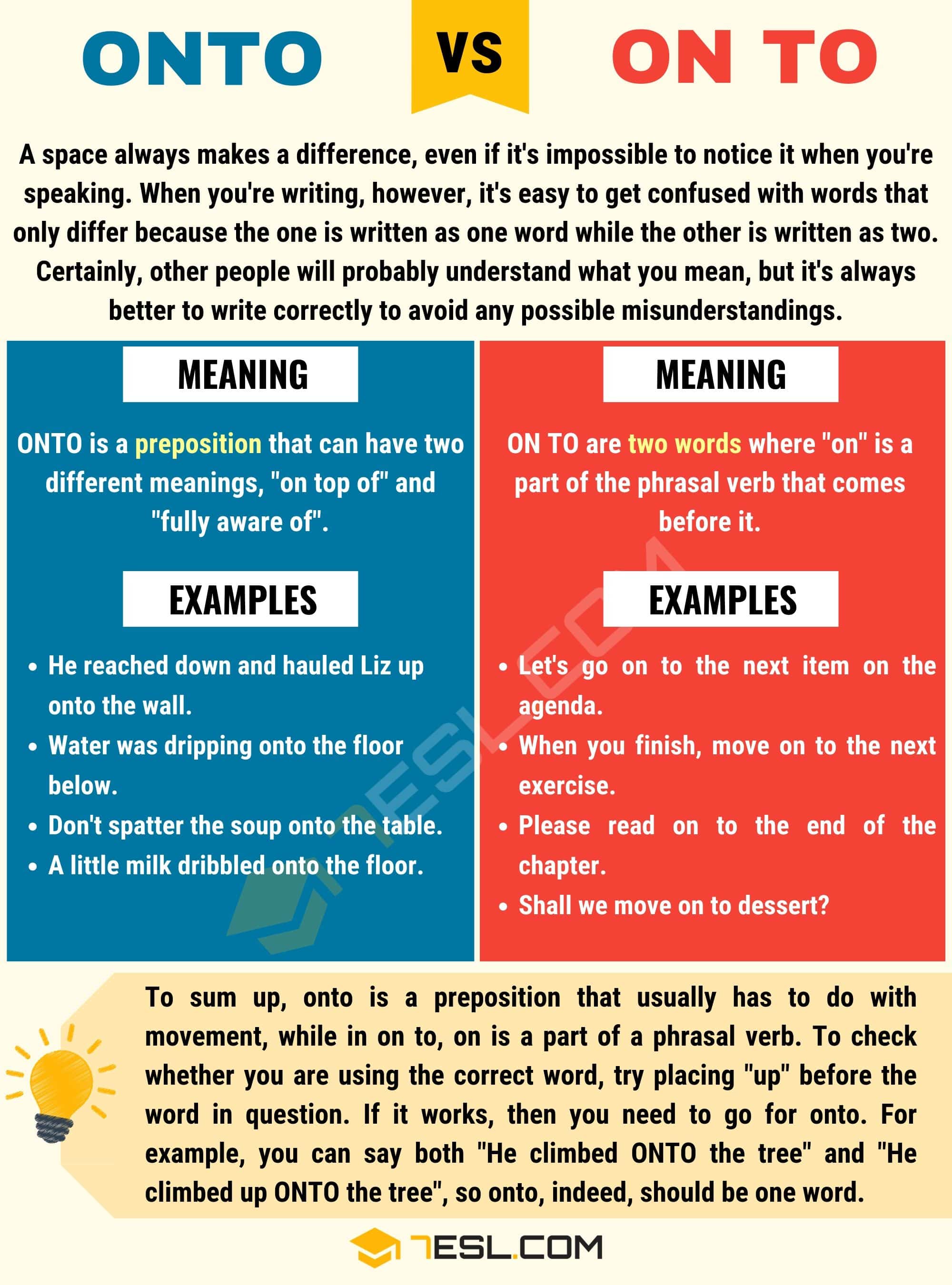 What’s the Difference between Onto vs. On to?