Home
Slang
OO Meaning: What is OO in Internet Slang? with Useful Examples

“OO” is widely used online and in text conversations. Most people are left wondering what it means. If you are one of those people, then look no further than this article to become enlightened. Here you will find the meaning of this slang term and the information regarding its origin if there is any available.

You will also find other meanings of the term and see it used in some examples of text messaging and online communication so you can better understand the term by seeing it used properly in the correct context. Furthermore, you will find some suggestions of words or phrases that you can use in place of “OO” to convey the same meaning.

What Does OO Mean?

The most widely accepted meaning of the term “OO” is a representation of a person’s eyes to show a shocked expression. It was used as a means to express someone was shocked before the invention of the emoticons that are widely used in current texting and online communication.

No definitive origin information is available regarding the usage of the “OO” term. However, looking through all the available entries made by online users of the Urban Dictionary the “OO” as a representation of eyes to convey shock and surprise has at least been used since 2003.

There are plenty of other meanings for the term “OO” stated by users in the Urban Dictionary and there are way too many choices to list all of them here. A few of the alternate meanings include the term “OO” used as an acronym in the field of computer science to mean the phrase “object-oriented.”

Another user stated that “OO” is the representation of the sound someone makes when they are in awe of something. Yet another user contributed that “OO” was used as an acronym to represent the phrase “owner-operator.” The list goes on and on but the most widely accepted is the meaning of “OO” being a text emoticon for shock.

There are many options available to substitute for this representation of shock and awe. Some of the words you can use instead of the term “OO” include: 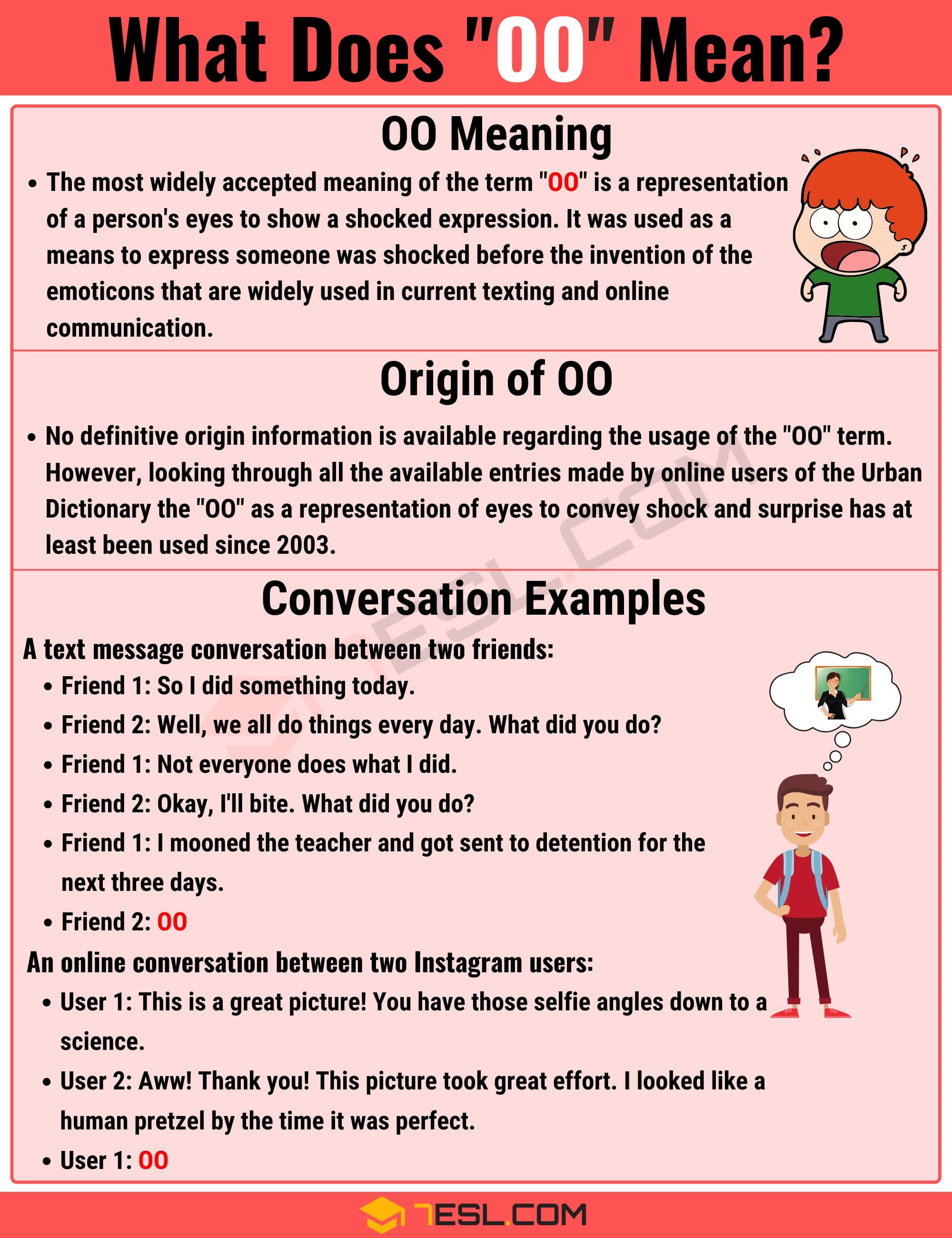