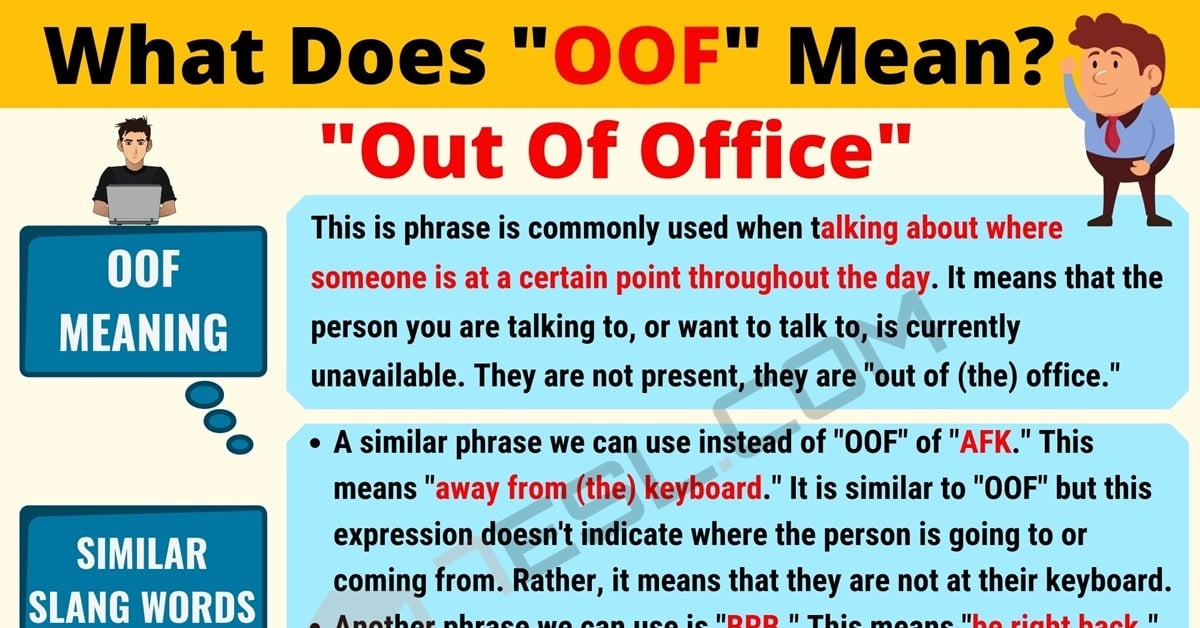 What does OOF mean? Are you looking for the definition of this texting acronym? This article explains how to use this internet slang term with useful conversation examples and ESL infographic.

What Does OOF Mean?

This is phrase is commonly used when talking about where someone is at a certain point throughout the day. It means that the person you are talking to, or want to talk to, is currently unavailable. They are not present, they are “out of (the) office.”

While most cases of “OOF” will mean “out of office,” it can sometimes be read as “oof.” When said as a word and not read out as “O-O-F,” it is a kind of exclamation. It shows surprise, pain, or a general reaction to some type of action or news. This is also used in Spanish speaking countries and is written “uf” but pronounced the same way (like “goof” without saying the “g”).

A similar phrase we can use instead of “OOF” of “AFK.” This means “away from (the) keyboard.” It is similar to “OOF” but this expression doesn’t indicate where the person is going to or coming from. Rather, it means that they are not at their keyboard. Another phrase we can use is “BRB.” This means “be right back.” Similar to “AFK,” this shows that the person will be gone for a period of time. The difference is that this phrase shows that the person will return at some point in the future. With “OOF” and “AFK,” this is unclear.

“OOF” can be used by a variety of people. Because it contains the word “office,” it is more likely to be used in a workplace setting or when talking about an office. In addition, this acronym shouldn’t be used in formal business communication because it comes off as unprofessional. When used at work, it will probably be used by co-workers or between employees in an informal setting.

Let’s look at some examples:

Example 1 shows a conversation between two co-workers. They are discussing the details of a bonus that they should be receiving soon. In order to find out the details of this bonus, they must talk with another co-worker, Bruce. Co-worker 1 asks Co-worker 2 if he knows where Bruce is. Co-worker 2 answers that he’s not sure, but he is fairly certain that Bruce is “OOF,” or “out of the office.” It’s not clear when he will return or where he has gone.

In example 2 we have a conversation between two people playing a game. There was a new patch that was recently released. Both of the gamers display their eagerness to try out the new version of the game. Gamer 1 states that he hopes their team isn’t “OOF.” In this case, “OOF” means that the other players are preoccupied or not fully paying attention to the game. It doesn’t mean that they are physically “out of the office” but are distracted by other things. 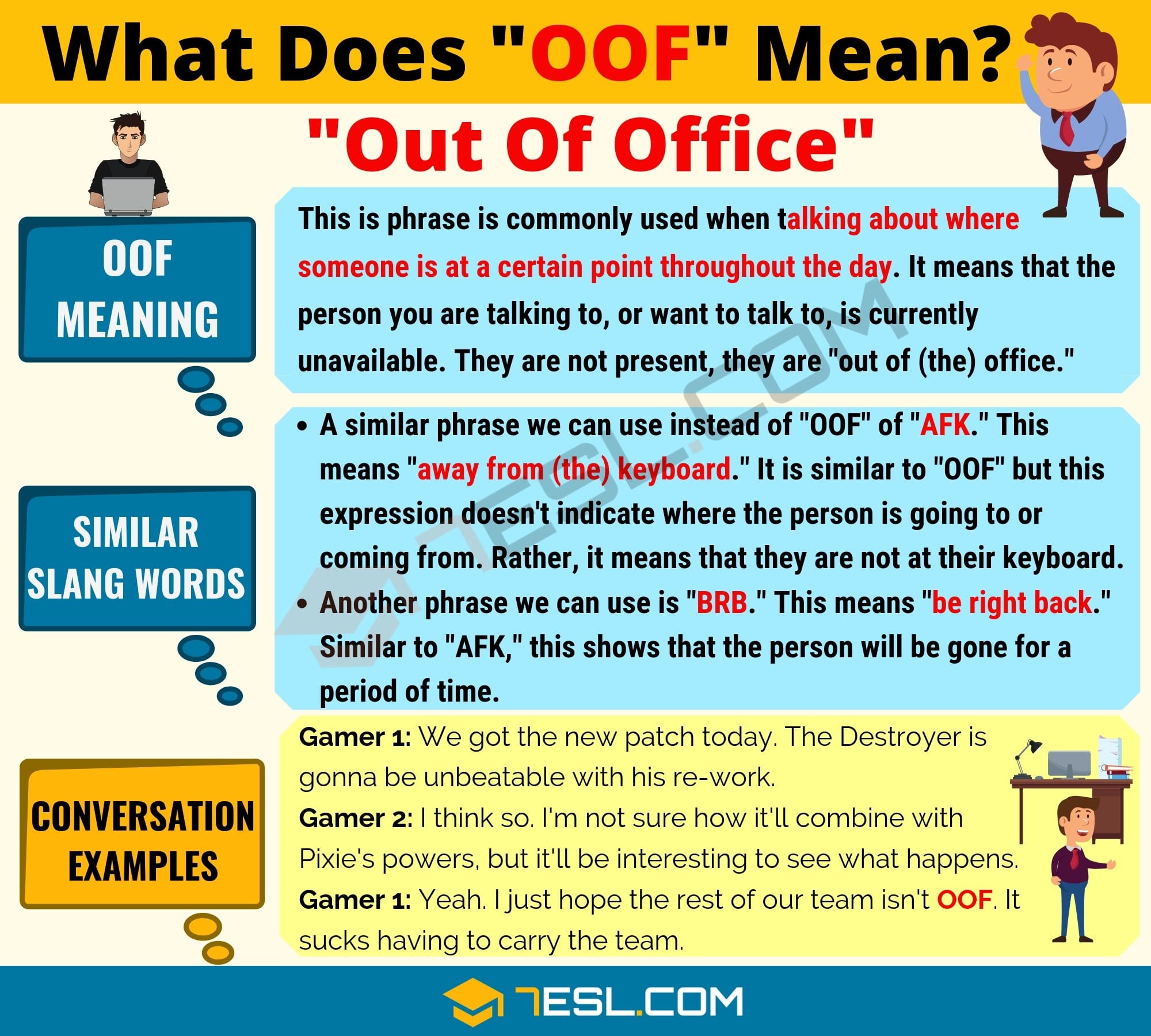 no it means overwhelmingly overpowered failure