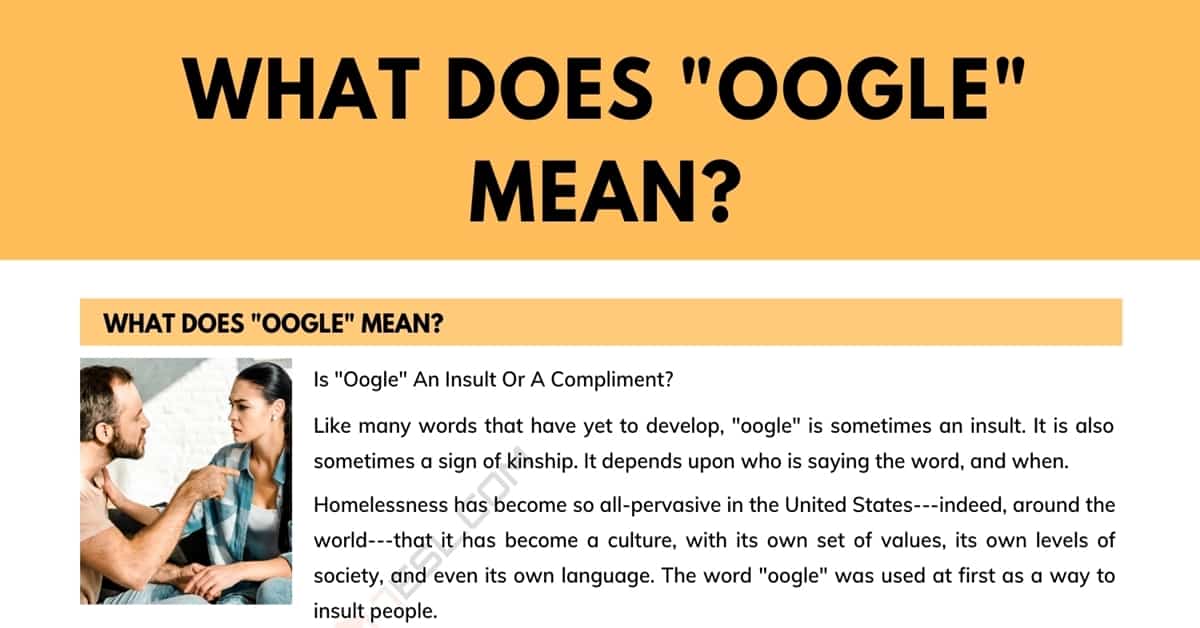 There are more and more new words being introduced to the English language all the time. One of these words is “oogle”. This word is a fairly recent addition to the world of communication, having been added toward the end of the 20th century. Most believe it came into general use around the 1990’s.

Okay, so “oogle” is still a bit on the young side when it comes to language. But where did it come from? More importantly, what does it mean?

Is “Oogle” An Insult Or A Compliment?

Like many words that have yet to develop, “oogle” is sometimes an insult. It is also sometimes a sign of kinship. It depends upon who is saying the word, and when.

The Meaning Of “Oogle”

Homelessness has become so all-pervasive in the United States—indeed, around the world—that it has become a culture, with its own set of values, its own levels of society, and even its own language. The word “oogle” was used at first as a way to insult people.

Homeless people who had been that way for a while (crusties) used the word as a way to ridicule younger people who wouldn’t be around long (transients).

When we think of homelessness, usually we think of a state of being that we would choose not to have to live in, right? Well, oogles are known for rejecting their affluent lifestyle and choosing, instead, to hop trains, panhandle, and move from place to place. So they are transient punks, and often they abuse substances, have multiple piercings and tattoos, and they dress in a punk style.

What The Word Meant When It Was First Used

As far as what “oogle” meant at the very beginning, no one is quite sure. There is speculation that it evolved from a blending of “ogle”—to look at with lecherous thoughts—and “google”—because young people who have the money for a phone seem to constantly be texting, calling, or Googling something on their cellphone. It has become so prevalent, in fact, that it is a safety hazard at times.

Who Uses The Word “Oogle”?

People who can’t seem to find a way to get a home off the streets—crusty punks—use the word to tease people who choose to be homeless and are new to homelessness. If you live in a house, you are considered ineligible to use the word because you can’t understand homelessness. Unless, of course, you use the word as a verb. Then it changes the meaning and usage of the word, and anyone can use it.

Examples Of How To Use The Word “Oogle” As A Noun

Words To Use Instead Of “Oogle”

Did you see that guy sleeping in the doorway? He’s a newbie, isn’t he? 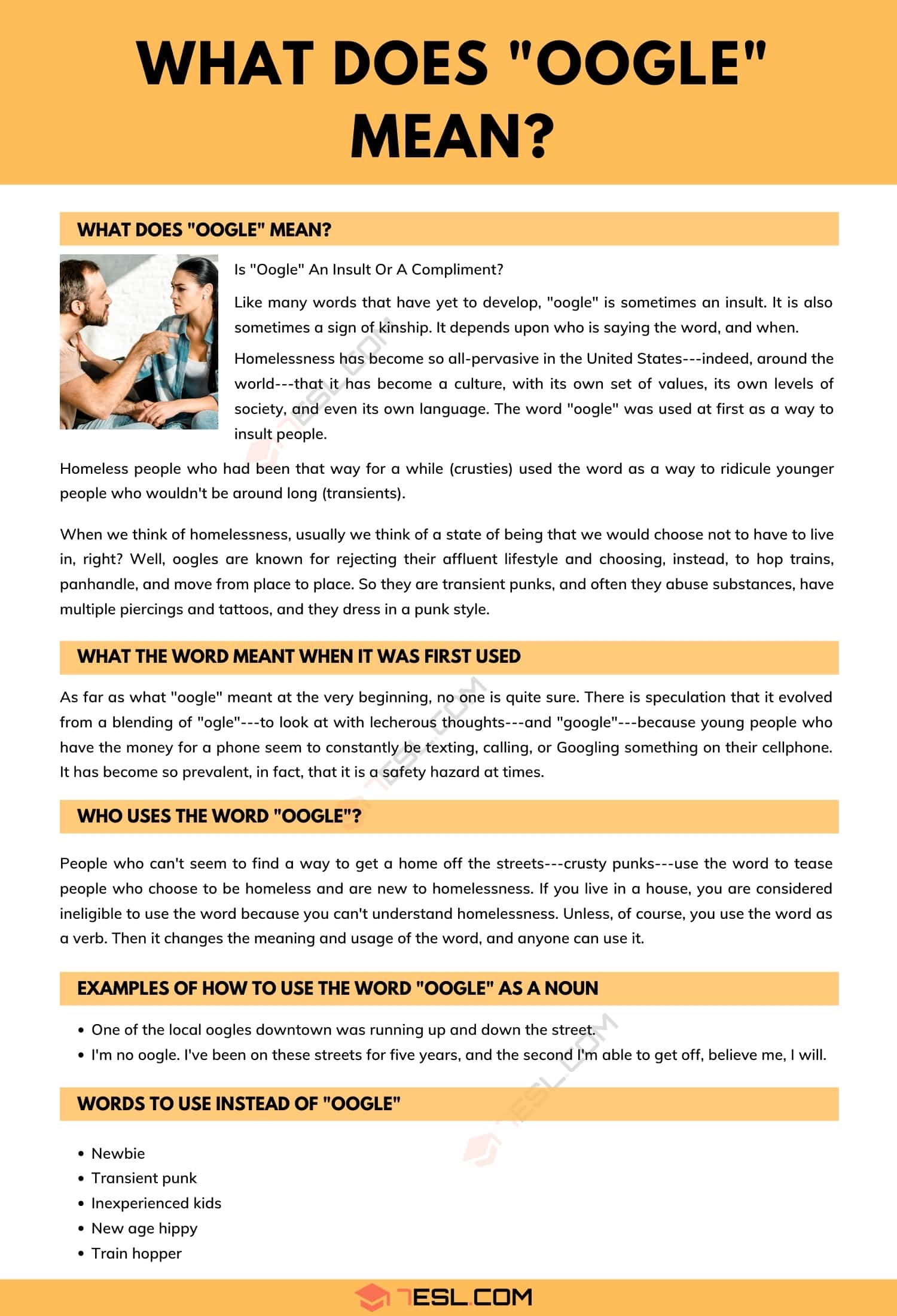