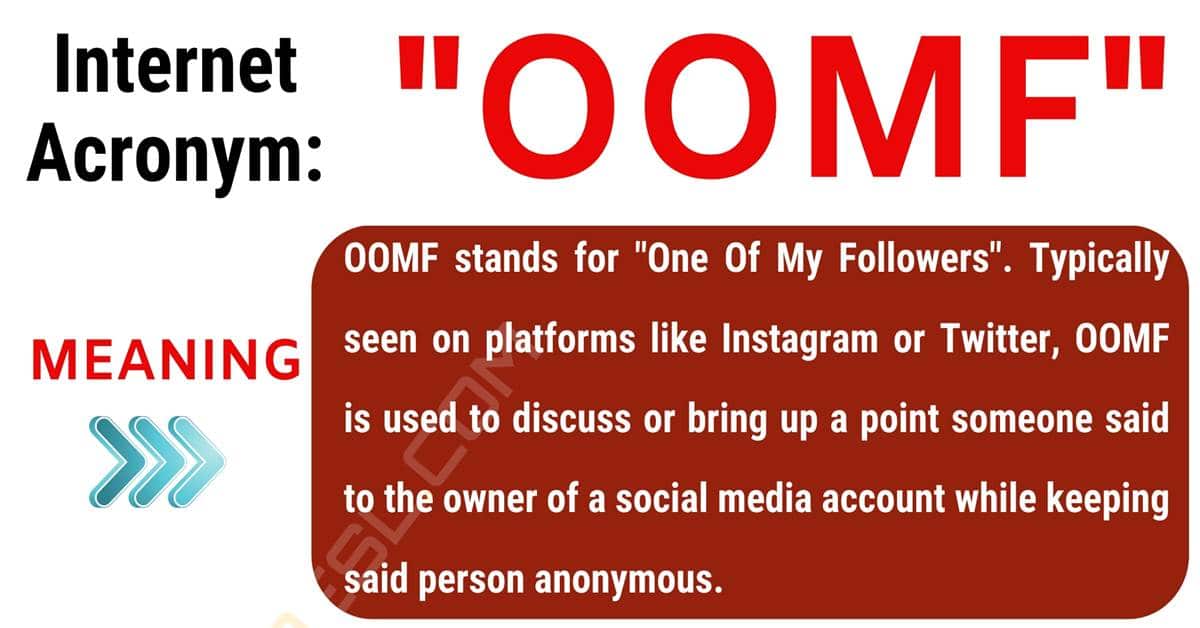 Pin
What does the internet abbreviation “OOMF” stand for? OOMF is an acronym commonly seen on social media. Learn the definition and how to use this internet slang word with ESL picture and useful text conversations in English.

What Does OOMF Mean?

OOMF stands for “One Of My Followers”. Typically seen on platforms like Instagram or Twitter, OOMF is used to discuss or bring up a point someone said to the owner of a social media account while keeping said person anonymous.

While OOMF has seen some usage before in the early 2000s, as seen in Other Meanings, it wasn’t until the rise of social media platforms like Twitter that this slang word saw the greatest usage. Many social media celebrities will use OOMF as a way to save the anonymity of their users and in turn the word is used in a similar way like “acquaintance”. Expressing that you know of someone but don’t know much about them outside of their existence or they once spoke to you.

As an acronym OOMF’s first real usage was for “One Of My Friends”. This usage never caught on, however, although did see some usage during the early 2000s. OOMF can also be used as an onomatopoeia, typically used as a sound when observing someone or something that is either cute or attractive. Finally, OOMF can stand for “One Obnoxious Mother F*****”.

“Hey guys! OOMF just told me that there has been smack talk against some of my fans. Remember guys, don’t be a bully. Respect everyone. #RespectLife #NoToBullying #SocialMediaLife”

Other Ways to Say “OOMF”

OOMF can be spelled both with all lowercase or capital letters. No other variants exist. 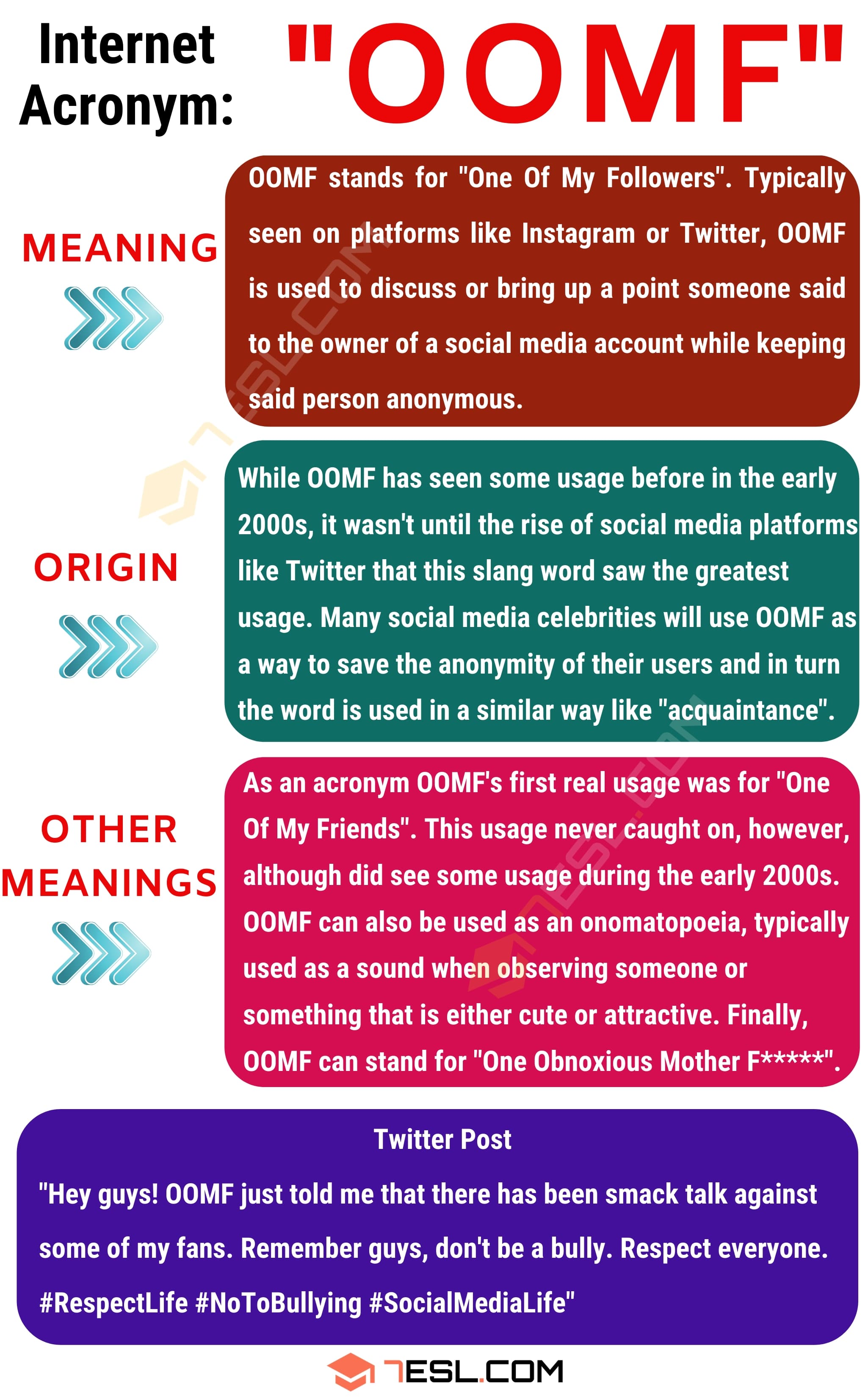