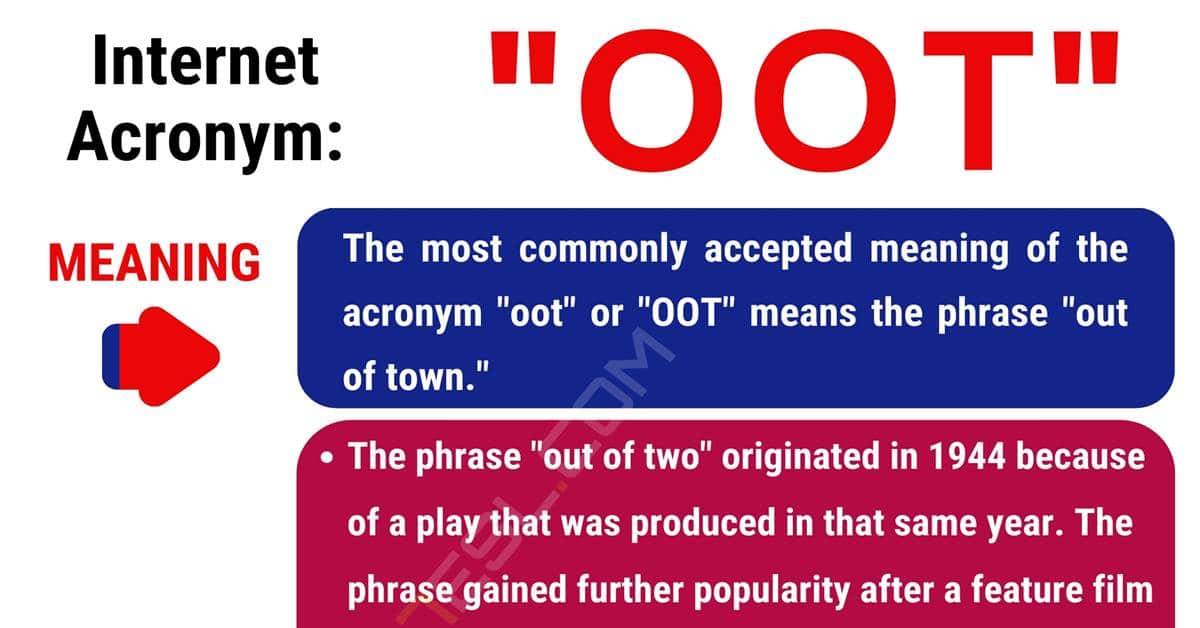 The acronym “oot” is a popularly used phrase in all means of electronic communication. In the information below, you will find the commonly accepted meaning of this acronym and other possible meanings it may have if any. You will also find information about the origin of this acronym, examples of how to use it properly in text messages or online chatting, and alternative ways you can say the acronym to convey the same meaning.

What Does OOT Mean?

The most commonly accepted meaning of the acronym “oot” or “OOT” means the phrase “out of town.”

The phrase “out of two” originated in 1944 because of a play that was produced in that same year. The phrase gained further popularity after a feature film was released based on the same play in 1949. Since this time, this phrase has been used in everyday conversation and speech to mean that someone is leaving town on vacation or for some other type of reason. With the popularity of text messaging and online chatting, many phrases that have been used for years were shortened to acronyms to save time typing messages out.

There are many other possible meanings of this acronym. The official meaning of the word, not the acronym, according to the Miriam Webster Dictionary is the Scottish variant of saying the word “out.” The Urban Dictionary shows several other meanings of this term as an acronym and as a stand-alone word. As a word, it can mean a way to describe someone or something in a negative way or as an exclamation when recalling an awful experience. As an acronym, contributing users say it can also mean Ocriana of Time, referring to the Legend of Zelda game.

Other Ways to Say “OOT”

There are many alternatives ways to say “oot” and still convey the same message. Some of these alternatives include: 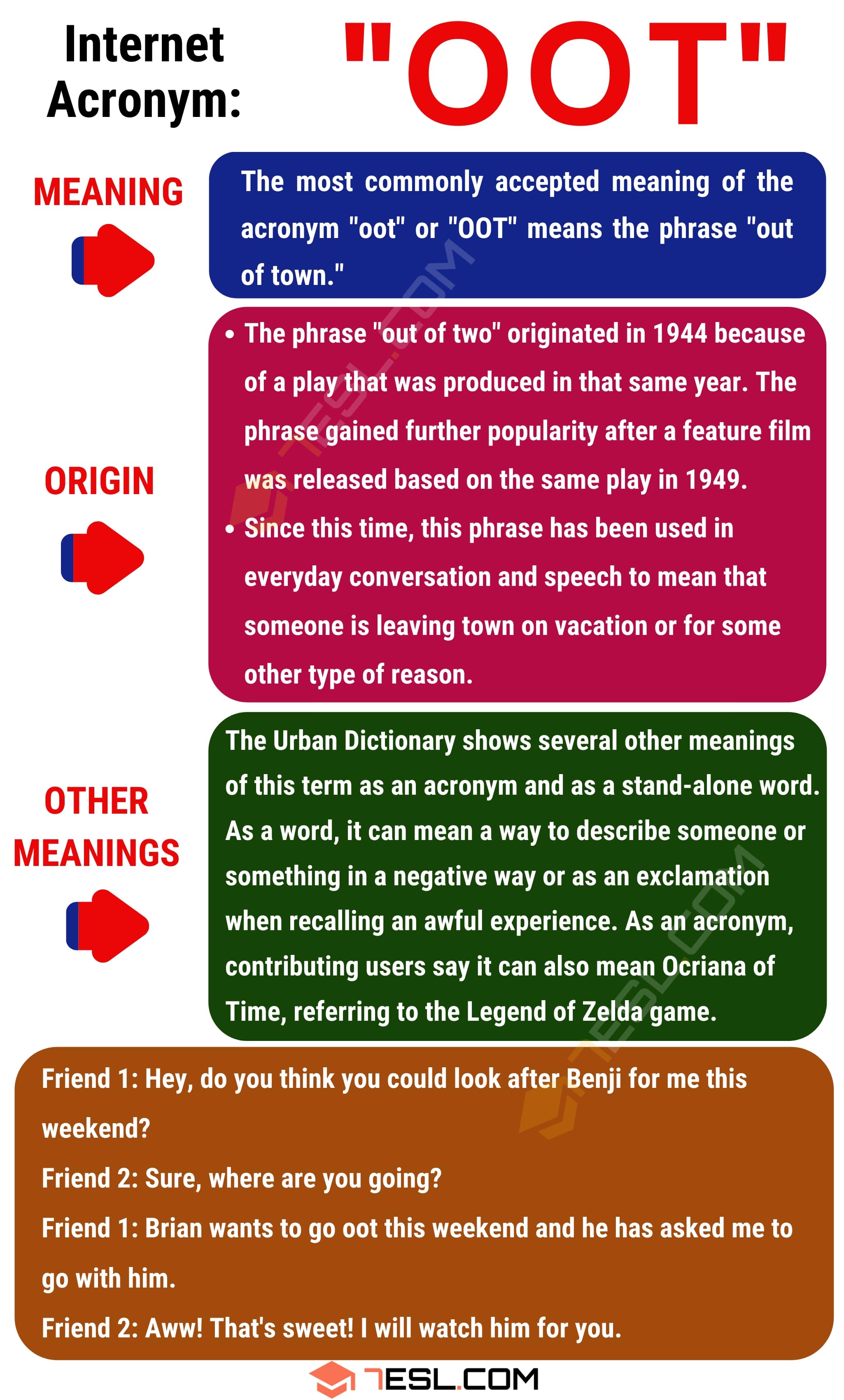