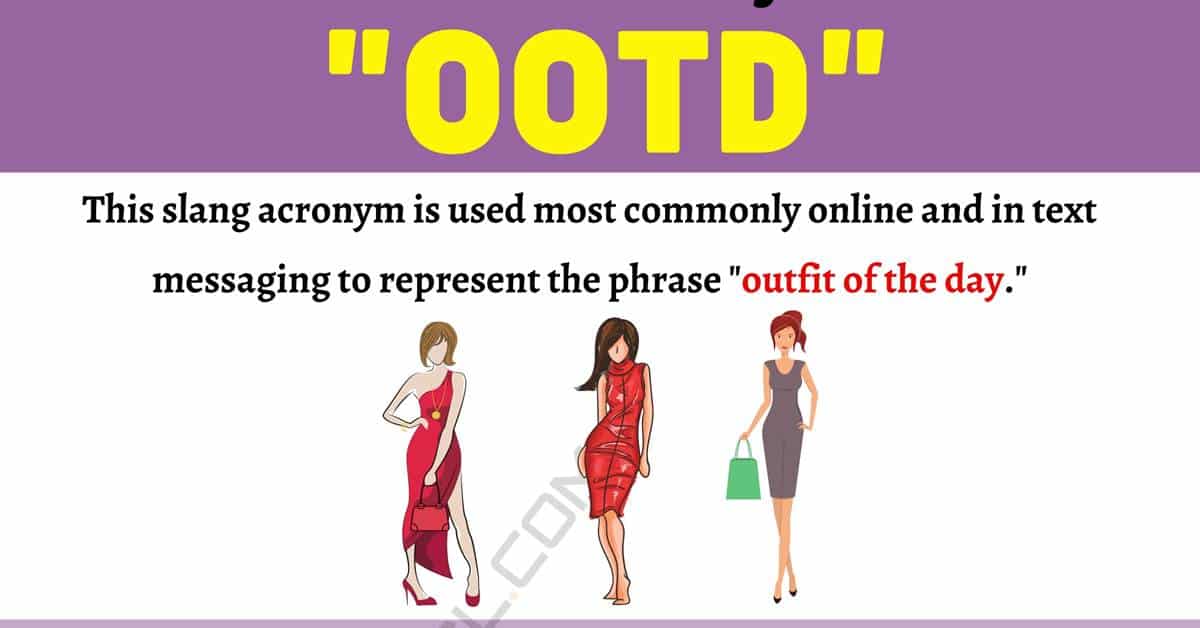 The slang acronym “OOTD” is one you may see used frequently if you spend a great deal of time on sites where people post a lot of pictures. If you have come across this acronym and were wondering what it could possibly represent, then you have come to the right spot. Here you will find the phrase that it most likely represents, information about its origin, and some other meanings it could have in more specific situations. Some example conversations are given to you here as well so you can see how this phrase is used properly in context. Lastly, you will see some other phrases that you can use in place of the most commonly represented phrase while still conveying the same meaning.

This slang acronym is used most commonly online and in text messaging to represent the phrase “outfit of the day.” It is typically used by fashion bloggers to show their followers the clothes that they have chosen to wear for the day including accessories and makeup.

Although there are no specific details regarding when this acronym was first used to represent the phrase above, it can be said that it has been used since at least 2010. It can also be said that it is used on all different social media platforms including Instagram, YouTube, Pinterest, and Tumblr but there are no indications concerning what social media site or blog used the term first.

An online discussion between a blogger and one of their followers.

There are several other phrases that you could use to replace this phrase in a conversation without changing the meaning behind the message you are trying to convey by using this phrase. Some other things you could say instead include: 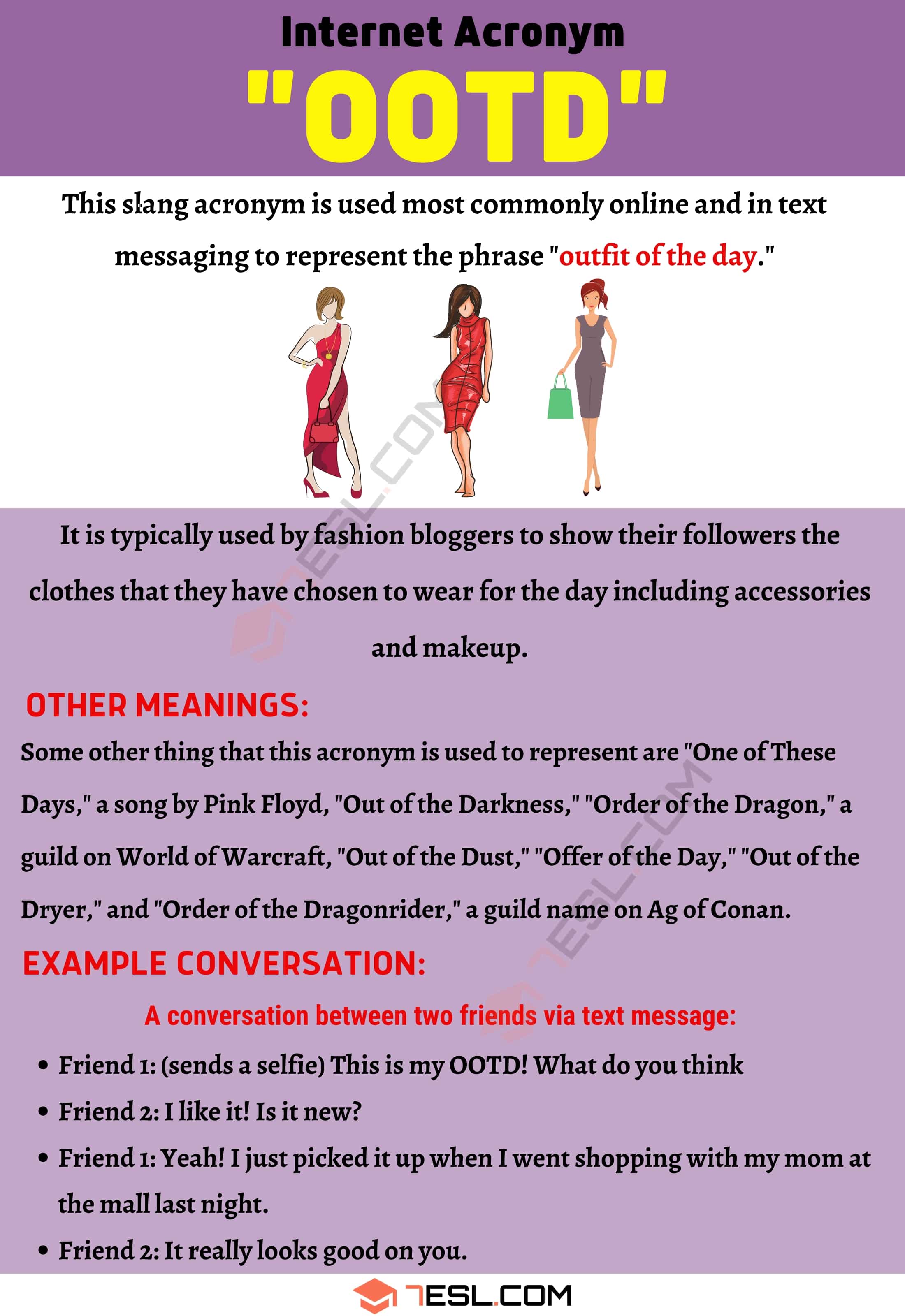