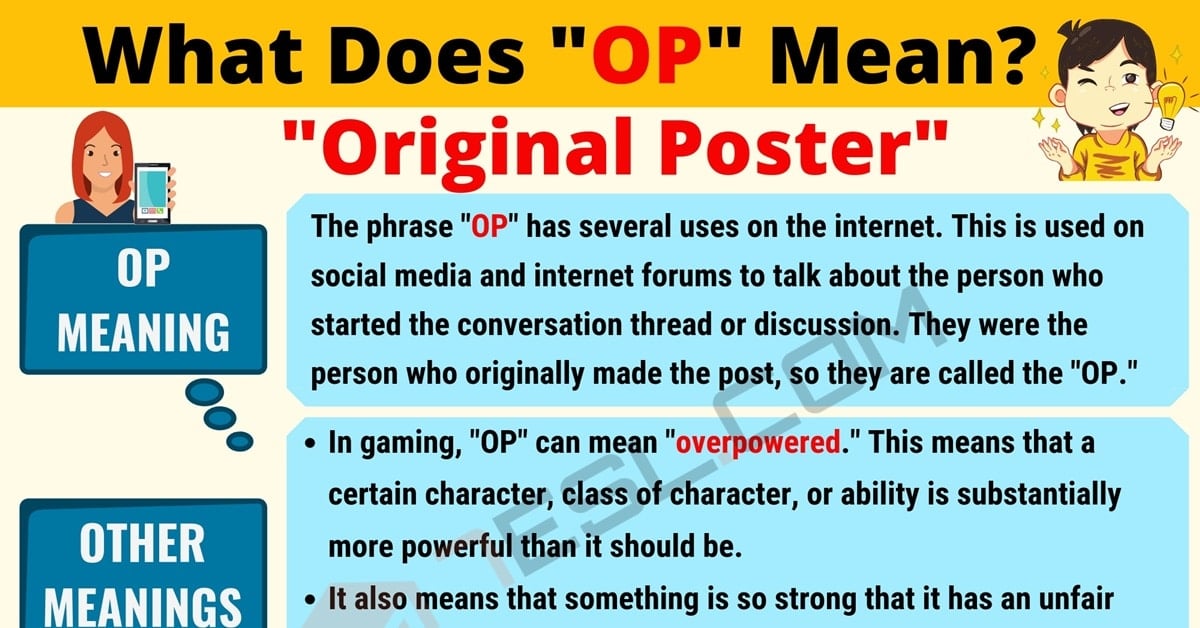 What does OP mean? What does this text abbreviation stand for? Learn the definition and when to use this internet slang word with ESL infographic and useful conversation examples in English.

What Does OP Mean?

The most general use of “OP” is “original poster.”

This phrase has several uses on the internet. This is used on social media and internet forums to talk about the person who started the conversation thread or discussion. They were the person who originally made the post, so they are called the “OP.”

“OP” is said to have originated on Usenet in the 1970s. It was used as a way to refer to the person who originally started the conversation.

Here are some examples in use:

This example shows this online slang term being used in social media. Comment 2 was a negative post about the status of the “OP” or “original poster.” Comment 3 comes to his defense by trying to get the person who made comment 2 to back off.

Besides “original poster,” there are a few other meanings for this acronym. Especially in gaming, “OP” can mean “overpowered.” This means that a certain character, class of character, or ability is substantially more powerful than it should be. It also means that something is so strong that it has an unfair advantage. Another use in games can mean “operations.” This is commonly used in military games.

In order to guess the intended meaning, we must look at the context of its use. 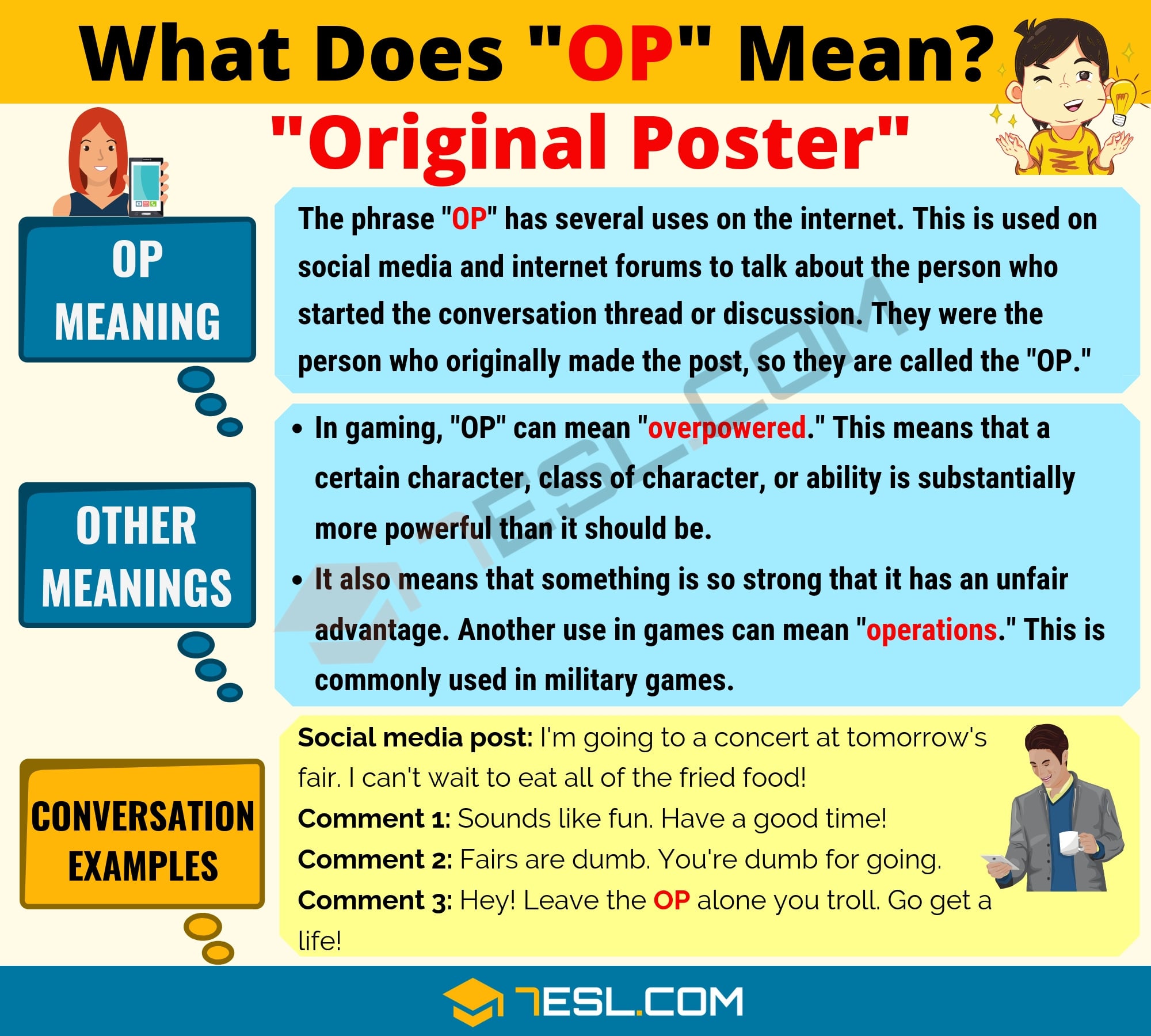 What is Opp meaning in texting?

Thanks for this information