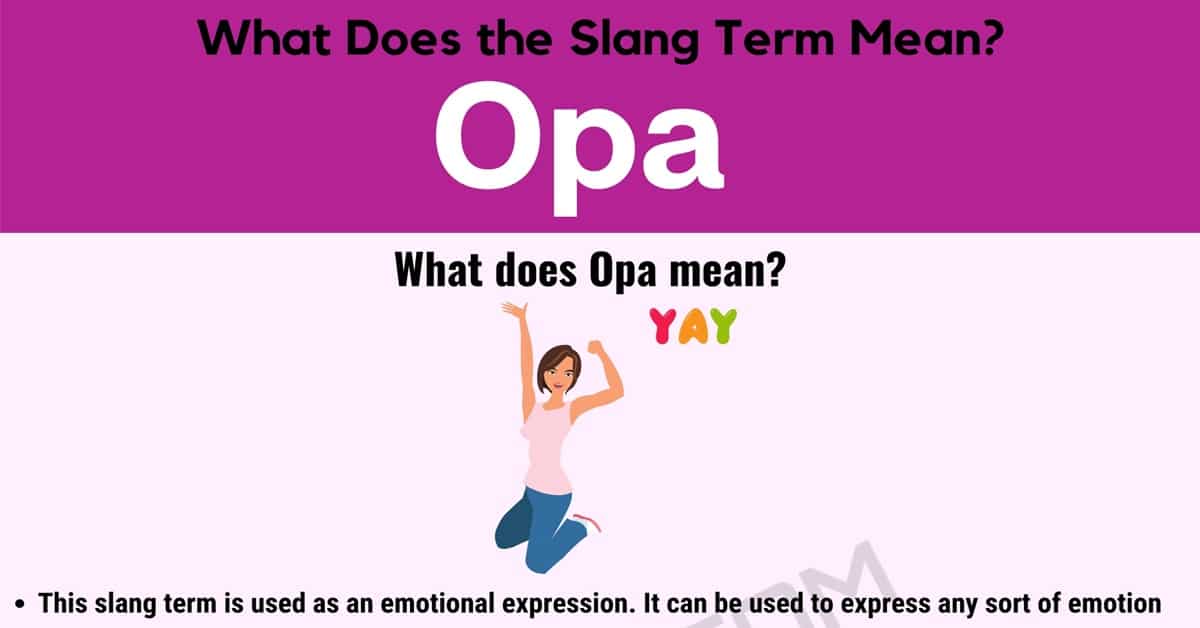 The slang term “opa” can be a bit tricky to figure out because it can represent so many different things in the same category or genre. If you can here looking for an explanation for the meaning of this term, then you have come to the right place. Here you will find the meaning of this term and more, including details about its origin and some other meanings.

Conversation examples are also provided as well for your convenience so you can see how the term is used properly and to hopefully help you understand the term a little better. Finally, you will see some words that can be used to replace this term during a conversation that will convey the same meaning.

What Does Opa Mean?

This internet slang term originated in Greece, although the exact time period is unknown. It was first used to mean “oops” or “whoops” and was shouted in response to the breaking of plates in a restaurant to show approval for the band that was playing to entertain the guest. However, over many years of usage, it has evolved as a term to represent all sorts of expressions of emotion.

This slang standalone term can also be used as an acronym to represent more official and specific things like titles and names of job-related processes. While there is no room here to make this an exhaustive list, some of the things that can be represented by this term when it is used as an acronym are “Office of Public Affairs,” “Otherwise Protected Area,” “Online Pool Analyzer,” “Office of Population Affairs,” and “Online Privacy Alliance.”

Depending on the context that this term is being used in, there are many words that you can use to replace this term without changing the original meaning. Some of the words you could use instead include: