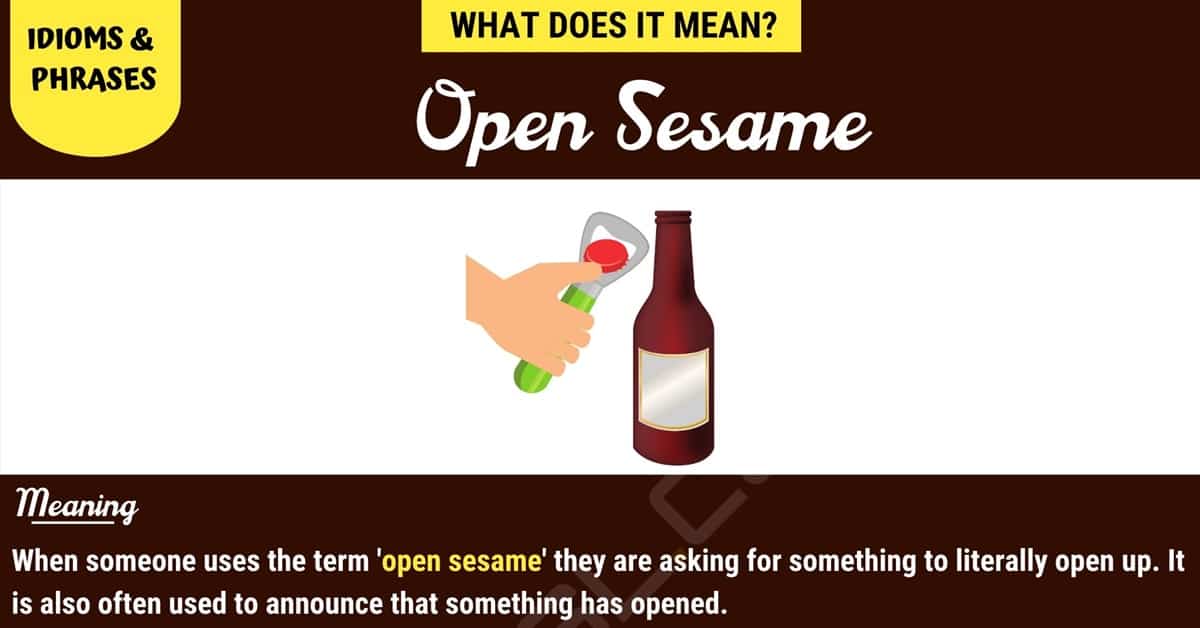 You may have heard someone using the term ‘open sesame’ in a conversation and wondered what the saying meant. We are going to look into the meaning of this phrase and how it can be used in a conversation. We will also look at a little of the history behind this term and where it originally came from.

When someone uses the idiom ‘open sesame’ they are asking for something to literally open up. It is also often used to announce that something has opened.

The term ‘open sesame’ first came from the fairytale of Ali Baba and the Forty Thieves. The phrase was a magical term used to open a cave full of treasure. Some say that it is a play on the words open says me.

This is a statement which is being made by a man at his front door.

Here is a statement being made by a child.

If you are curious to understand how the term ‘open sesame’ is used in a conversation, here are some examples to demonstrate what it might sound like.

The first conversation is happening between two friends in the car.

This next conversation is taking place between two people working in a shop.

There are other ways in which you can express the meaning behind the term ‘open sesame.’

What Does “Open Sesame” Mean? | Image 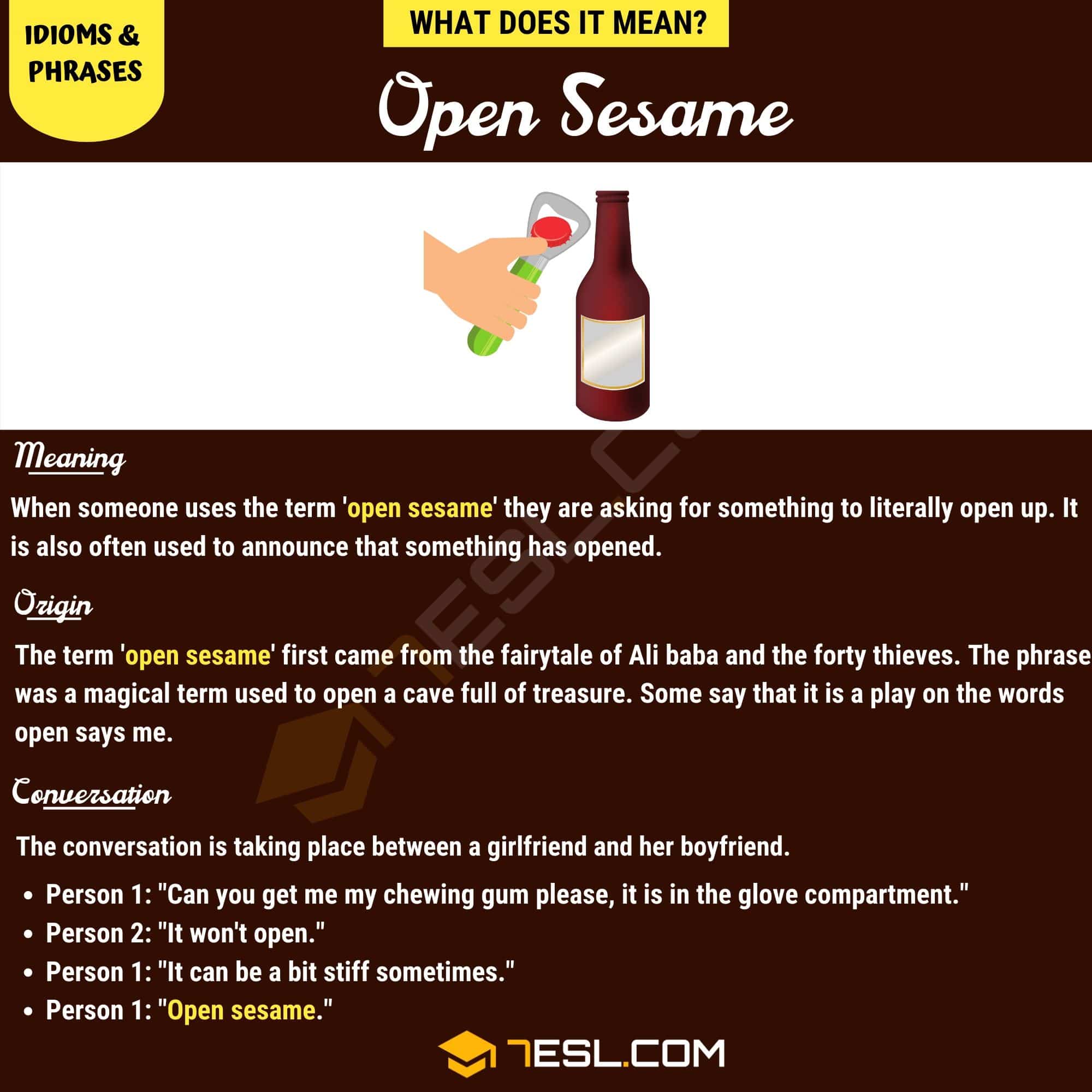