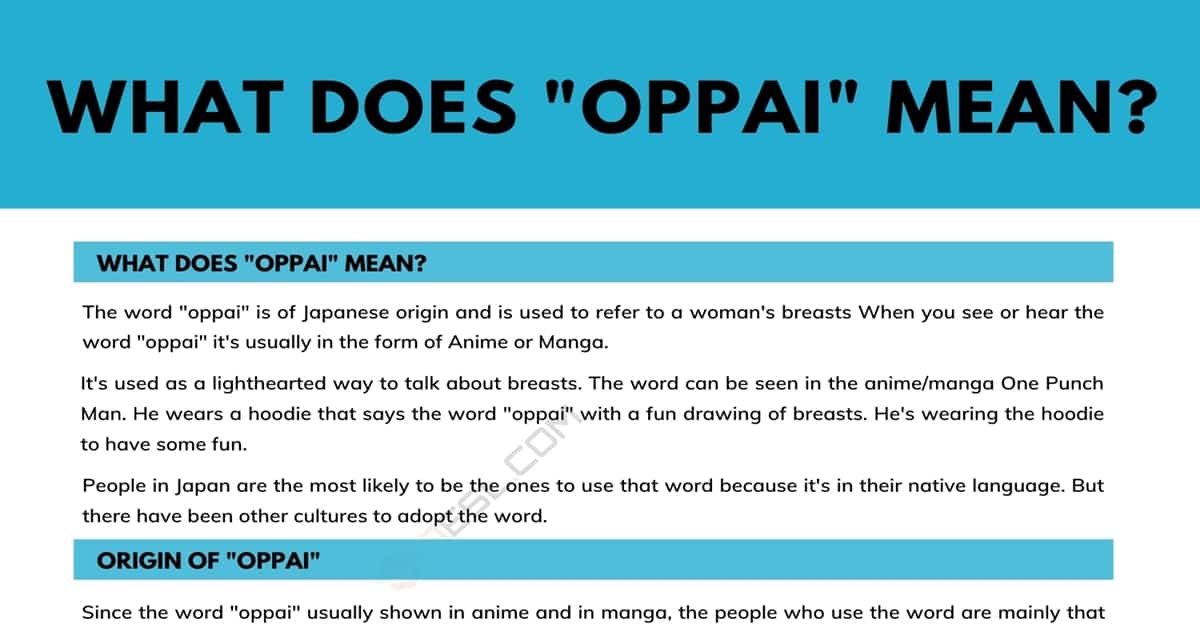 “Oppai” is one of the words that is fun to say because it rolls off the tongue. But do you know what the slang term actually means?

What Does “Oppai” Mean?

The word “oppai” is of Japanese origin and is used to refer to a woman’s breasts.

When you see or hear the word “oppai” it’s usually in the form of Anime or Manga. It’s used as a lighthearted way to talk about breasts. The word can be seen in the anime/manga One Punch Man. He wears a hoodie that says the word “oppai” with a fun drawing of breasts. He’s wearing the hoodie to have some fun.

People in Japan are the most likely to be the ones to use that word because it’s in their native language. But there have been other cultures to adopt the word.

Since the word “oppai” usually shown in anime and in manga, the people who use the word are mainly that demographic. It would only make sense to use the phrase in an informal conversation because if you didn’t watch anime there’s a good chance you would be out of the loop.

An example of someone using the word “oppai” can be between two anime watchers and can go like this.

Then they high five each other and go about the rest of their day. Oppai is used in informal ways when two friends talk to each other. Saying “oppai” at a formal setting at work, next to family, etc would be awkward.

This may be fine in English-speaking cultures because in Japan it’s a more crude slang to say. If the word is used in Japan it’s said between two female friends that aren’t in any formal setting. It would be fun between two friends but that’s as far as it goes when using that word in Japan.

In English, there are multiple other words that can be replaced instead of the word “oppai”. Here’s a list to name a few bust, bosom, knockers, melons, chest, hooters, pair, boobs and the list could go on for a long time but a google search can give you the whole list.

The word “oppai” is a fun word but be careful when to use it. Only use the word around your friends who know what the word means because people think your weird if you use it around people who don’t watch anime or read the manga. But be careful saying this word around Japanese people specifically women because you might insult them because the word Is a bad word to use.

Words can have a big effect on people so be careful when and where you use them. The word “oppai” is meant can mean no harm to people who use the word correctly. But saying this to the wrong person at the wrong time can be a bad idea because it might offend them. Uses in a lighthearted anime or manga is the only place that can use that term in Japan. 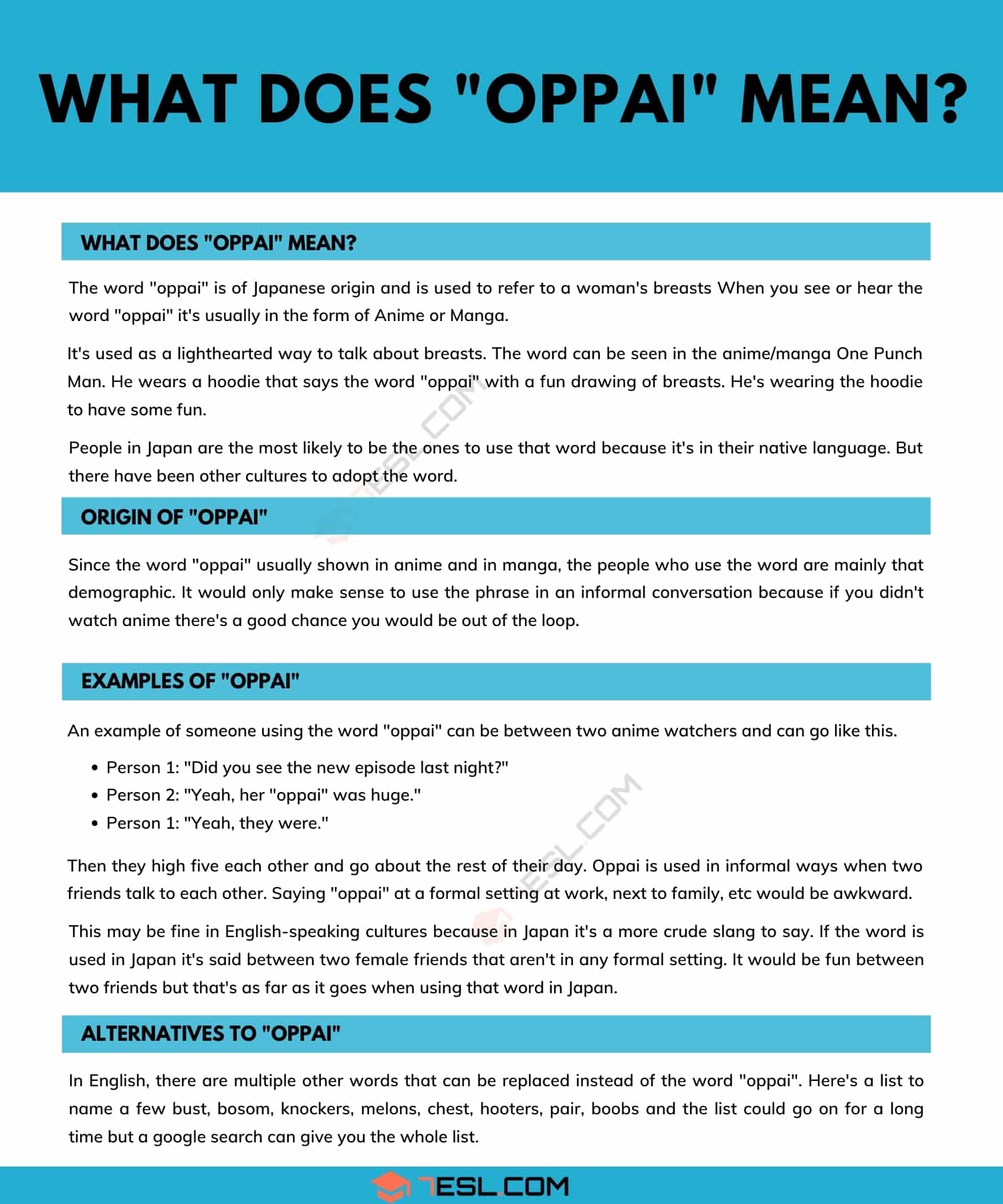