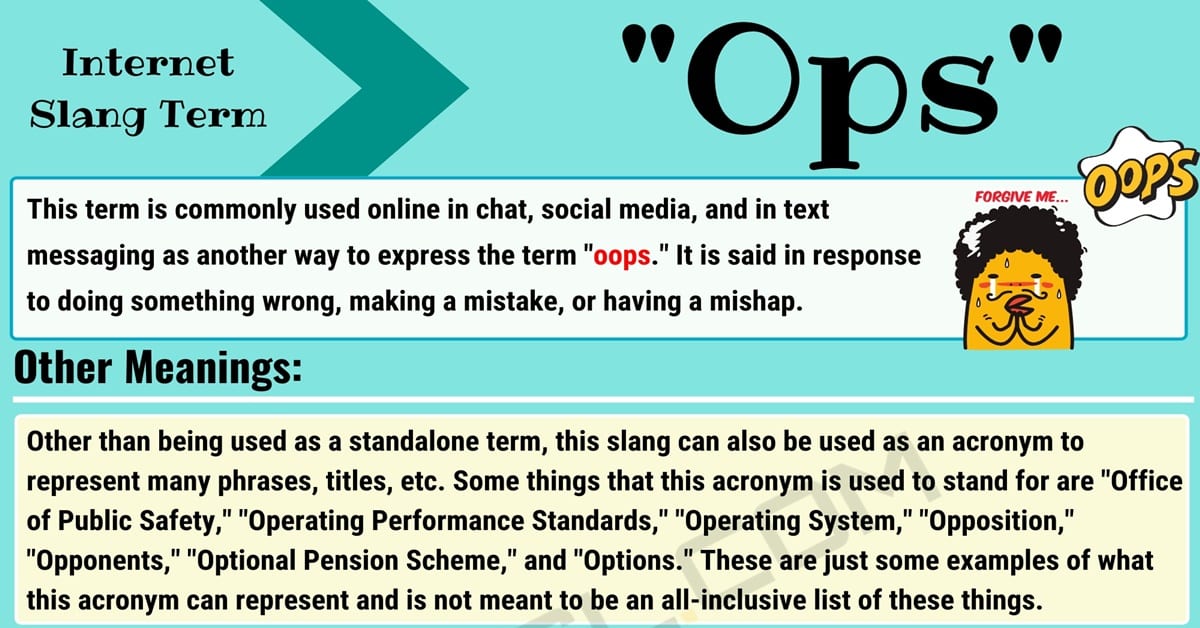 The slang term “ops” is most often used as a standalone term even though it can be used as an acronym as well. This informative article will focus on providing you with the most common meaning and information about its origin. It will also give you information regarding other meanings, including what this term represents when it is used as an acronym.

Conversation examples are provided as well so you can see how this standalone term is used properly in a conversation and to help you better understand its meaning. Finally, you will see some other words and phrases that you can use as a substitution for this term that will still allow you to convey the same meaning.

What Does Ops Mean?

This term is commonly used online in chat, social media, and in text messaging as another way to express the term “oops.” It is said in response to doing something wrong, making a mistake, or having a mishap.

There is no specific origin information available regarding this slang term. However, this term is often considered a typo of the term “oops” which has been used as a common response in all the situations mentioned above in the meaning for hundreds of years.

Other than being used as a standalone term, this slang can also be used as an acronym to represent many phrases, titles, etc. Some things that this acronym is used to stand for are “Office of Public Safety,” “Operating Performance Standards,” “Operating System,” “Opposition,” “Opponents,” “Optional Pension Scheme,” and “Options.” These are just some examples of what this acronym can represent and is not meant to be an all-inclusive list of these things.

A conversation between father and son via text message.

There are some words and phrases that you could use in place of this term that share the same or similar meaning. Some other things you could say instead include: 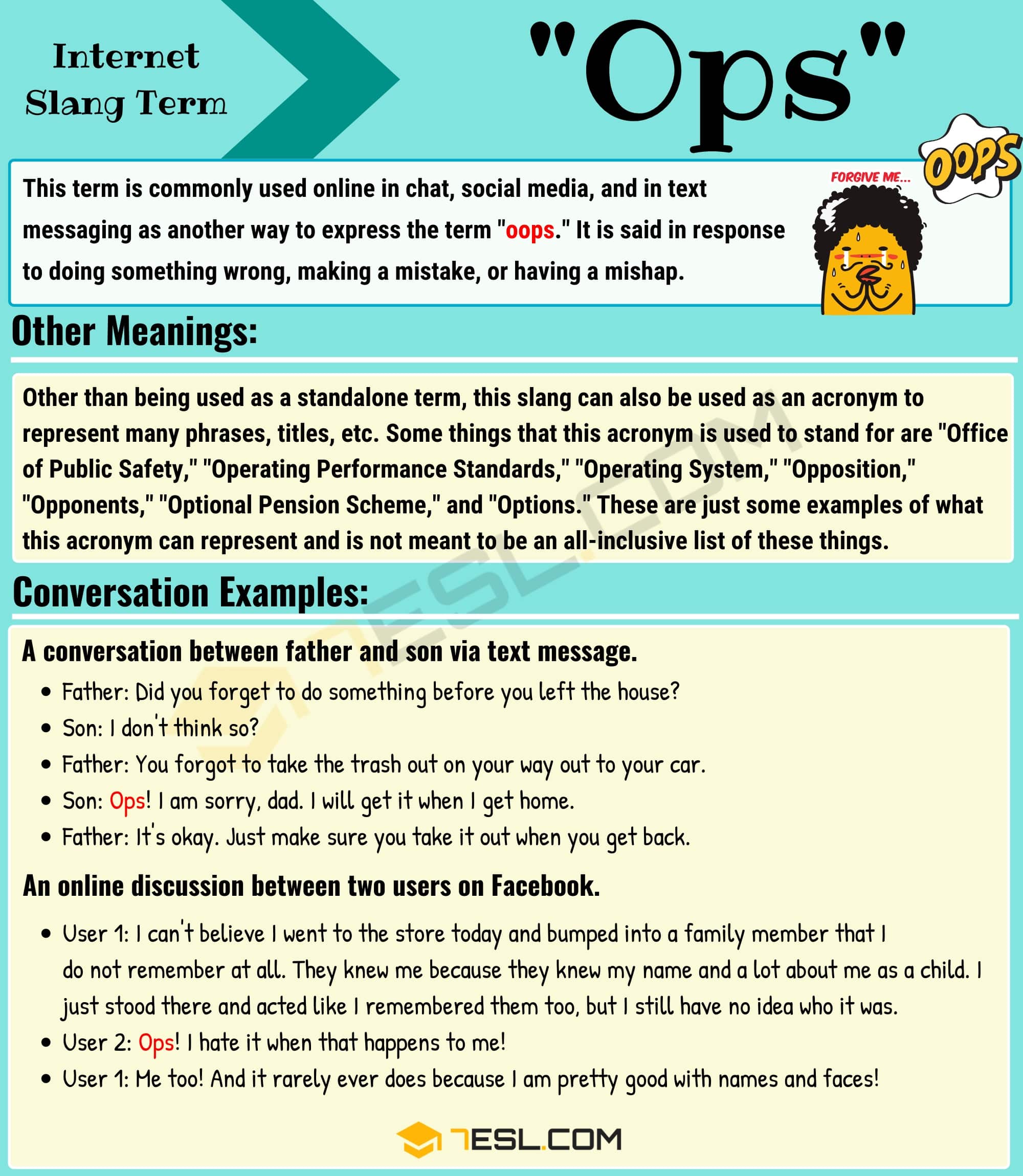