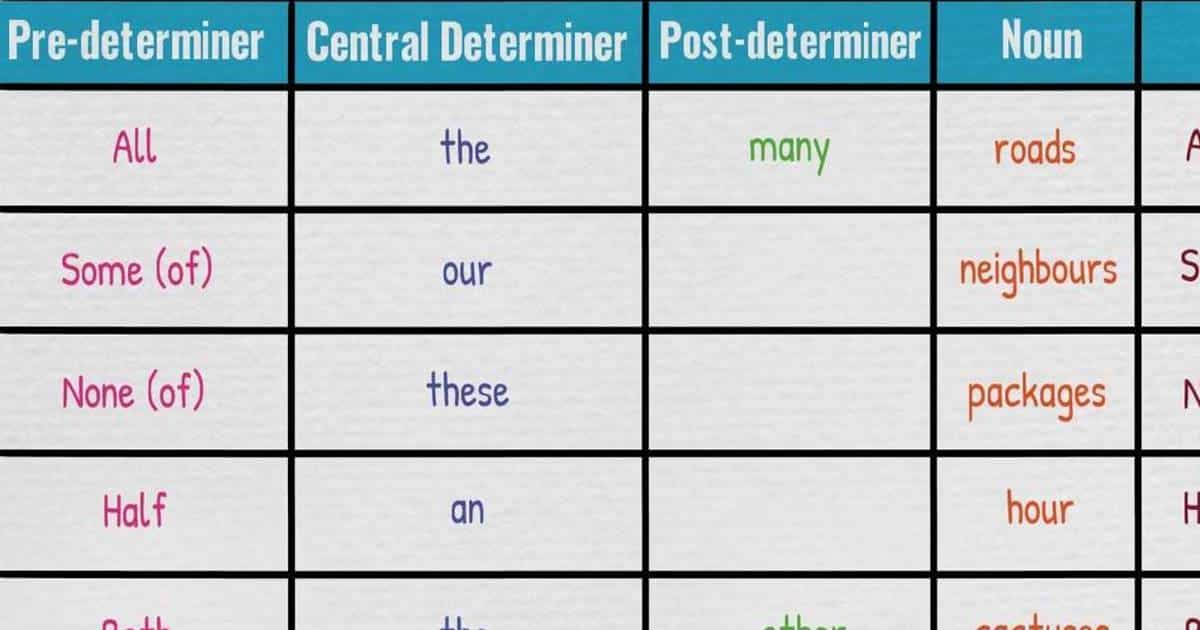 Learn how to put determiners in the correct order – order of determiners.

In many contexts the presence of some determiner is required in order to form a complete noun phrase. However, in some cases complete noun phrases are formed without any determiner, as in the sentence Apples are fruit. Determiners can also be used in certain combinations, as in my many friends or all the chairs.

Order of Determiners in Noun Phrases

Determiners can be used in certain combinations as follows:

Examples: The many problems, these three things, my very few faults.

Examples: all the green apples, both the boys.

Examples: half a minute, double the risk, twice my age, three times my salary, three-quarters the diameter, etc.

Examples: many a night, many an awkward moment.

Examples: each two seats, every five grams of flour.

Examples: three of the mice, few of my enemies, none of these pictures.

An alternative construction with possessives is to place of and the pronoun form of the possessive after the noun: few enemies of mine, much information of John’s.

Examples: his and her children, two or three beans. 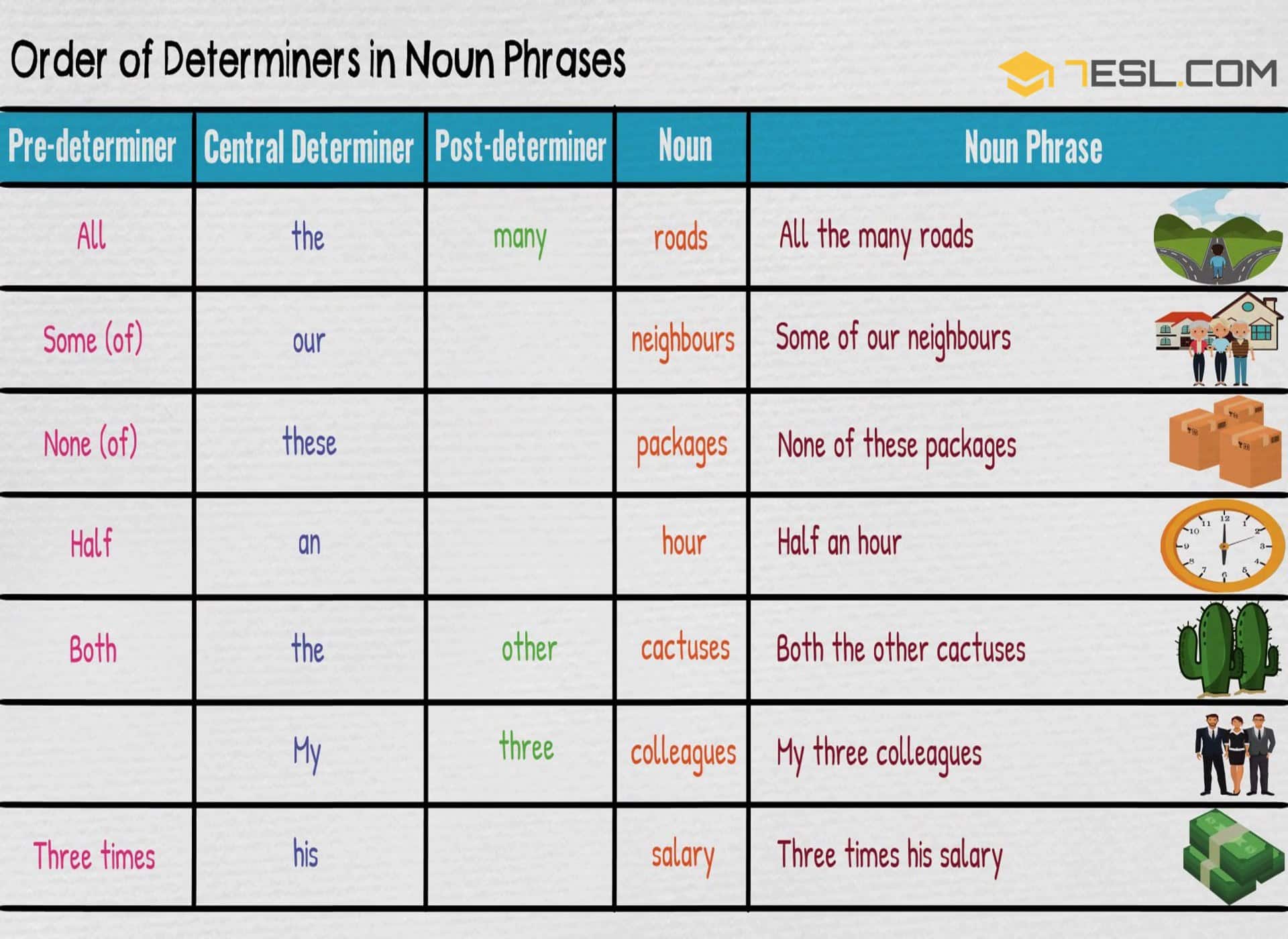