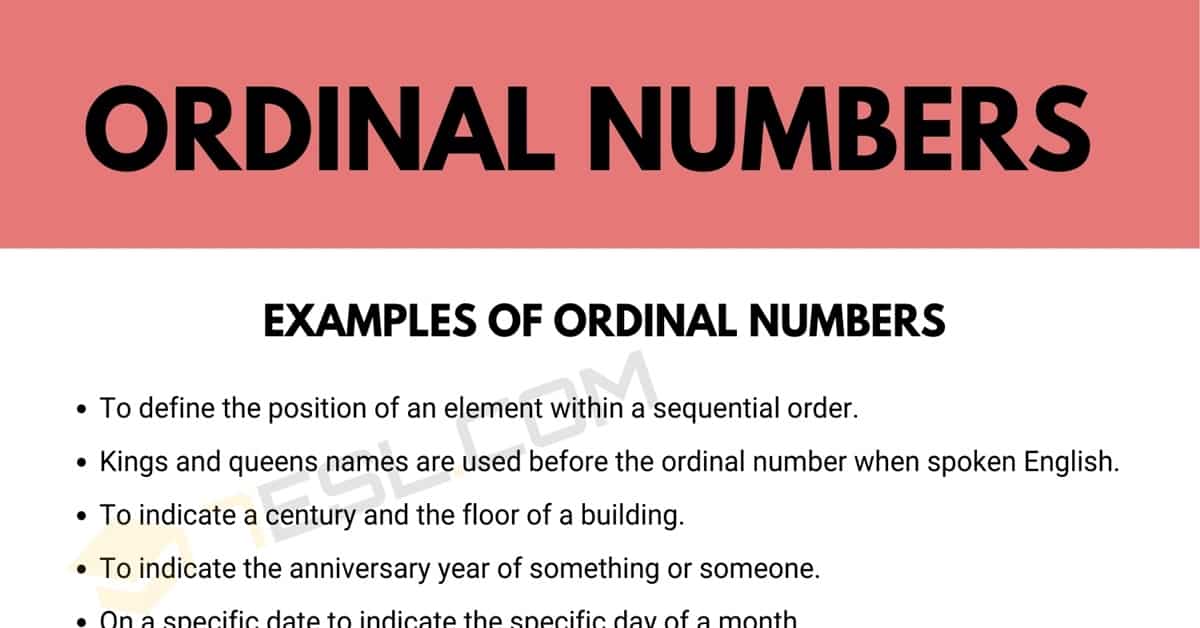 Did you know there are different types of numbers? Numbers are used to counting and order things. Depending on how they are used, they are known in different ways.

Taking about ordinal numbers, they are those that indicate the position that the elements occupy within an ordered series: first, second, third, etc. These numbers can be expressed in writing or in abbreviated form.

The abbreviation of ordinal numbers is formed with the number in cipher followed by the last two letters of the whole word. The tens, thousands, and the million are joined with a dash.

To define the position of an element within a sequential order.

To indicate a century and the floor of a building.

To indicate the anniversary year of something or someone.

The first three numbers have the endings -st, -nd, and -rd. The other numbers take the ending -th. Keep in mind that the tents ending in zero adopt the ending -ieth and the numbers that contain the unit 1, 2, 3 will retain the ending first, second, and third respectively.

Therefore, ordinal numbers do not quantify the noun, like the cardinals, but rather identify and individualize it within an ordered set of elements of the same class.

Some examples of the use of cardinal numbers in English:

To say your age

In the case of ordinary numbers, they are used for dates, orders, names of kings and queens, anniversaries, and floors. 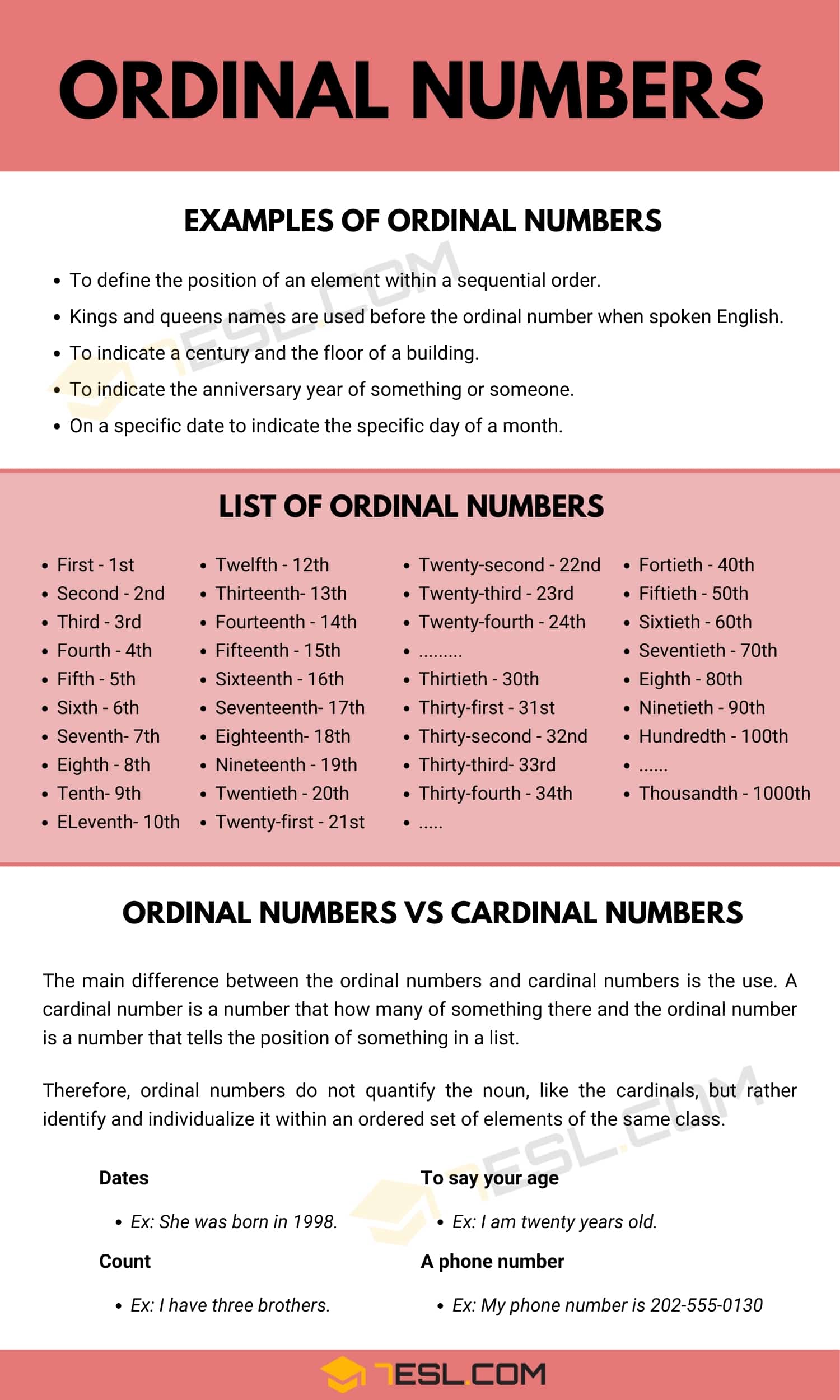