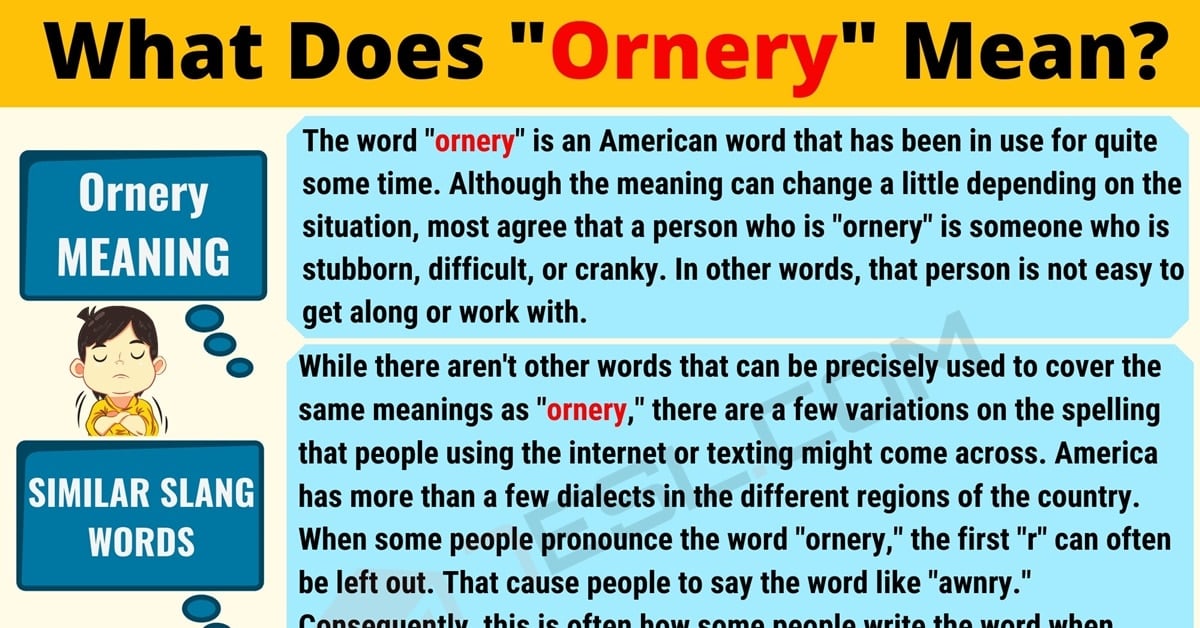 What does Ornery mean? What is the definition of this slang word? Learn how and when to use this internet term with ESL infographic and useful conversation examples in English.

What Does Ornery Mean?

The word “ornery” is an American word that has been in use for quite some time. Although the meaning can change a little depending on the situation, most agree that a person who is “ornery” is someone who is stubborn, difficult, or cranky. In other words, that person is not easy to get along or work with.

While there aren’t other words that can be precisely used to cover the same meanings as “ornery,” there are a few variations on the spelling that people using the internet or texting might come across. America has more than a few dialects in the different regions of the country. When some people pronounce the word “ornery,” the first “r” can often be left out. That cause people to say the word like “awnry.” Consequently, this is often how some people write the word when communicating via text or messager.

Another meaning for the word is not as negative as the first one. It could be used to refer to someone, usually a young child or an older person, who is somewhat mischevious or does things people don’t like. The big distinction comes from the intent behind the person who uses this word. In this second meaning, the person is saying that the actions of someone may be mischevious and bothersome, but the person doing those actions is still good.

The origin of this word is said to have come from a mispronunciation of the word “ordinary” in 1800s America. It also carried the same meaning as “ordinary” to describe things that were common-place and not particularly remarkable. The meaning has changed over time to its current one.

This word can be used by anyone in a variety of settings. However, it should only be used with people who you have a familiar relationship with. Calling someone “ornery” in the workplace is not the most offensive thing you can say to someone, but it will surely leave them scratching their head.

This example shows a conversation between two female friends. Friend 1 visited their mutual friend, Linda. Friend 2 asks about how Linda’s dad is doing. Friend 1 replied that he was “ornery.” This means that while the comments from Linda’s father may be annoying, she still likes him.

In this example, we have two co-workers that are talking over a messaging service. Co-worker 2 states that he may not be able to attend the after-work event because he has an “ornery” customer. 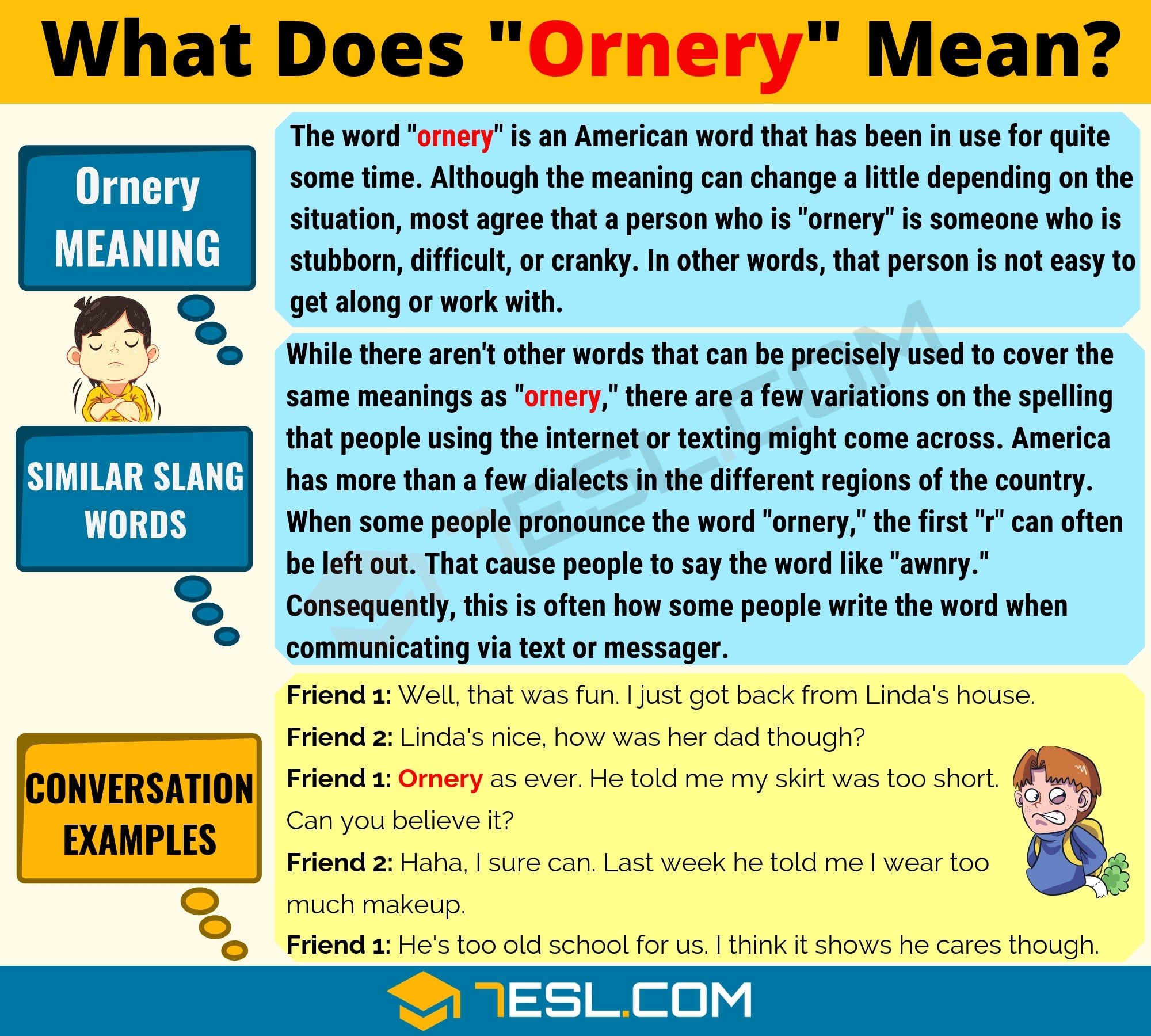