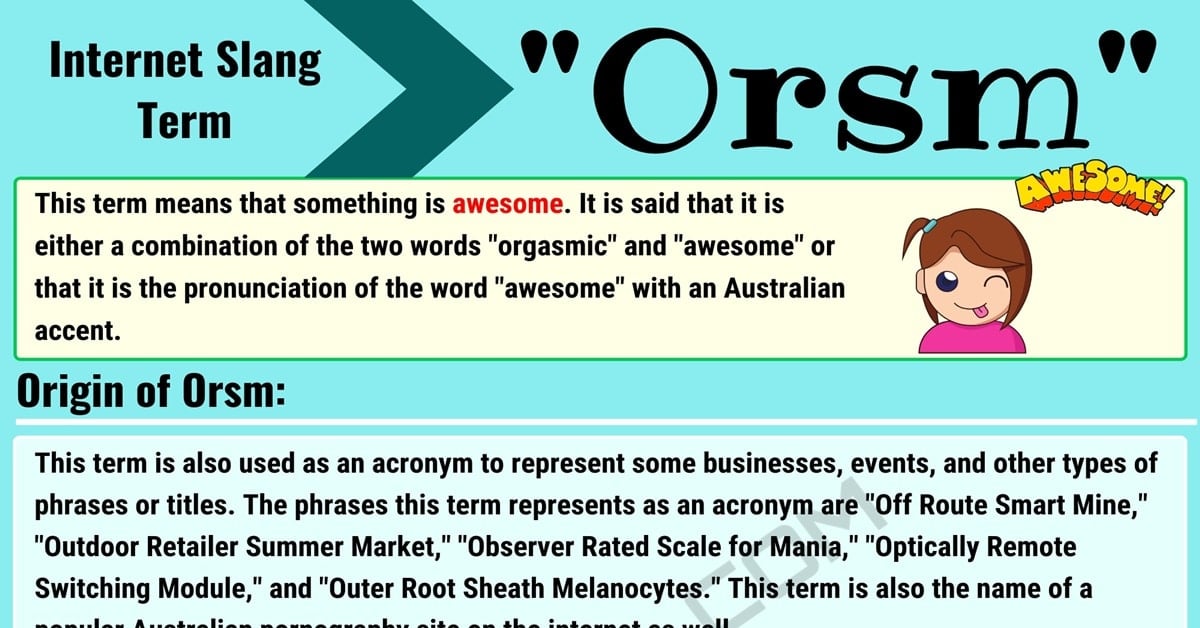 The term “orsm” is a form of slang used on the internet and in text messages as a new way to say a word that is used a lot in the English language. If you have seen or heard this phrase being used and were unable to determine its meaning from its context, then it is a good thing you came here. On this page, you will find the meaning of this term, information about its origin, and some alternative meanings of the word.

You will also see some example conversations to help you understand its meaning further by seeing it used in context. Finally, the article will conclude with some suggestions of words or phrases that you can use in place of the term that this slang word represents.

This term means that something is awesome. It is said that it is either a portmanteau of the two words “orgasmic” and “awesome” or that it is the pronunciation of the word “awesome” with an Australian accent.

The information available suggests that this term originated on a forum thread of some type. However, the specific forum and time are not mentioned.

This term is also used as an acronym to represent some businesses, events, and other types of phrases or titles. The phrases this term represents as an acronym are “Off Route Smart Mine,” “Outdoor Retailer Summer Market,” “Observer Rated Scale for Mania,” “Optically Remote Switching Module,” and “Outer Root Sheath Melanocytes.” This term is also the name of a popular Australian pornography site on the internet as well. 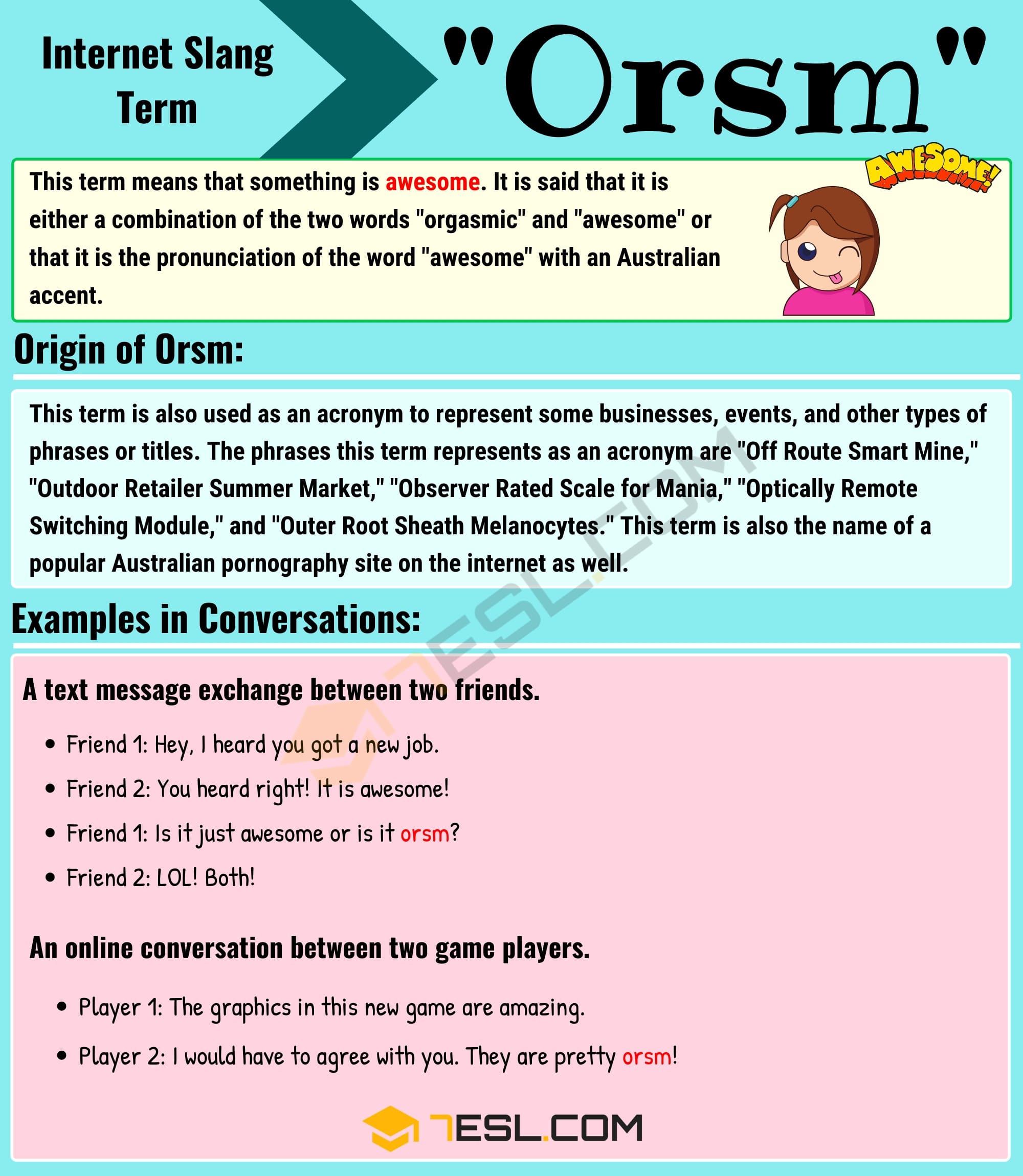