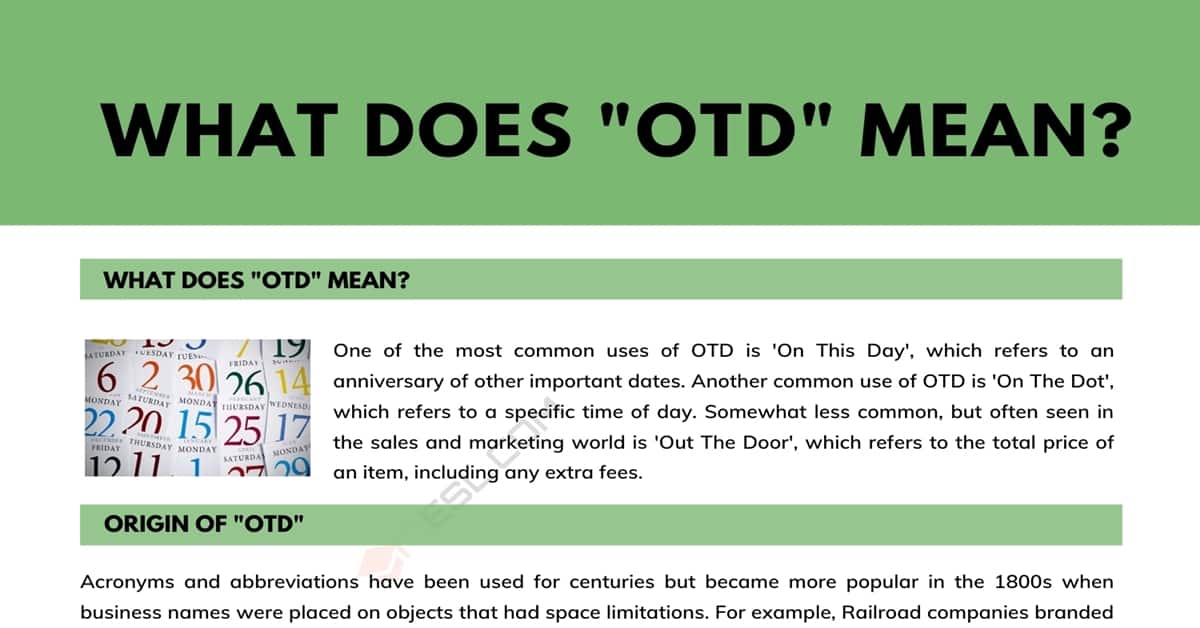 Abbreviations used in cybertext can be unclear; there are only 26 letters to choose from and some combinations can have more than one meaning. To be certain on the meaning of OTD, you must consider the context of how it is used.

What Does “OTD” Mean?

Acronyms and abbreviations have been used for centuries but became more popular in the 1800s when business names were placed on objects that had space limitations. For example, Railroad companies branded their railroad cars, but the names were so long, they used abbreviations like D&H (Delaware and Hudson) and R F & P (Richmond, Fredericksburg and Potomac). Newspaper stock listings abbreviated lengthy business names like AT&T (American Telephone and Telegraph).

Today, electronic messaging has made the use of acronyms and abbreviations part of everyday life for adults, teens, and even children who use personal electronic devices. They are used for both personal and professional communications. While children may not use OTD yet, it won’t be long before they learn OTD and many other abbreviations.

A search of the internet reveals many uses and meanings for OTD. Below are just some examples of common uses and the related meaning:

*Numbers 1 and 2 are an obvious reference to OCD (Obsessive Compulsive Disorder), which is a medically diagnosed condition.

So, if you receive a communication that includes OTD, hopefully, the context of the message makes the intended meaning obvious. If not, you can make an assumption, ignore it or ask the author what they meant. 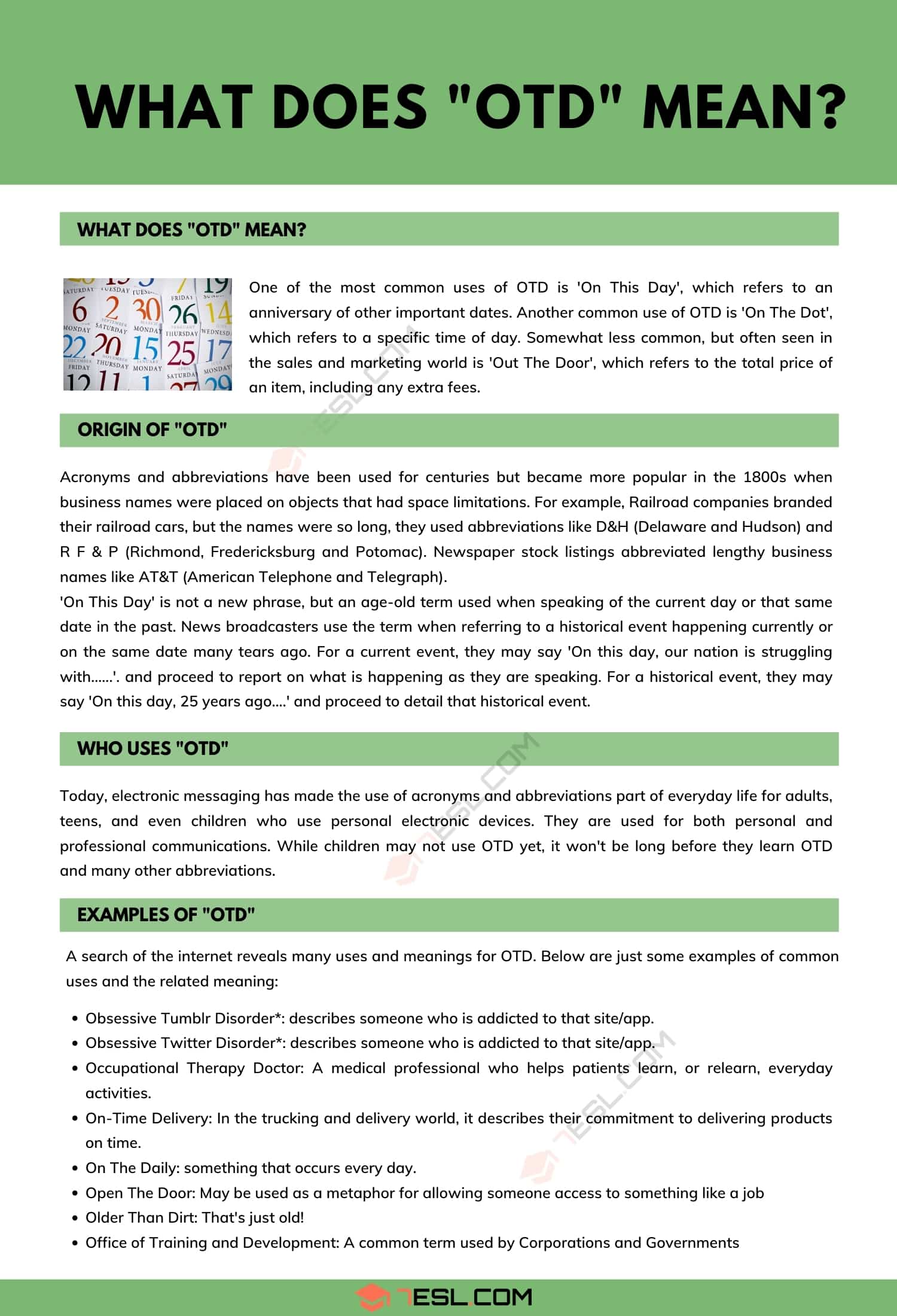