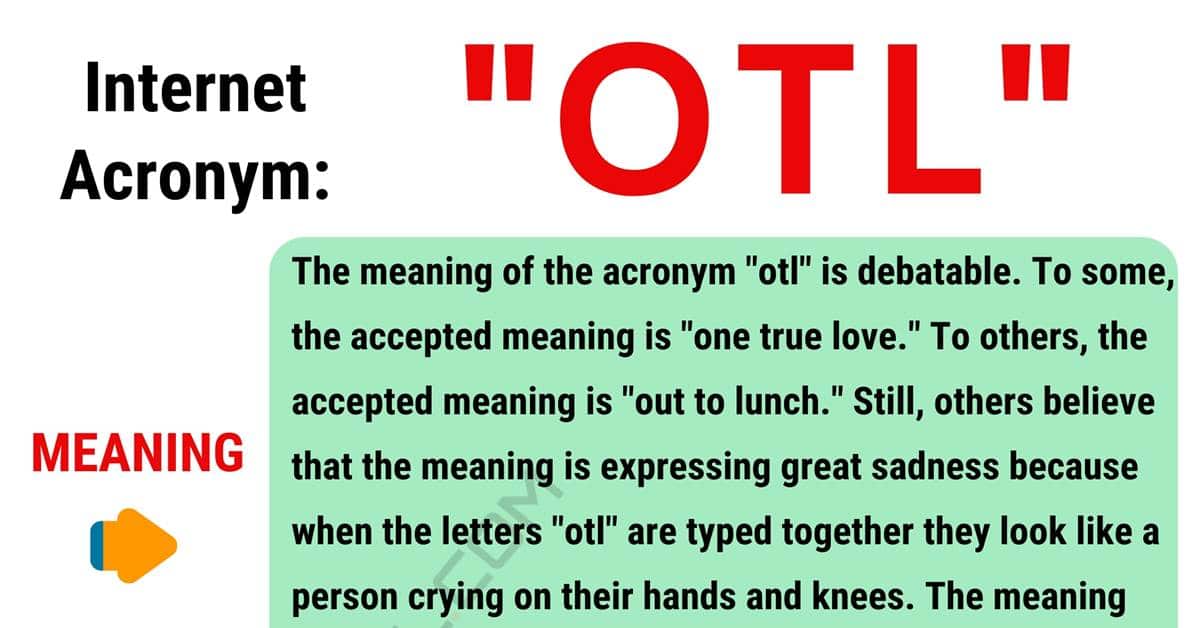 What does the acronym OTL stand for? Acronyms are used widely as part of electronic communications as a means of shorthand to reduce typing and conversation time. One of the acronyms widely used today is “otl.” In the article below, you will be provided with the definition of this term and available information regarding its origin. The article will also explore other possible meanings this acronym may have and will provide you with some conversation examples showing how to use this acronym properly in conversation. Finally, you will see some suggestions regarding other ways this acronym can be said that still communicate the same meaning.

What Does OTL Mean?

Although there is no specific information regarding the origin of the acronym “otl,” the first definition of it was provided in the Urban Dictionary online in 2004. This entry sites the acronym “otl” as a Korean emoticon for crying on your hands and knees. Since this time, the acronym has appeared to take on other meanings.

Other than the three most popular meanings already mentioned, the acronym “otl” can stand for other phrases as well. Some of the other phrases this acronym can stand for include “on the low,” “outside the lines,” “off the list,” and “only the lonely” just to name a few. Again, knowing the meaning implied by the context this acronym is used will be the key to deciphering the meaning within a conversation.

An online conversation between a boyfriend and girlfriend on Facebook.

Some of the other ways that you can say this acronym differently and still communicate the same meaning include: 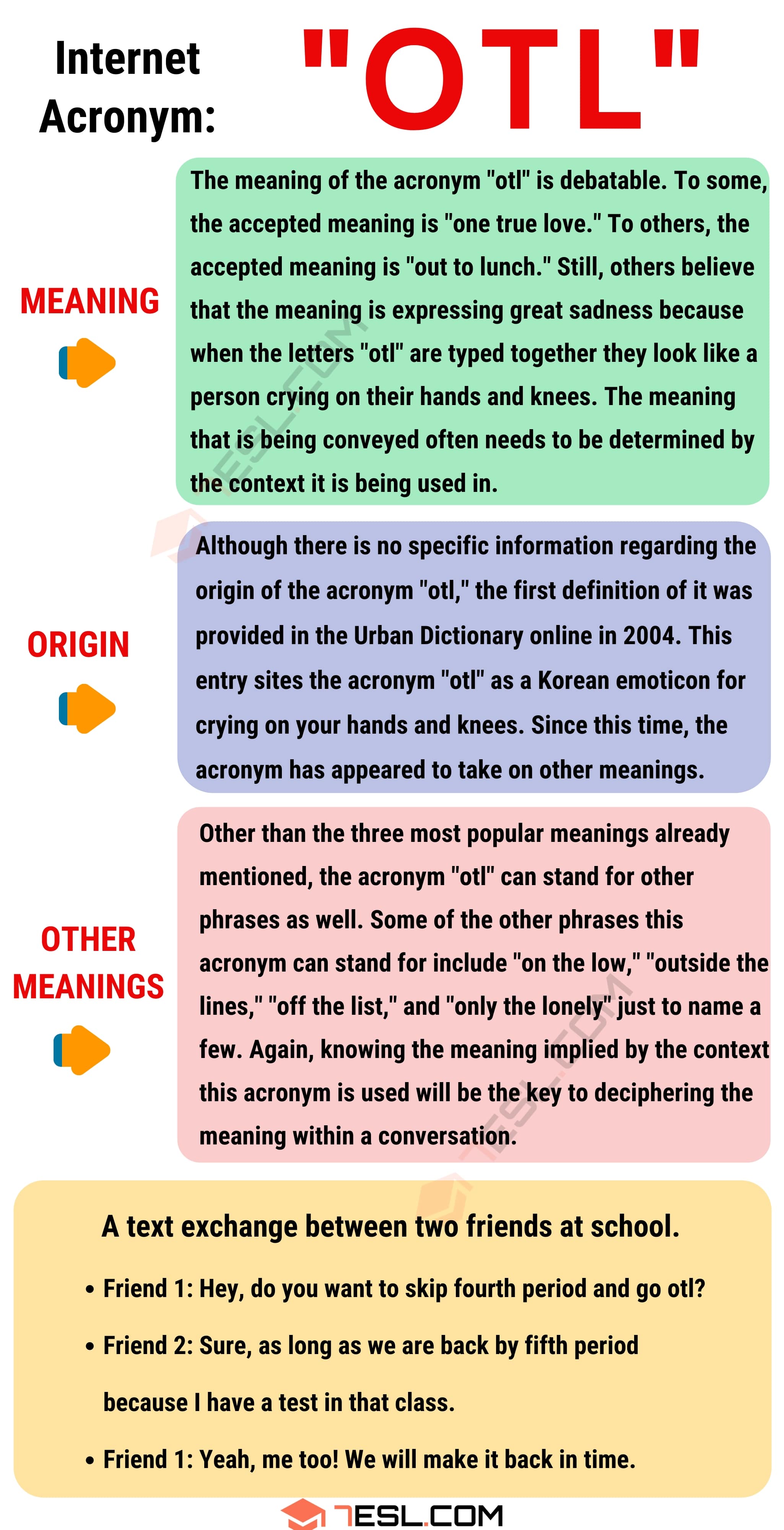