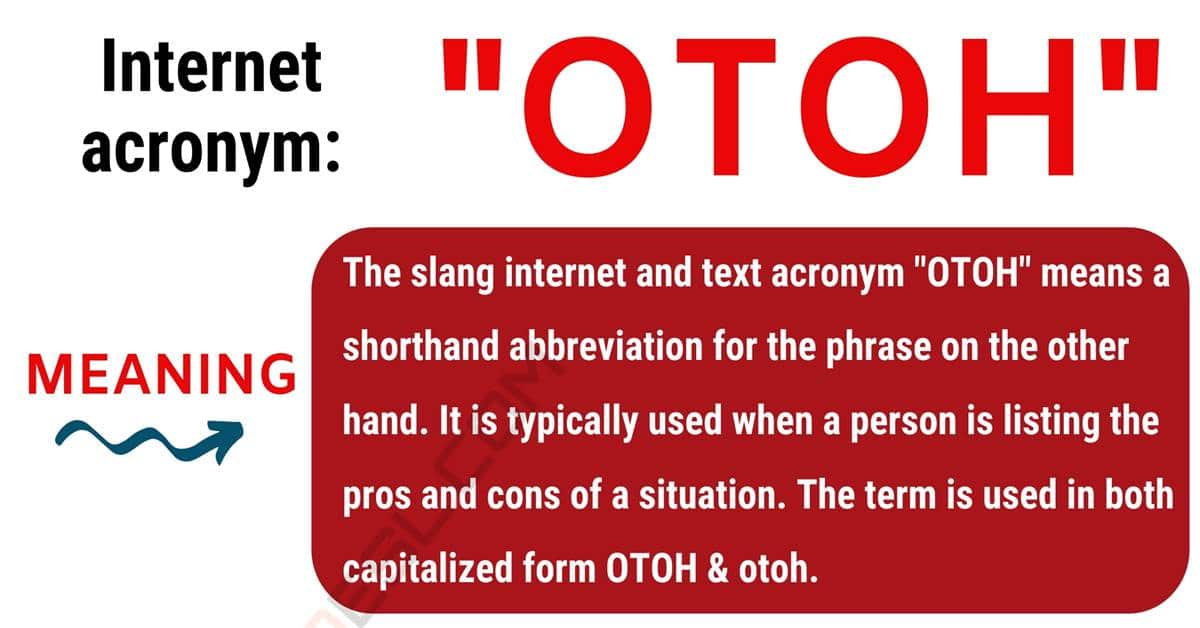 What Does OTOH Mean?

The slang internet and text acronym “OTOH” means a shorthand abbreviation for the phrase on the other hand. It is typically used when a person is listing the pros and cons of a situation. The term is typically used in its capitalized form (OTOH), but using the lowercase form is acceptable as well and still maintains the same meaning.

There is little known about the origin of this acronym, other than to say it became popular and widely used in the 90s as an acronym for on the other hand in all forms of electronic communication.

There are some different meaning of this acronym, depending on the source. One other official meaning of “otoh” is said to be on the one hand. The Urban dictionary also has the meanings “on top of her” and “overthrowing the orange Hitler” (aka impeaching the current US President). However, these are not officially recognized translations of the acronym.

An internet chat exchange between a couple planning a date.

Other Ways to Say “OTOH”

There are several alternative ways you can say “OTOH” without using the abbreviated acronym. Some other ways you could state this phrase and convey the same meaning include: 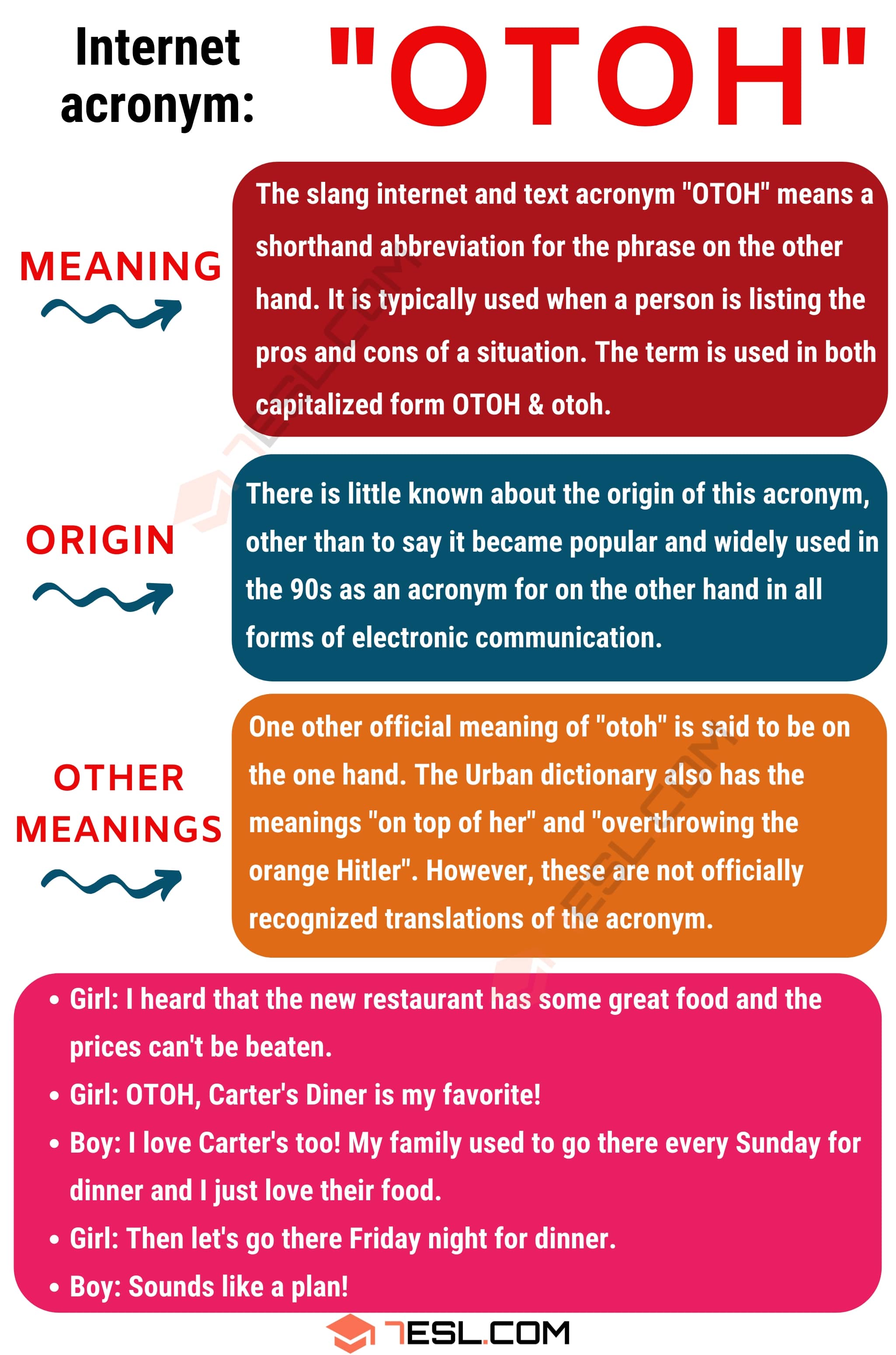