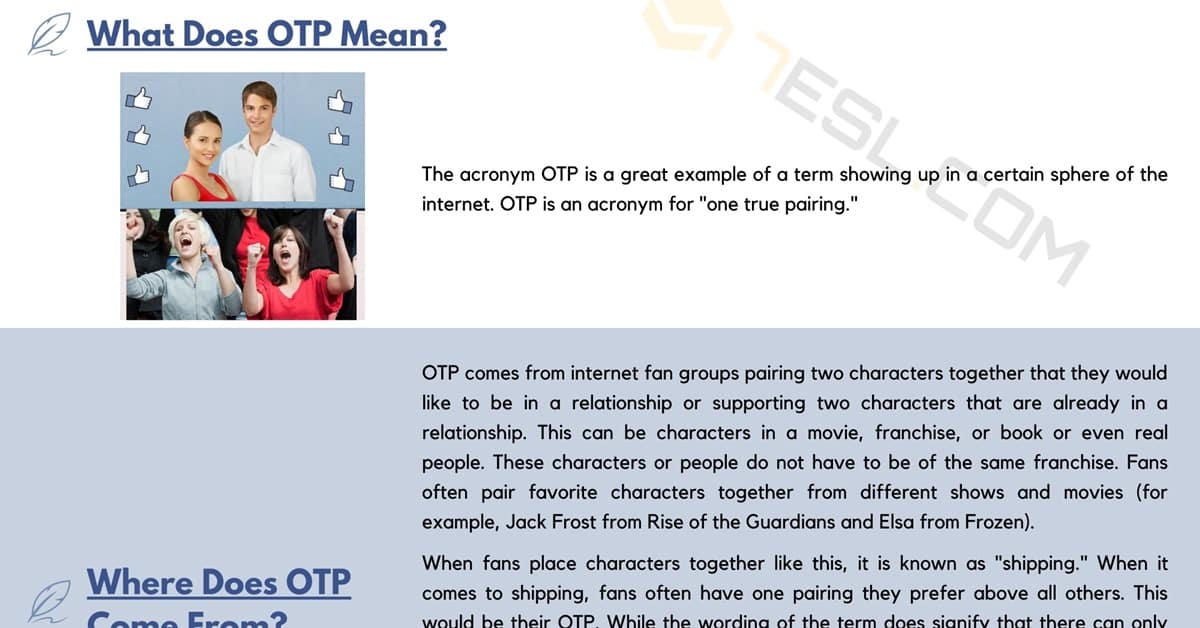 What does OTP stand for? In this day and age, the internet evolves incredibly fast. From the use of GIFs to introducing new vocabulary, it can be hard to keep up. While some are easy to figure out, others can be a bit more obscure. If you feel a little bit lost, you aren’t alone. Some can pop up in different areas of the internet, working their way into mainstream culture.

What Does OTP Mean?

The acronym OTP is a great example of a term showing up in a certain sphere of the internet. OTP is an acronym for “one true pairing.”

Where Does OTP Come From?

When fans place characters together like this, it is known as “shipping.” When it comes to shipping, fans often have one pairing they prefer above all others. This would be their OTP. While the wording of the term does signify that there can only be one true pairing, fans can have several OTPS and often do. Overall, it just signifies the intensity of how much they enjoy the relationship.

Internet fans of certain pairings still use the term OTP, though the rise of the term was prevalent in the early 2010s. Fans often will tag their creative content with OTP or comment this on others’ work. You can often find the hashtag OTP on Twitter with favorite pairings in TV shows. In addition to the fan sphere of the internet, the term may be used on everyday Instagram or Facebook posts. If someone would post a picture of them and their significant other, one of their friends may comment “OTP,” showing their support of the couple on the post.

Other Meaning of OTP

If you were wanting to use the term online, there are a few different contexts in which you could do it. For example:

Another example of OTP:

When it comes to the term OTP, there isn’t necessarily a synonymous term. The closest that it would come to would be “shipping,” though it lacks the elitism or favoritism that OTP brings to the table. All in all, OTP is a great way to express your favoritism on a relationship and is easy to throw into conversations. Go ahead and try it out! 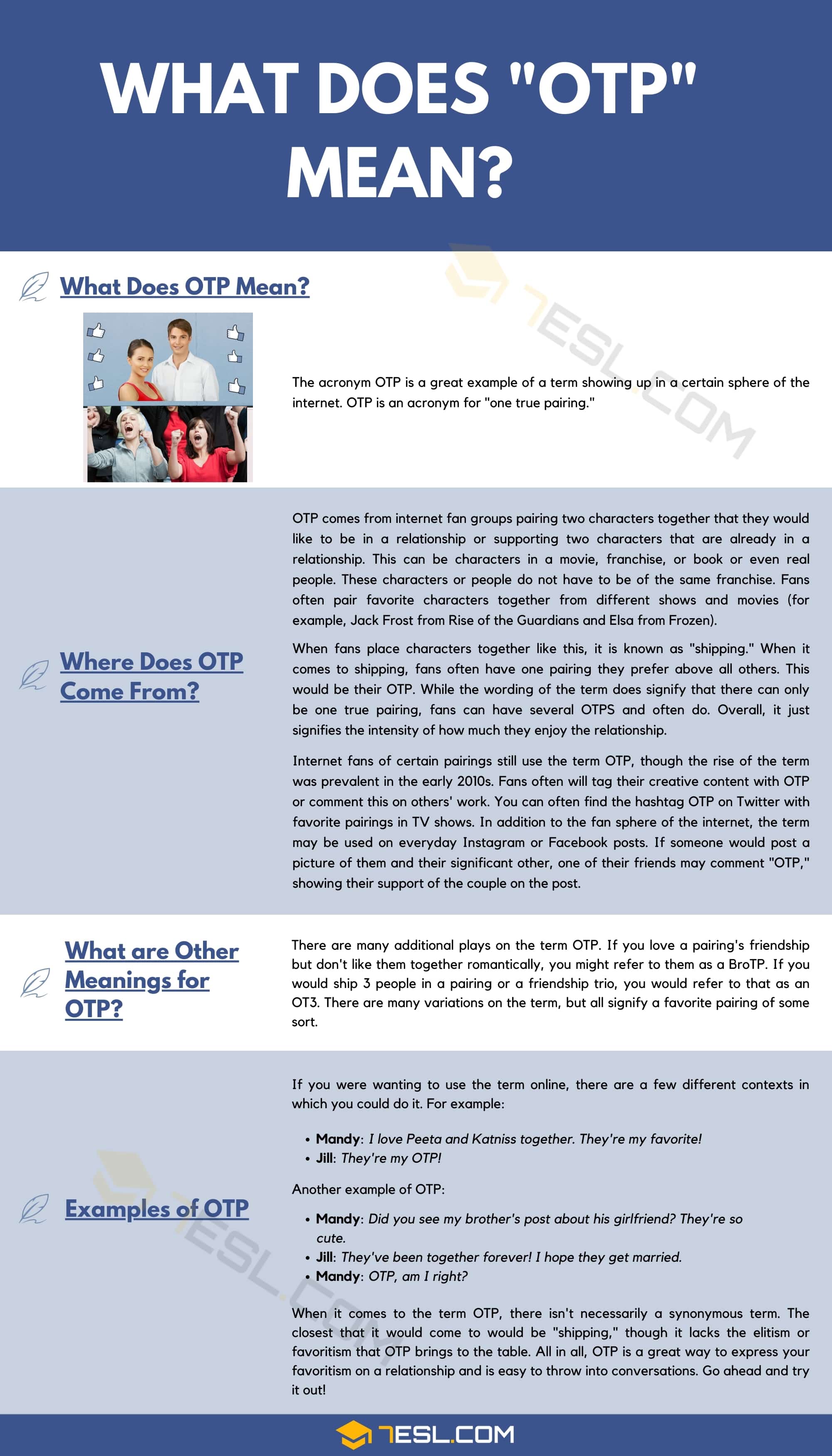