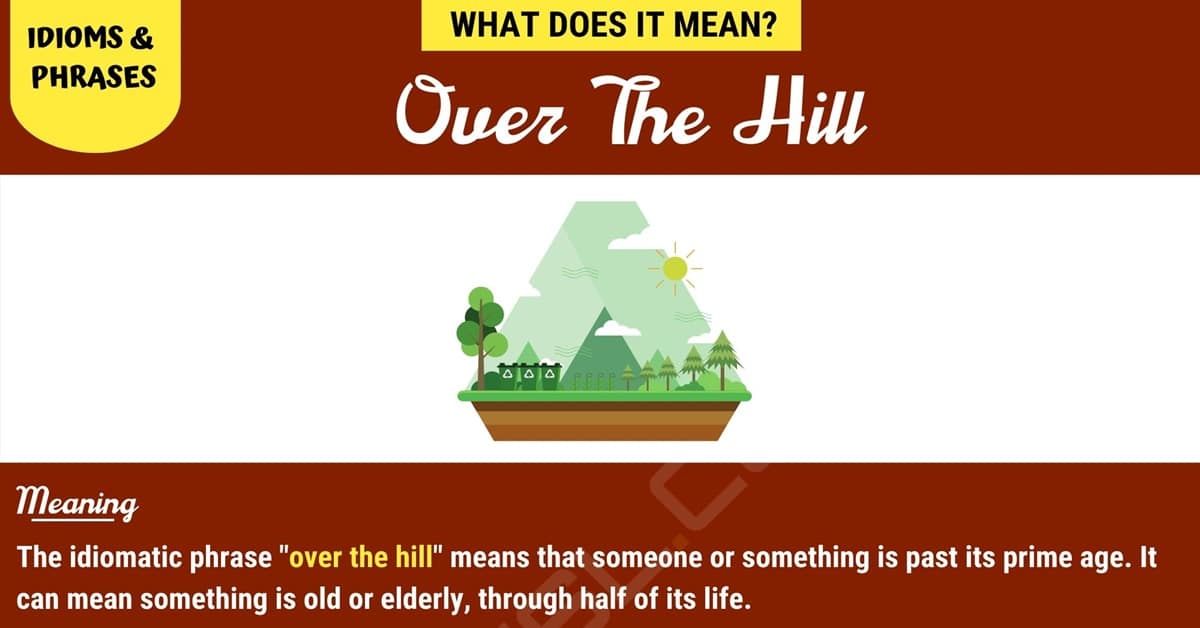 “Over the hill” is a phrase that is used all the time, so you will likely encounter this phrase quite often. Although the phrase might sound like someone walking over a hill, this is far from the case. Continue reading to find out the real meaning of this phrase and the information regarding its origin. You will also want to take a look at the example sentences and conversations provided to learn how to better use this phrase for yourself. Lastly. there are some suggestions offered to use in place of the phrase “over the hill” and still convey the same meaning.

Over The Hill Meaning

The idiomatic phrase “over the hill” means that someone or something is past its prime age. It can mean something is old or elderly, through half of its life.

The idiom “over the hill” made its first appearance in the 1950s in this figurative sense. It stemmed from people illustrating their life as a hill where the peak of the hill represented the halfway point of life. Once they had exceeded this halfway point in age, they were said to be “over the hill” of life.

“Over The Hill” Examples

Alternatives to “Over The Hill”

There are many other phrases or words that you can use in place of the phrase “over the hill.” Some of these alternatives include:

What is “Over The Hill”? | Picture 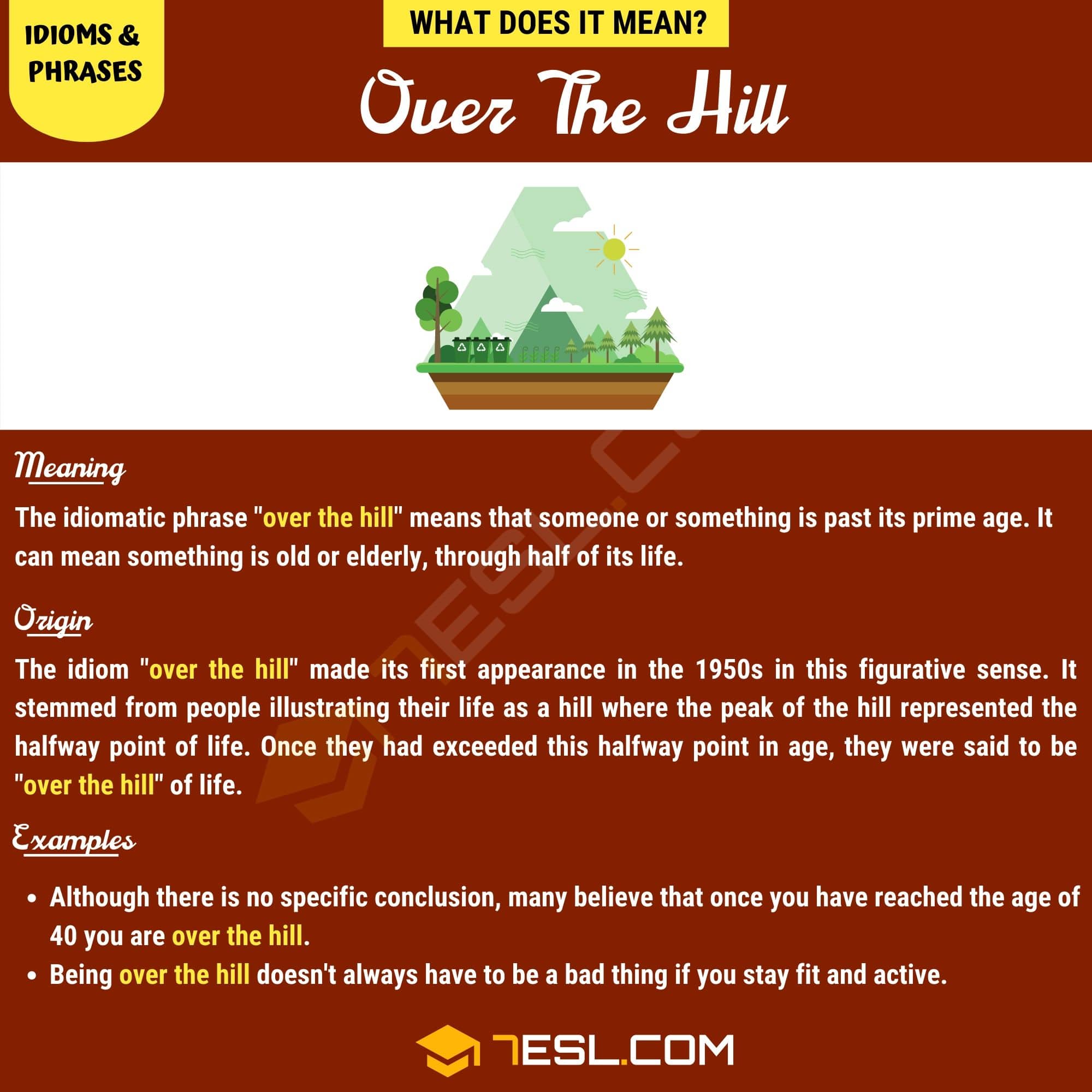